SRU student-athlete to run across the country for cancer charity 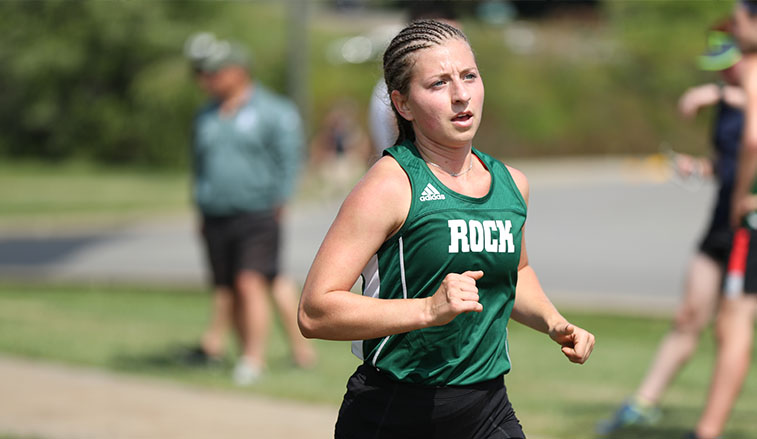 Ellie Pearson, a junior on the Slippery Rock University cross country and track and field teams, will be running across the country this summer as part of the Ulman Cancer Fund for Young Adults’ 4K for Cancer program.

Pearson, a junior psychology major from Saint Marys, is also applying her studies literally: she is minoring in both adventure fitness and leadership. She will make the 4,000-mile journey, June 17-Aug. 4, with 26 other young adults she's never met, all while conducting direct service, seeking donations for supplies and staying in churches and YMCAs. 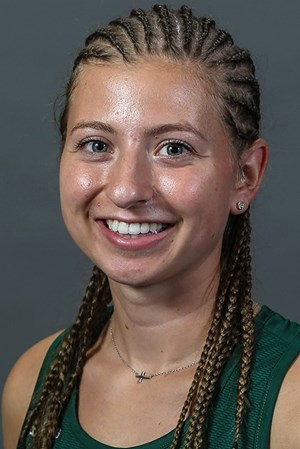 But the most meaningful part of the summer will be the opportunity to spread awareness about young adults with cancer, learn their stories and award scholarships. The UCF, a non-profit dedicated to empowering young adults in the fight against cancer, has organized the 4K for Cancer programs since 2002 for college-age runners and cyclists traveling across the country to raise money for direct patient services.

As part of the program, Pearson has to raise $4,500 for the UCF and review scholarship applications submitted by young adults affected by cancer. The 4K for Cancer group will get to visit cancer treatment centers along their journey and award the scholarships.

"It's going to be a humbling experience because we're going across the country and living off people's generosity for 49 days," said Pearson, who has already raised more than 80 percent of her fundraising goal. "Being able to hear people's stories and what they've been through, I just think it's going to be such an eye-opening experience to go through."

Pearson first learned of the UCF 4K for Cancer programs through her church, Saint Marys Catholic Church, which hosts biking teams through the organization. However, her inspiration to spread cancer awareness came from the loss of her aunt, Mary Wendel, to Stage 4 pancreatic cancer in 2016.

"We moved a lot and I didn't have that many close friends that I grew up with," said Pearson, whose father was in the U.S. Air Force and whose family lived in seven states. "My aunt, she acted like a kid; we were the same person. One summer, her skin was looking yellow and she went to the doctors and they told her she had three months to live but she ended up living 33 (months). When people get sick and knocked down, they blame God, but she just got so much stronger in everything she did."

Although the 4K for Cancer team will cover 4,000 miles, the participants won't actually be running that distance. They will run between eight and 16 miles per day while driving in vans the remaining 100-plus miles.

"I've been counting down the days, but now that it's almost here I'm like, 'Oh boy, this is about to be real,'" said Pearson, who will be running on mostly two-lane roads with speed limits of 55 mph or slower. "It should be interesting to push myself that way."

Pearson said she will miss family reunions and having a summer job during her 49 days away, but she'll be doing what she enjoys.

"I just thought it would be super-cool," Pearson added. "I love traveling and I love running. This puts them together and it's for a good cause."

To learn more about 4K for Cancer and to donate to Pearson's fundraising goal, click here.