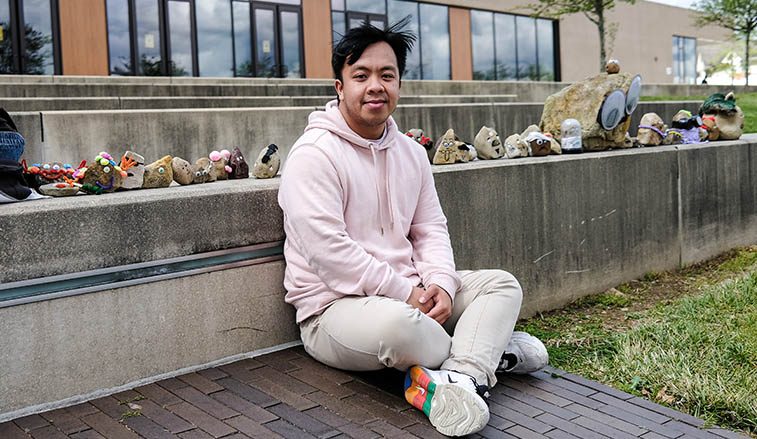 SLIPPERY ROCK, Pa. — Only at a place nicknamed "The Rock" could a family of pet rocks find a home and gain national attention. It all started when a student at Slippery Rock University placed a pet rock with googly eyes on campus and shared it on social media. Then he added another pet rock the next day, and another the day after that, and so on. After a month and several creative iterations of the pet rock, a lot of people started to notice, including a television audience.

"I just thought it was pretty cool to put googly eyes on rocks," said Johnny Phommachanh, a senior management major from Shillington. "I had people tell me it's really funny because our school is called Slippery Rock University, but I really didn't really think about how it goes hand in hand with the University name; I was just doing this for fun."

Phommachanh was also unaware that pet rocks were once a fad in the mid-1970s when people purchased them as toys and they became a collectors' item. Pet rock enthusiasm has apparently resurfaced as other people added their own pet rocks to Phommachanh's collection. Students passing by the rocks outside the Smith Student Center, where Phommachanh works as an information desk attendant, also started snapping selfies with the rocks and began recognizing Phommachanh as the one who started it all.

Here's how it got rolling: Phommachanh entered a pet rock he named "Clyde" into an online contest for best pets that was sponsored by the Delta Zeta sorority at SRU. People voted through an Instagram poll with Clyde not making it past the first round. Phommachanh then put Clyde up for adoption, leaving the pet rock Clyde outside the SSC with a note asking if someone would take the rock home with them.

And while Clyde eventually found a new home, it wasn't before Phommachanh was compelled to create another googly-eyed rock to place outside the SSC. This time he posted a video on his TikTok account that resulted in that pet rock being taken the next day.

"I was like, 'Why didn't that happen for the first one?,'" Phommachanh said. "So, I said, 'You know, I'm going to keep doing it because I think it's pretty funny. I have a lot of googly eyes that I don't know what to do with. I didn't think this would blow up like it did or anything like that, then I started watching the reactions (people had to the rocks) from inside the building. And the rest is history."

Phommachanh added a new pet rock every day for more than 40 days and posted videos on TikTok. He enlisted the help of friends, including Abigail McKay, a senior secondary education-English major from Reading, to come up with ideas, gather supplies, record and produce videos, provide transportation and even do some heavy lifting. On April 14, Day 23 of the project, Phommachanh and his roommate, Conor Coughlin, a senior management major from Tidioute, carried a rock about two feet wide and weighing 50 pounds with googly eyes the size of dinner plates to join the others.

"I was getting more creative with the faces and I told my roommates and friends that I wanted to see what would happen if we got this really big rock," said Phommachanh, who got the biggest rock that could be carried by two people and fit in a car. "After that one, it really kind of took off."

A producer from the television show "Right This Minute" took notice of Phommachanh's rock collection and messaged him. The rocks were featured on a two-minute segment of the show that aired April 29.

"I was surprised by all the positive reactions; I had people coming up to me saying how happy they were to see them," Phommachanh said. "I even had people from other schools messaging me about how much this means to them."

Although Phommachanh has an art minor, he doesn't consider himself a great painter or drawer when it comes creating the next Clyde. And not all the rocks are his, as some other students joined the effort as well. There were more than 50 rocks on display by Day 40, the day of SRU's commencement. Phommachanh graduated May 1 and left campus, but he hopes the pedigree of Clydes will continue to grow. He even started leaving Clydes in random places elsewhere with a message on the back that includes his TikTok screen name.

"I'm just glad it brings joy to people," Phommachanh said. "Even for a normal guy like me, you can do anything to spread some joy, positivity and happiness to others, even if it's just filming pet rocks placed on campus."

He put down the rocks and The Rock community was lifted up. 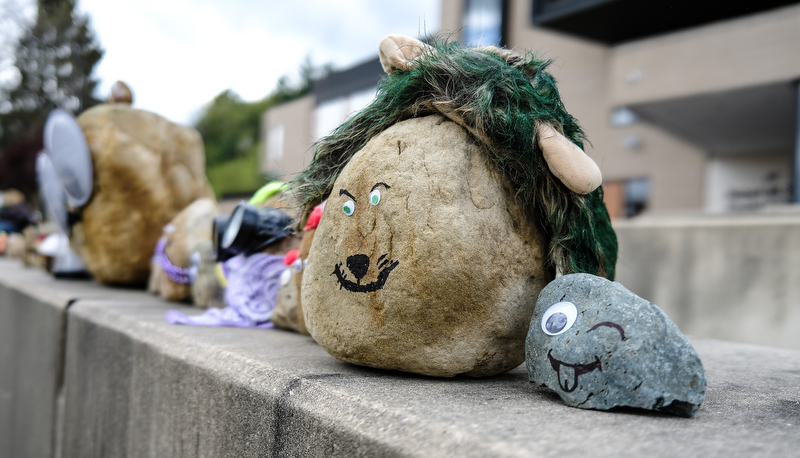 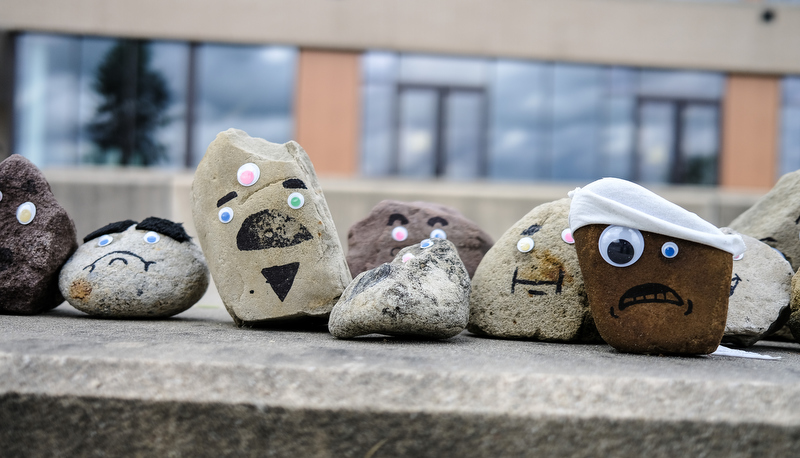 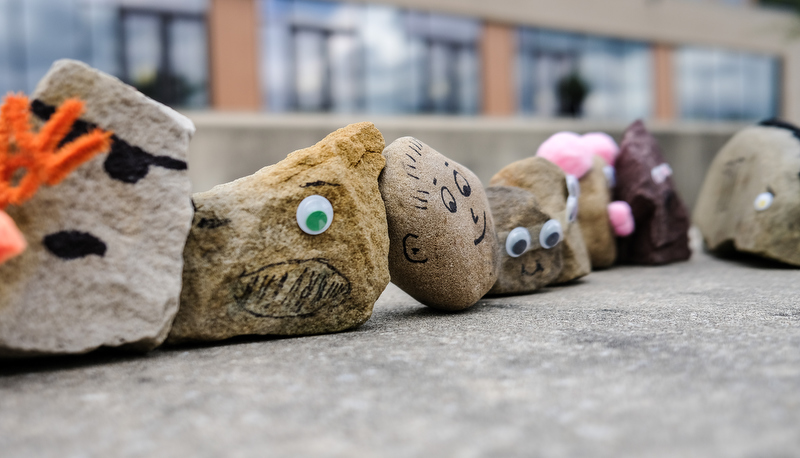 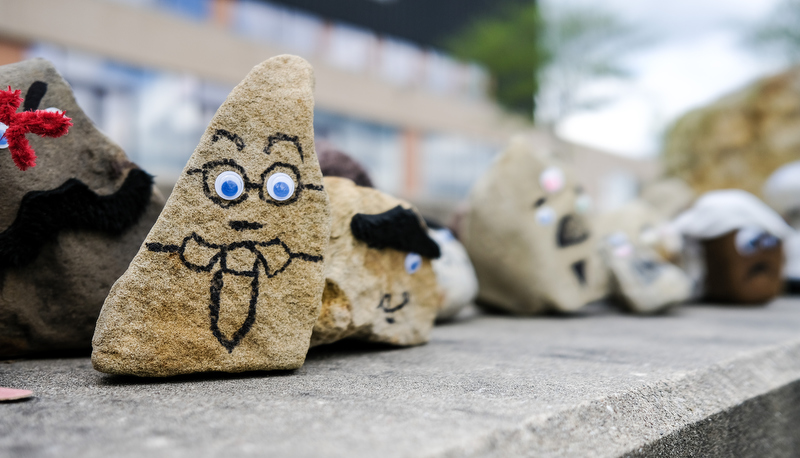 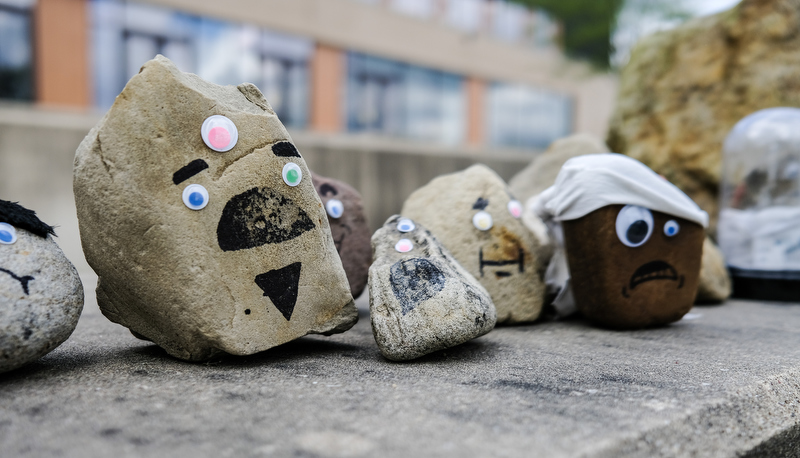 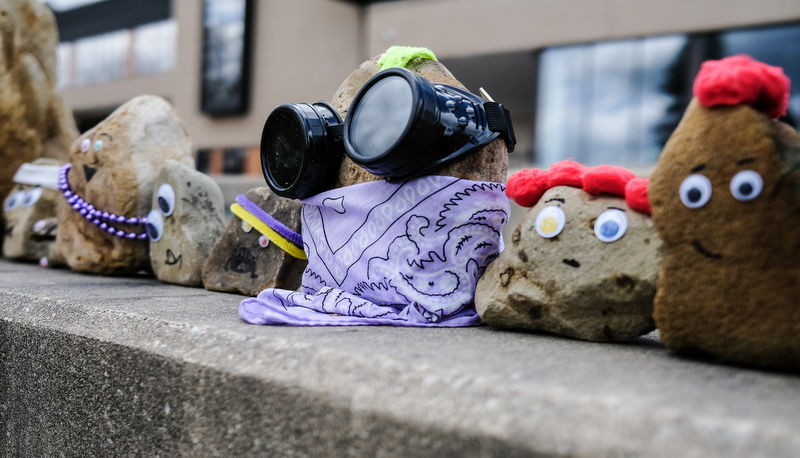 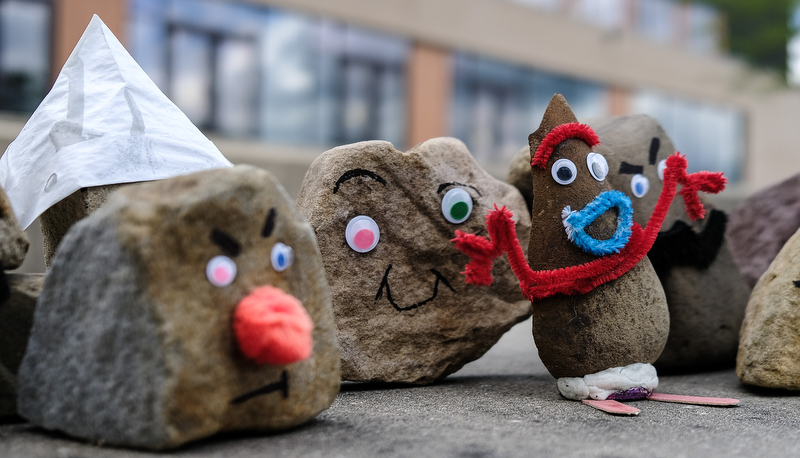