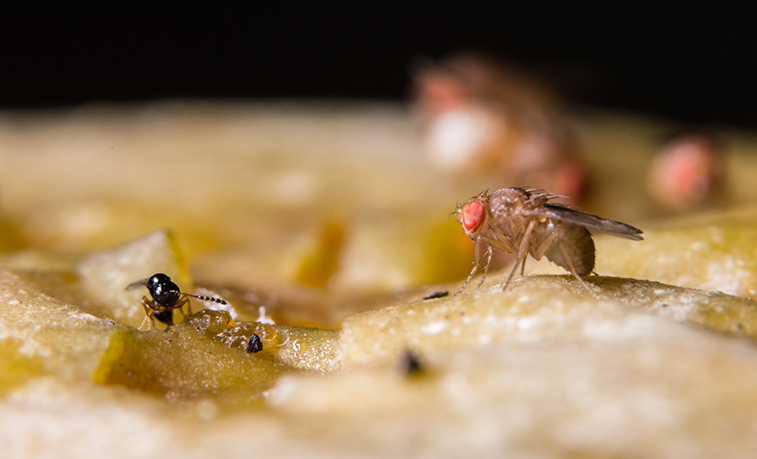 Austin Shirk, a Slippery Rock University junior biology major, conducted research at SRU dissecting fruit fly larvae and treating them with a chemotherapeutic agent. Shirk has been accepted into a 10-week research experience for undergraduates at Boston College this summer studying molecular biology.

SLIPPERY ROCK, Pa. — Good things come in threes, as the adage goes, and that's certainly the case for Austin Shirk, a Slippery Rock University junior biology major from Elizabethtown. Shirk received not one, not two, but three offers to participate in research experiences for undergraduates. REUs are competitive, paid research assistant positions for undergraduate students to work on research projects at a host institution, typically a large, research-level university.

Shirk could only accept one offer, choosing to conduct molecular biology research at Boston College, June 2 to Aug. 9. Boston College will pay Shirk $5,500 for the 10-week appointment, as well as provide a food stipend and travel experiences.

"I'm really excited and it seems too good to be true," Shirk said. "I've never been to Boston before and it's a place I wanted to explore. I'm looking forward to conducting research outside of my typical SRU environment. This will be a good challenge for me and I feel like this is a way I can broaden my perspective and apply my biology education." 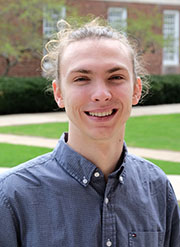 Shirk will be assigned a mentor from BC where he will be a part of a research team that studies ribonucleic acid, or RNA, which is a molecule found in all living cells. RNA acts as a messenger, carrying instructions for controlling the synthesis of proteins and gene expression. Shirk will be analyzing the evolution of non-coding RNA and identifying previously unknown RNAs.

"We're very excited for him," said Stacy Hrizo, SRU associate professor of biology. "REUs are competitive to get into and it's quite an accomplishment to get accepted. To complete for REUs, you have to distinguish yourself in some way beyond getting good grades, and you need to have conducted research and shown an interest in research."

Shirk got involved with research outside of class as a freshman at SRU, first working with Hrizo to study resveratrol, a compound in red wine to see how it was activating a stress response to protect the body.

"I learned as a freshman how important it is to get involved with research," Shirk said. "I've found there's a lot of things in biology that are still unknown and research is a vital part of growing our understanding of the world in which we live."

Last year, Shirk started researching Bortezomib, a chemotherapeutic agent that functions in a similar manner in both humans and Drosophilas, also known as fruit flies.

"Believe it or not, there's a lot of analogous systems in fruit flies as compared to humans," Shirk said. "Fruit flies are very tiny and I dissected their larvae and isolated their salivary glands. I treated them with an anti-cancer solution and eventually brought the samples to the imaging room using a confocal microscope. I'd look for a transcription factor to see if it is binding to the promoter site of the DNA."

While this may already seem complicated, Shirk will expand his knowledge at BC, where he will be introduced to doctorate-level research.

"The RNA research is going to be completely different," Shirk said. "I'm looking forward to it because I want to grow (as a researcher) in a way that I haven't before."

"(Students) are learning scientific techniques in labs (at SRU) and we're doing a lot of hypothesis-driven research, but that's different than working at the bench every day of the week and working on experiments that have never been done before and trying to get them to work," Hrizo said. "There's a lot of value in that process."

Shirk said that the classes he's taken at SRU and the research he's conducted with Hrizo and Martin Buckley, assistant professor of biology, helped prepare him for the REU. He also has experience presenting award-winning research. Shirk's poster for his resveratrol research won first place at last year's Sigma Xi Regional Undergraduate Research and Creative Accomplishment Conference. He has also presented posters at the National Collegiate Honors Council Conference in Atlanta, the Commonwealth of Pennsylvania University Biologists annual meeting and at the Undergraduate Research at the Capitol Pennsylvania Conference in Harrisburg.

While REUs are competitive, Shirk isn't the first SRU student to be accepted. According to University administrators, each year one or two students get accepted into REUs. For example, Emily Reed, a 2019 graduate with a degree in biology, completed an REU at the University of Wisconsin last summer, conducting biofuel research. That led to her acceptance at the University of Florida where she will pursue a doctoral degree in plant molecular and cellular biology.

Anna Heasley, a senior biology major from Volant, will go to Old Dominion University this summer for an REU to study the human impact on climate as it pertains to the world's oceans.

"This research project will give me hands-on experience and allow me to work with experts, as well as give me the chance to contribute new ideas," said Heasley, who will study organisms in the ocean and the effects climate change has on their populations. "The REU will help me develop transferrable research skills and improve my understanding of the oceans as I pursue a graduate degree in marine science."

Shirk remains undecided about his postgraduate plans but he is certain that he will benefit from the REU.

"I came into college having my eyes set on medical school but I've been open to other careers," Shirk said. "This experience will be good because I can see what I like and what I might not like."