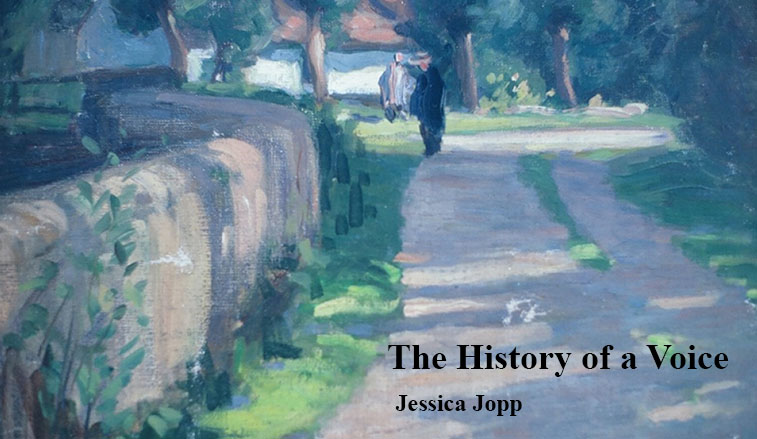 Jessica Jopp, a Slippery Rock University instructor of English, wrote a collection of poetry titled “The History of a Voice,” that was published earlier this year. Her debut novel, “From the Longing Orchard,” is scheduled for release in spring 2023.

SLIPPERY ROCK, Pa. — Writing a novel and getting it published are no easy tasks. Authors know it takes continual revisions, feedback and grabbing the attention of the right people. After several years of working intermittently on her novel, Jessica Jopp, a Slippery Rock University instructor of English, has turned the corner on producing what she and her publisher hope is a page-turner. Jopp recently won the 2020 Quill Prose Award from Red Hen Press, which includes $1,000 and the publication of her novel, "From the Longing Orchard," scheduled for release in spring 2023.

"I remember telling students that I've been working on something for several years and they'd ask, 'How can you do that; don't you get bored with your own work?'" Jopp said with a laugh. "But there are many components to writing a novel. Part of it is persistence and believing in the project, part of it is being open to advice and part of it is luck."

If any part of Jopp's journey can be attributed to luck, it's that the judge who happened to be assessing the Quill Prose Award last year is a poet. Jopp, who is primarily a poet, had her collection of poetry, "The History of a Voice," published by Headmistress Press earlier this year. Margaret Gibson, the Connecticut state poet laureate, called the work "a triumph of the imagination," but Jopp's work to publish her first novel has been a triumphant journey for her as a writer. 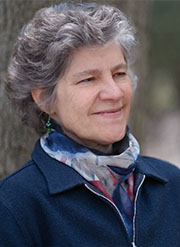 "It's been quite a challenging process and when I saw the application for the Quill award I figured I'd give it a try," said Jopp, who has been an English instructor at SRU for nine years. "Presses will put out a call for submissions and they'll receive hundreds or thousands of manuscripts. This one had fewer submissions, but I was thrilled when I found out they picked my book."

In each of the last five years, Red Hen Press has awarded the Quill Prose Award for a previously unpublished short story collection, novel, or essay collection by a queer (LGBTQIA+) writer. "From the Longing Orchard" is a work of literary fiction, meaning that it's not categorized in such fiction genres as mystery, romance or science fiction. The novel is about a young woman named Sonya Hudson and it follows her childhood.

"It's a coming-of-age story," Jopp said. "It's like a lot of novels in that it's about the ways in which different circumstances affect people's behavior. There are questions about the way things like grief or poverty affect people, and it's also about homophobia, and the damage that it can do."

Jopp thought she had the novel finished when she first attended the New York State Writers Institute -- more than two decades ago. At that time, she received advice from Tony Eprile, a South African writer who she studied with at the institute in 2000, and she implemented structural changes that Eprile recommended. She revised the novel again in 2013 based on further advice from Claire Messud, an American novelist and author of the national bestseller "The Emperor's Children."

"After I followed her advice, I made content revisions," Jopp said. "I benefited greatly from attending the institute and after finishing the novel around 2015, I've since been sending it out here and there to different publishers until I received the Quill award."

Jopp's versatility as a poet is exhibited in her recent book, "The History of a Voice," which features first-person lyrical poetry, in both free verse and sonnets.

"I write a lot of poems about relationships, family and the natural world," Jopp said. "There are poems in the book about the death of a friend and sisterhood."

Jopp began writing when she was 12 years old, experimenting with different forms and finding inspiration is all sorts of ways.

"It sounds vague, but I'm inspired by living the day to day," Jopp said. "Something will inspire me, whether it's looking at a tree while I'm on a morning run or something I read in a science journal. It's always something that inspired wonder, when you say to yourself, 'Wow, that's amazing.'"

More information about the Quill Prose Award is available on the Red Hen Press website. Jopp's "The History of a Voice" is available to purchase on Amazon.