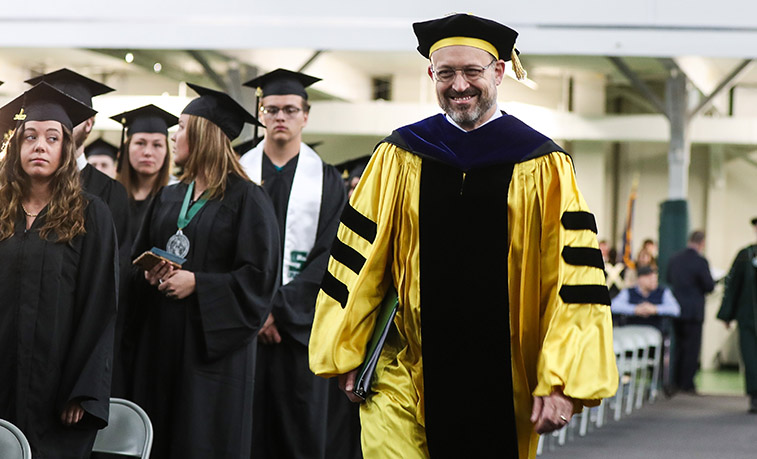 Michael Zieg has been appointed interim provost, effective immediately and extending through the 2022-23 academic year.

Zieg, who was named acting provost April 4, was named to the interim position for the next year after consultation with SRU's college deans and leadership from the University's chapter of the Association of Pennsylvania State College and University Faculties.

"Our deans, faculty leadership, and I all agreed that in the short time Michael has been at the helm of the Provost's Office, he has shown a clear understanding of the key issues at hand and his familiarity with our campus and its constituents has allowed him to be a very effective leader," said Behre. "I look forward to continuing our work together as we prepare for another academic year."

Prior to being named acting provost, Zieg had been serving as SRU's associate provost for academic finance, strategic initiatives and assessment, a post he was appointed to Jan. 3. Previously, Zieg served as SRU's interim dean of the College of Health, Engineering and Sciences, from August 2019 to January 2022. He served as a faculty member at the University beginning in 2003.

"I'm excited to continue working with the president, across our colleges, and with our faculty," said Zieg. "We have so many talented people and I look forward to collaborating with them as we continue to move SRU forward in a positive direction and in service to our students."

In conjunction with the elevation of Zieg to interim provost, the University will launch an internal search for an interim associate provost, to be in place prior to the fall 2022 semester.