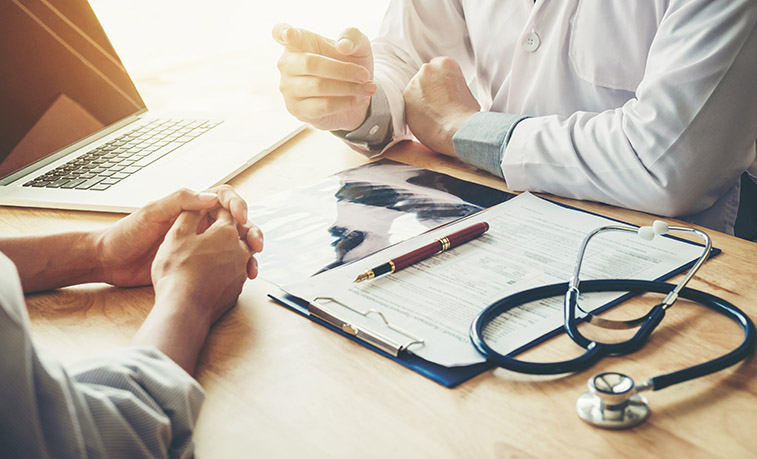 SLIPPERY ROCK, Pa. — Being able to successfully communicate and relate to one another's cultures are competencies that can benefit people engaged in business and the world at large. But for health care providers, cultural competencies can be the difference between life and death. A great example of this is how Spanish-speaking immigrants in the U.S. receive health care. Researchers at Slippery Rock University conducted a study examining how intercultural communication influences the acceptance of the best possible health care by Hispanic patients.

"Doctors often enter the workforce without being taught cultural competencies and they don't know how to serve immigrant populations," said Monica Yost, a senior dual biology and modern languages and cultures major from Slippery Rock. "You have people living in the U.S. who don't want to see a doctor because they don't trust them or they have bad experiences with them." 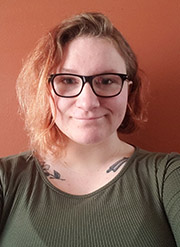 Yost conducted qualitative research, including interviews and surveys, with a group of five participants who immigrated to the U.S. from a Spanish-speaking country, but had lived in their native country until they were adults and are fluent in both Spanish and English. Despite these qualifiers, she identified breakdowns in how well patients maintain relationships with their physicians.

"Communication is important in any sector, but especially in health care where you have people who are from different backgrounds, different traditions, they speak different languages, and they have to communicate both what they feel and their fears to health care professionals," said Alessia Zanin Yost, an SRU instructor of library and health science librarian. "And a lot of times there is miscommunication from both sides."

In addition to being Yost's faculty mentor and principal investigator of the study, Zanin Yost is an immigrant who was born and raised in Italy, and she is also Yost's mother.

"It was nice because I could talk to her about (the research) very easily, but I knew that she wouldn't give me any kind of slack," Yost said. "My mom knows what I'm capable of, so she made sure that, at every single step of this of this project, I was involved and doing as much as I could."

After a group of 14 participants from around the country were identified, five participants completed the protocol and Yost administered the surveys and conducted virtual interviews. As part of the study, participants rate the importance of four main Latin cultural values based on their interactions with their health care providers:

"Familismo" (closeness to family members) and "fatalism" (fate is predetermined by a higher power) were not rated as important than "respeto" (courtesy toward people's ages, gender and social status) and "personalismo" (communication and caring for others). The latter two values are traditionally considered "bedside manners" in the U.S. But bedside manners are related to politeness and interactions in a hospital room, not overall communication. 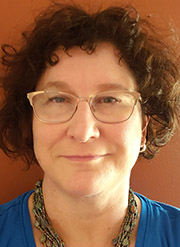 "It's undeniable that (lack of communication) is not like a good thing," Yost said. "Doctors need to take the time to actually get to know their patients and their lives, more than just their symptoms. The nurses are often the ones who ask all the questions and get to know patients. This is partially due to the fact that our health care system is not preventative; it's more of diagnosing a problem and then treating it."

The researchers recognize that doctors are often overwhelmed and taking the time to get to know patients might not be possible, but they identified a distinct difference between health care in the U.S. compared to other countries.

"It's more outcome-driven and you don't see any holistic methods (such as herbals, relaxation or massage)," Zanin Yost said. "It's heavy on medicine and doctors saying, 'If this doesn't work, try this medicine.' They don't look at the cause of the issue."

The researchers said there are many solutions to the lack of cultural competencies, from specific training in medical school, which is often part of the nursing curriculum, to general awareness. Zanin Yost said she is hopeful that SRU, with its growing health professions programs, will incorporate cultural competency training in classes and workshops.

Yost and Zanin Yost will present their research, May 18-21, virtually at the International Congress of Qualitative Inquiry. Additionally, Zanin Yost was chosen for through a national selection process to participate in the Medical Library Association Research Training Institute, which is a yearlong program in which Zanin Yost will research the communication behaviors of health care professionals interacting with immigrants in Italy.

"I really enjoy doing this research because I can see the impact and I feel like it really matters," Yost said. "Through my research, I can see the impact (more training and awareness) would have in cultural competency as advocating for immigrants. I'm considering getting a major in social work (in addition to her two other majors) and helping Hispanic immigrants, so this project is a game-changer for me."

Learn more about Yost's research by viewing her poster presentation as part of SRU's Symposium for Student Research, Scholarship, and Creative Activity.