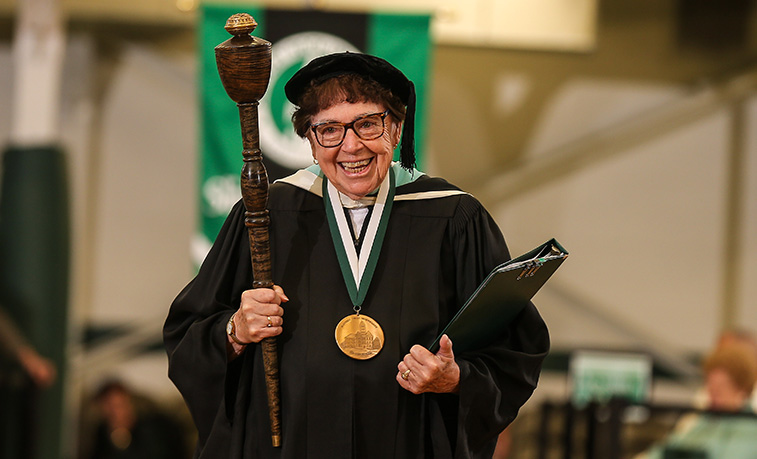 SLIPPERY ROCK, Pa. — It's been almost four years since the Slippery Rock University community said goodbye to Wilma Cavill. After spending nearly 60 years at the University, the former assistant professor of safety management, called it a career in December 2015, leaving behind an incredible legacy.

May 15, the Rock Nation had to say goodbye to Cavill one more time as the woman lovingly known as SRU's "elder statesperson" died at the age of 88.

Cavill began her affiliation with SRU in 1948 as a physical education major and member of the gymnastics team, serving as captain her junior year.

After graduating, Cavill taught physical education in her hometown and received her master's degree in education from Westminster College. 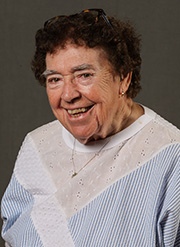 In 1958, Norman Weisenfluh, SRU president from 1953-1964, invited Cavill to campus to talk to her about returning to the University. Cavill accepted a position supervising student teachers and as an aquatic specialist, and she never looked back.

Within two weeks of her employment, Cavill would begin a six-year run coaching gymnastics, serving as head women's coach and assistant men's coach.

Cavill served under and commanded the ear of nine presidents (14 if you count all the actings and interims), pioneered women's athletics and settled disputes as a faculty union leader, all while educating thousands of students.

She was instrumental in the development of the Association of Pennsylvania State College and University Faculties, the organization that represents faculty and coaches, and was a member since its founding in 1971.

The University surprised Cavill, who had served as SRU's grand marshal for commencement and other academic programs, with an Honorary Doctor of Public Service during the 2015 winter commencement ceremonies.

Then-SRU President Cheryl Norton awarded the surprise honorary degree on behalf of the council of trustees and the University. "This honorary degree for public service recognizes the immeasurable contributions Wilma has made to Slippery Rock University and more importantly, the students we serve," Norton said at the time of the presentation.

At the time of her retirement, she was the longest serving faculty member in Pennsylvania's State System of Higher Education.