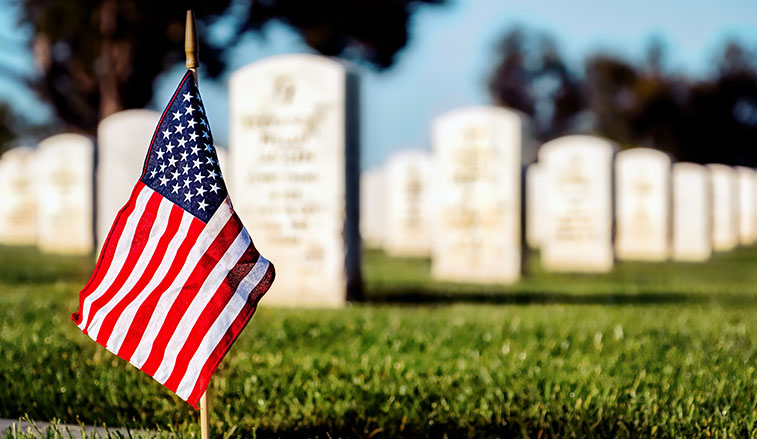 SLIPPERY ROCK, Pa. — Memorial Day is observed in the United States, May 27, this year. Although the meaning and even the name of the national holiday has diverged and expanded from what its organizers intended, the original purpose is not forgotten, according to Alan Levy, Slippery Rock University professor of history.

"Memorial Day has evolved in a sense that it's become more fully a day of remembrance," said Levy, whose taught at SRU for more than 30 years and specializes in U.S. history, including the American Civil War. "It was tied to the aftermath of the Civil War and it was strictly focused on (soldiers) who died serving their country."

Three years after the end of the Civil War, which claimed 625,000 lives, Maj. Gen. John A. Logan, the head of the Union veterans organization, declared May 5, 1868, that Decoration Day should be observed May 30 as a time for the nation to decorate soldiers' graves with flowers, which by that time of year would be in bloom across the country.

Following World War I, Decoration Day, which by then had transformed into Memorial Day, was expanded to remember all fallen soldiers, not just those from the Civil War. Additionally, Veterans Day, also known as Armistice Day, was first recognized, Nov. 11, 1919.

"Since then, we've celebrated Veterans Day and Memorial Day interchangeably as a dedication to the armed services and those who served their country and died," Levy said. "There's a conflation of the two, and that's not necessarily a bad thing."

Memorial Day became an official federal holiday in 1971, observed on the last Monday in May, and thereafter became known as the unofficial start of summer and a weekend for leisure activities.

"Because it was a day off work for so many people it has become easily associated with a day of relaxing," Levy said. "Having an outdoor barbecue, attending a ballgame or getting together with friends becomes naturally linked. Purists who are ever so slightly offended by that, if they are socially aware, have long since given up that fight and accepted it."

Still, remembering the lives lost from military conflict should not be overlooked, especially with ongoing overseas conflicts in recent years. According to the most recent report from the U.S. Department of Defense, there have been 16,652 active-duty personnel and mobilized reservists who have died while serving in the U.S. armed forces since 2006, a number which includes 4,526 military personnel who have died in what the DoD defines as "overseas contingency operations." These operations involving enemies of the U.S. and opposing military forces are primarily in Iraq and Afghanistan.

A further way to ensure that sacrifices of fallen soldiers are not forgotten, The National Moment of Remembrance Act, signed into law in 2000, encourages all Americans to pause wherever they are at 3 p.m. local time on Memorial Day for a minute of silence to remember those who have died in service to the nation.

Butler will host its annual Memorial Day Parade May 27 at 10:40 a.m. The parade will begin at Penn and Main Streets, proceed down Main and end at Diamond Park. Following the parade there will be a short ceremony to honor deceased veterans. The public is invited to attend.