Putting Up with the Despicable Preserves Our Rights

From time to time, we find ourselves witness to repugnant speech. This happened recently at Slippery Rock University. This is not the first time our University has faced these issues and sadly, I do not think it will be the last. When events like this happen, I am often called upon to bar the offender from our campus community. While I understand this sentiment, it is generally not possible for me to do this. Moreover, in most cases, it is also not advisable.

I am not a legal scholar. That said, I have spent enough time in public higher education administration to have a working knowledge of First Amendment protections. SRU, as a state university, is a government entity. With few specific exceptions, the First Amendment bars government officials or entities from banning free speech unless that speech is likely to cause imminent lawless action (Brandenberg v. Ohio, 1969). While it may make many uncomfortable, hate speech that does not call for imminent lawless action - including racist, sexist or homophobic rhetoric - is protected by the First Amendment. Some may be disappointed in this reality. However, I would remind those people that the protections for despicable language are the same ones that assure their own free speech rights. 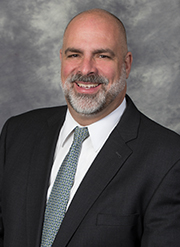 Given the protests that we see daily in our cities and towns, now as much as any time in history, we must protect free speech. Government officials must never be left to determine which speech is acceptable and which is not, even if the speech in question is disturbing to many of us. Frankly, the very freedom that rightfully allows peaceful protesters to stand in Lafayette Park also protects reprobates with cellphones who make late-night diatribes against people who don't look, think or act like they do. I can only imagine the pain this causes the people who are targeted. It is denigrating. It is horrible. But it is also legal.

In my eyes, the ruling in West Virginia State Board of Education v. Barnette, a 1943 Supreme Court case involving religious freedom, provides the most pointed defense of the protection of unpopular belief in the face of government restriction.

In the opinion for the majority, Justice Robert Jackson wrote:

"Struggles to coerce uniformity of sentiment in support of some end thought essential to their time and country have been waged by many good as well as by evil men. . ..As first and moderate methods to attain unity have failed, those bent on its accomplishment must resort to an ever-increasing severity. As governmental pressure toward unity becomes greater, so strife becomes more bitter as to whose unity it shall be. . .. Those who begin coercive elimination of dissent soon find themselves exterminating dissenters. Compulsory unification of opinion achieves only the unanimity of the graveyard. . ..

"But freedom to differ is not limited to things that do not matter much. That would be a mere shadow of freedom. The test of its substance is the right to differ as to things that touch the heart of the existing order. . ..

"If there is any fixed star in our constitutional constellation, it is that no official, high or petty, can prescribe what shall be orthodox in politics, nationalism, religion, or other matters of opinion or force citizens to confess by word or act their faith therein."

As the writer Nat Hentoff has poignantly noted, a few years later, Justice Jackson became a prosecutor at the Nuremberg Trials after World War II and saw the insidious outcomes of coerced speech first hand.

Hate speech is abhorrent. It serves no purpose other than to harm and divide. I find it distressing that some people must put others down in order to feel as if they have built themselves up. Again, abhorrent and distressing, but not illegal.

So, what are we to do when faced with this type of speech? At SRU, we review the incident with our legal counsel to see if the words or actions are protected by the First Amendment. If they are not, we respond within our legal rights. If the incident in question was created through the use of University resources, we see if our policies regarding the use of these items have been violated. If they have, we respond accordingly. In all cases, we seek to work with the individual - to teach them about the effects of their statements and challenge them to critically review their actions.

We are an intellectual community. As such, we must fight ignorance with reason, falsehood with fact. This is an arduous task, but one that is well worth the effort. To paraphrase the British statesman John Morely, you do not convert those with whom you disagree simply because you have silenced them. We should not seek to shield ourselves from ideas we despise and those who espouse them. Our role is to model civility as we confront them and prove them wrong.