The University College Dublin will be one of this summer's destinations for Judy Silva, Slippery Rock University assistant professor of library, as she travels to Ireland Aug. 3-13 to learn best practices from experts in her field.

SLIPPERY ROCK, Pa. - Ireland is known among librarians as a leading country for archival practices, from preserving ancient manuscripts to digitizing records. This summer a professor and archivist from Slippery Rock University is going to the Emerald Isle to learn the secrets of the craft and bring back ideas to benefit SRU and its students.

Judy Silva, assistant professor of library and University archivist, was awarded a $1,000 President's International Professional Development Grant from SRU to visit several repositories and institutions in Ireland, Aug. 3-13, under the mentorship of Kate Manning, archivist at University College Dublin. 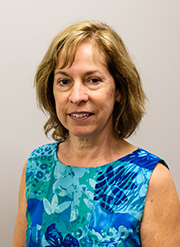 Manning studied at UCD and attended the University of Pittsburgh on a Fulbright Scholarship in 2000. It was at that same time that Silva was there, earning a master's degree in library and information science.

"Kate would always say these interesting things and make interesting remarks about how they do things in Ireland and I always thought someday I'd go there," Silva said. "I finally have the time and was thrilled to receive the grant. This is an incredible learning opportunity for me to do my job better and invest in my career."

Silva's objectives are to learn from archivists and special collections librarians and develop new methods for campus outreach, as well as instruction using primary sources that relate to the curricula at SRU. Additionally, Silva will learn how her peers in Ireland conduct processes related to storing, preserving and making materials accessible, which is particularly timely as the SRU archives is in the midst of adopting new archival software.

UCD, which has an enrollment of more than 30,000 students, is home to Ireland's largest university library that includes four cultural heritage units: archives; special collections; a digital library; and the National Folklore Collection, which is Europe's largest archives of oral tradition and cultural history with more than 12,000 hours of audio and video recordings.

"University archivists and librarians worldwide have similar tasks but UCD is a larger operation and they do it very well, so I want to learn from my colleagues and see how they do things there," Silva said.

The UCD archives houses documents that cover the development of the modern Irish state and commemorations from World War I, Ireland's War of Independence, Partition and Civil War, a period from 1912-22 known as the Decade of Centenaries. The UCD special collections features first editions of 20th century Anglo-Irish literature, including the work of James Joyce, a graduate of the UCD predecessor institution.

Coincidentally, but certainly no rival, SRU's special collections has rare Joyce-related volumes dating back to the 1920s, including a signed first edition of "Anna Livia Plurabelle," a chapter of "Finnegans Wake" that was independently published as a book in 1928. Under Silva's direction, Barbara McIntosh, a 2018 SRU graduate with a degree in English, completed an independent study of SRU's Joyce collection last semester, which was the first such credit-bearing independent study offered by SRU's Library Department.

In addition to visiting with experts from UCD, Silva plans to meet with peers from other institutions in Dublin, including the National Archives, the National Library, Marsh's Library and Trinity College Dublin's Library, the latter which includes the Book of Kells, an illuminated manuscript containing the four Gospels of the New Testament.

"Altogether, I'm excited for this research trip," Silva said. "It is a unique opportunity for me to expand my professional knowledge of archives and special collections."

Silva is one of six recipients of the 2018 President's International Professional Development Grants, which are awarded annually to SRU faculty and professional staff for research and programming in an international setting. To learn more about the grants, click here.