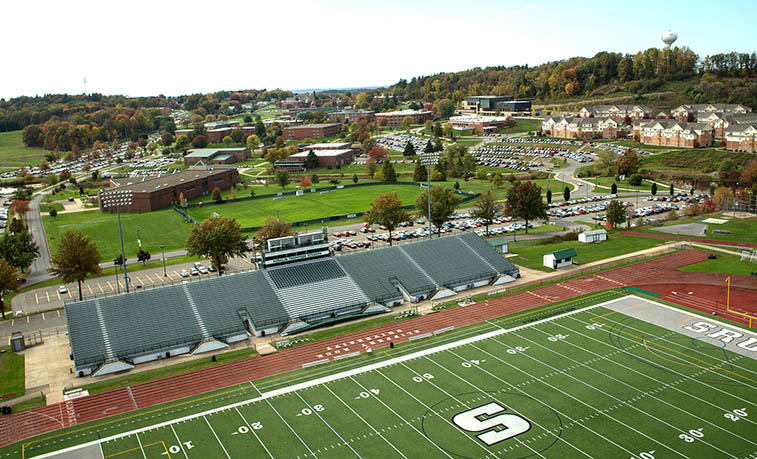 LOCK HAVEN, Pa. — A total of 204 Slippery Rock University student-athletes have been recognized as Pennsylvania State Athletic Conference Scholar-Athletes for maintaining a 3.25 or greater GPA during the 2018-19 academic year.

One hundred forty-two females and 62 males represented SRU on the list. Overall, SRU ranked seventh out of the 18 member institutions in the total number of PSAC Scholar-Athletes and was fourth among the 14 members of the Pennsylvania State System of Higher Education.

Of the 204 student-athletes named, 30 recorded a perfect 4.0 GPA. Additionally, eight of SRU's athletic programs maintained or improved its number of PSAC Scholar-Athletes from a year ago.

The conference as a whole set a new record with more than 3,000 student-athletes from the 18 league members earning the honor. This marks the 11th straight year that more than 30 percent of the total student-athlete population of the league has earned the honor.

The complete list of SRU's scholar-athletes can be found by clicking here. Student-athletes marked with an asterisk (*) maintained a perfect 4.0 GPA.