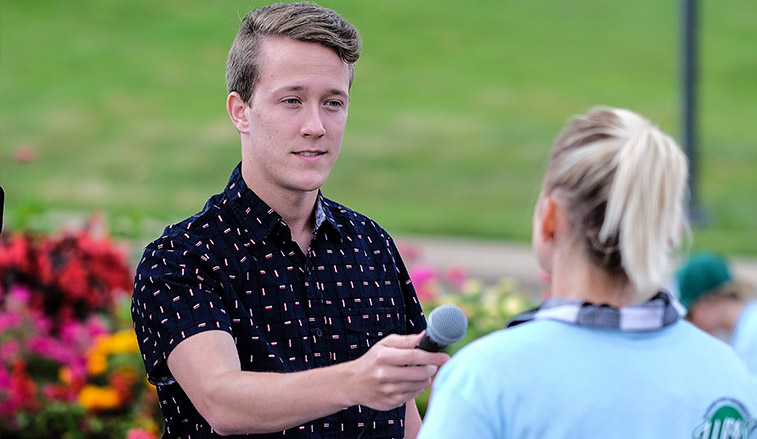 Slippery Rock University communication students learn that quotation is the foundation of journalism. An SRU professor presented his research on news quotation at the European Pragmatism Conference last month in Helsinki, Finland.

SLIPPERY ROCK, Pa. - An American journalism professor may seem out of place at a philosophy conference in Finland, but not if that person is Joseph Harry. The Slippery Rock University associate professor of communication has long studied pragmatism, a branch of philosophy that was founded in America. Harry presented pragmatism-related research of news quotation at the European Pragmatism Conference, June 13-15, at the University of Helsinki.

Pragmatism considers the practical effects of philosophical topics, such as knowledge, language and science. The 'pragmatic maxim' is the notion that the truth and meaning of a given conception are arrived at when all available logical considerations of that conception have been analyzed, and that further logical considerations will continually refine and broaden the truth and meaning. 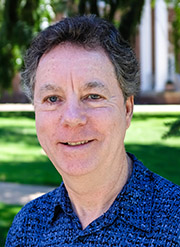 "My goal is to make the connection between philosophic concepts and everyday application," said Harry, one of 24 of the conference's 130-plus attendees to present papers. "Journalism is a professional craft, not a philosophy, but you can connect it with philosophic concepts."

Not only were most of the attendees scholars in philosophy, an area of study that Harry believes to be more renowned in Europe than in the U.S., but presentations about a specific application were also uncommon at the conference; although there were some presentations with application, using modalities such as music and gestures. However, Harry's research, titled "Metaphoric Diagrams in News Quotation," dealt with concepts that could help journalists, journalism students and even consumers of news media better understand the function of quotation, especially in the standard forms of print journalism.

"Not many people are familiar with quotation research, and you don't need pragmatism to explain quotation," Harry said. "It's not the kind of thing people go around thinking about, 'What does it mean to quote someone?' But it's the foundation of journalism. Without quotation, we don't have journalism."

Harry categorizes three types of quotation: direct, indirect and free indirect. Direct is what a source said verbatim and is placed within quotation marks. Indirect is what a source said but summarized or paraphrased in the words of the reporter, while still being attributed with neutral attribution such as "he/she/they said." In free indirect, the reporter enters into the source's stream of consciousness or, like a fiction novelist, an omniscient point of view. For example, a journalist might write, "The medic knew she had only seconds to react," or "The council member warned residents."

"In journalism, we can do nothing but quote people directly, but it wouldn't be very interesting to use only direct quotes," Harry said. "All journalism originates from sources, and all we are doing is quoting other people. We can't quote ourselves; then we are not being journalists, we are advocates. Our presence in the text is there in the language choices. We're there, but we're not supposed to be there overtly."

So, how does pragmatism intersect with quotation? Harry relates quotation to semiotics, or the study of signs, which is closely tied to pragmatism and the theories of C.S. Peirce, considered the father of pragmatism, who died in 1914.

"If we, as journalists, have to generate comments from other people, then automatically that's an icon of discourse that we are engaged in," Harry said. "Then we can choose to change it to direct, free indirect or indirect."

Rather than thinking of metaphors as only non-literal parallels, such as the phrase, "She is an angel," Harry presents metaphor as an object that replaces another, such as the way a journalist stands in for a source, as well as quotation as a diagram of thought.

Harry said his paper was received well at the European Pragmatism Conference with a lot of interesting follow-up questions. The paper is his third manuscript related to his news quotation research. He previously had papers published in two peer-reviewed journals, "Appraisal," the journal of the British Personalist Forum, in 2016; and "Journalism: Theory, Practice and Criticism" in 2014.