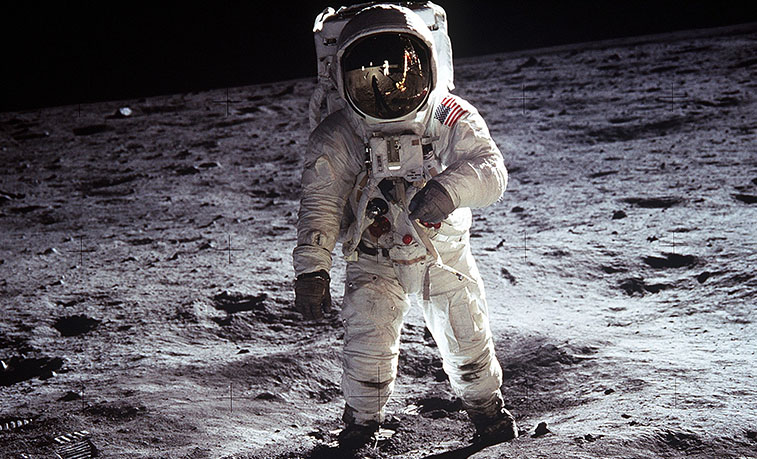 American astronaut Neil Armstrong became the first human to set foot on the moon 50 years ago, which is considered by some, including physics faculty at Slippery Rock University, as one of the greatest accomplishments in human history.

SLIPPERY ROCK, Pa. — As people around the world celebrate tomorrow's 50th anniversary of the first lunar landing, most are still amazed at what is considered to be one of the greatest technological advances in human history.

"What was remarkable from a physics perspective was the idea that NASA designed a vehicle, the lunar module, or the 'Eagle,' that could land and take off as well as dock with the command module; that was an incredible feat," Mukherjee said. "Even today, we have to take extreme caution with landing a rover on Mars, but the engineers do not have to worry about retrieving the rover."

Armstrong, the Apollo 11 commander, was followed on the moon's surface by lunar module pilot Buzz Aldrin. They faced unfathomable conditions during their two hours and 44 minutes walking on the moon, even while wearing spacesuits consisting of 21 layers of synthetics, neoprene rubber and metalized polyester films, all with a helmet and oxygen tanks strapped to their backs. The pair also faced incredible temperature swings: 180 degrees Fahrenheit in the sunlight and 160 below zero in the shadows. 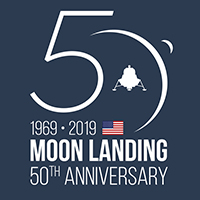 "The lack of an atmosphere created some problems for the astronauts," Mukherjee said. "They had to overcome the intense glare of the sun, so a lunar dawn landing was chosen, which diminished the temperature difference between light and shadow. The other problem was trying to gauge depth and scale because humans' brains and eyes are accustomed to looking through an atmosphere. Lower gravity also meant they had to walk differently on the lunar surface."

Because the astronauts had to adapt to such extreme conditions, there were numerous innovations from the scientific community resulting from the Apollo program, from the use of satellite communication to freeze-dried foods. Interest in science also took off. In the decade following the 1961 launch of the Apollo program, the rate of doctoral degrees in physics awarded by U.S. colleges tripled.

"The lunar landing motivated a whole generation of youngsters to pursue the science disciplines and land a dream job with NASA and maybe become an astronaut," said Mukherjee, citing increases across all physical science disciplines, not just physics. "Even SRU took a small step in the late 1970s by starting the first pre-engineering program in the Physics Department."

After Apollo 11's historic mission, there were only five more manned moon landings with the last taking place in 1972. Mukherjee said the main reason is cost. The Apollo program cost about $25 billion, which translates to $150 billion today. NASA's budget in the 1960s was just more than 4% of the federal budget and today is less than 1%. Mukherjee said she is encouraged by NASA partnering with private space companies like SpaceX, which is currently testing prototypes for spacecrafts capable of travelling to Mars.

In SRU classes like Space Science, students discuss the first lunar landing, but in the context of how humans might someday colonize another celestial body. Footage from the Apollo 11 landing is often included in shows at SRU's planetarium, located in the Vincent Science Center, and managed by 10 student workers with Mukherjee serving as their faculty mentor. The planetarium hosts weekly shows that are open to the public during the academic year.

"Today's students are not so much in awe of (the first lunar landing) because they have grown up with this knowledge and the fact it occurred five decades ago," Mukherjee said. "But they do appreciate the view of Earth from space being precious and that only 12 men have ever walked on the moon."