SRU student gets rare opportunity to learn from NFL coaches 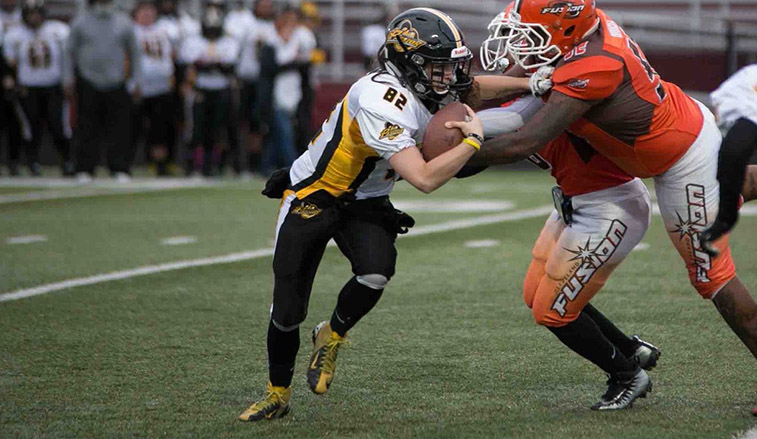 Angela Baker, a Slippery Rock University senior, spent three weeks with the Cleveland Browns coaching staff as part of the NFL’s Bill Walsh Diversity Coach Fellowship program. She participated in the Browns’ offseason practices, which were limited to virtual meetings because of the COVID-19 pandemic.

SLIPPERY ROCK, Pa. — Like most Slippery Rock University students, Angela Baker spent the second half of the spring semester learning in a virtual environment. And more often than not, that meant spending lots of time in a Zoom meeting room. However, when the semester ended, there was no reprieve from the online instruction for Baker.

Only this time she was learning alongside NFL quarterbacks Baker Mayfield and Case Keenum. Baker, a senior physical activity and fitness management major from Cranberry Township, spent three weeks with the Cleveland Browns coaching staff as part of the NFL's Bill Walsh Diversity Coach Fellowship program.

Baker was one of six aspiring coaches, including two women, to join the Browns staff as part of the fellowship. They participated in the Browns' offseason practices, which were limited to virtual meetings because of the COVID-19 pandemic.

"The way that we ended the last semester, I was used to being on Zoom meetings and it just made me laugh that even at the NFL level everyone's trying to get on the same page while working from home the same way we were in the classroom," Baker said. "Just seeing the way (the Browns) adapted to not being face-to-face, they still got so much accomplished. The team is still very unified. They were able to knock out these meetings quickly and have a good understanding of each other and I think that's going to carry on to the field once they are actually together. The game is just as much mental as it is physical." 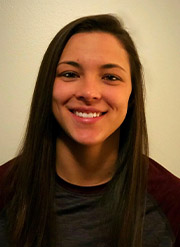 The Bill Walsh Fellowship program provides vocational opportunities for minority and female coaches and team personnel. Last year, more than 170 coaches participated in the fellowship, 53 of whom were former NFL players. Baker is also a professional player-turned-coach, as she is the starting quarterback of the Pittsburgh Passion, a professional, full-contact women's football team that plays in the Women's Football Alliance. The WFA suspended its 2020 season because of COVID-19. The season would have been Baker's ninth with the team.

Before she was selected for the Bill Walsh Fellowship, Baker was well aware of the program through her teammates and former opponents, particularly Callie Brownson, who referred Baker. Brownson is the Browns' chief of staff and the first full-time female coach in team history. Brownson and Baker were teammates on Team USA for international women's football competitions.

From her home in Cranberry Township, Baker attended all the Browns' online meetings for three weeks in mid-June, which included about four hours of meetings each day, ranging from team meetings, film study of game situations, discussions about the playbook and rule changes and position meetings. For Baker that meant sitting in on quarterback meetings and learning coaching techniques from offensive coordinator Alex Van Pelt.

"I enjoyed learning about the different terminology, but still seeing the same concepts and language that we use for the Passion and what I've seen at the high school and college levels," Baker said. "They teach a lot of the same things over and over because the basics of football are still necessary, even at the professional level."

Baker's football journey began as a freshman at SRU in 2010 when she was attending a women's basketball game and saw an advertisement for open tryouts for the Passion. Teresa Conn, a 1986 SRU graduate, is the Passion's co-owner and co-head coach. Several SRU alumni have also played for the Passion including Lisa Horton, '04, who Baker would eventually succeed under center after Horton's retirement in 2018.

"(While playing for the Passion), it got to the point where football became more of my focus than my classwork," Baker said. "But I'm very thankful for that because I was able to take some time away and enjoy football and then refocus my energy into figuring out what I actually wanted to do with my life."

After a three-year hiatus from SRU, Baker returned with a plan to pursue a degree in physical activity and fitness management and minor in coaching; she's now on pace to graduate in spring 2021.

"The classes I'm in now are amazing," Baker said. "I'm learning a lot and the professors are so understanding, especially with my busy schedule and coming back to college while trying to play football and still have the life that I've built for myself."

In addition to playing football, Baker works as an administrator at child care center near Pittsburgh. She also has football coaching experience at the middle school level and has helped coach at women's football clinics hosted by the Pittsburgh Steelers.

Baker aspires to have a career coaching football at any level, but she's particularly interested in the collegiate ranks.

"I really want to be able to be involved in the game in some way and be a positive influence for a lot of these athletes who are still trying to find their way in life and the sport they love," Baker said.

As for a woman coaching in a male-dominated sport, Baker hasn't found her gender to be a barrier.

"There's a lot more doors that are opening for women in the sport and a lot more coaches that are being open-minded and understanding (that we have something to contribute)," Baker said. "There's no shortage of knowledge when it comes to women in the game, and I think that it's almost to our advantage that some of us haven't been playing our entire lives because (it's motivated us) to catch up quickly. I started playing full contact at 18 years old and I've had nine years to learn what some of these guys have learned their entire lives.

"There's a little bit of a challenge but everybody's got to start somewhere and finding people that have open minds. There are women popping up in multiple roles right now (around the league) and in college programs who are creating a good name for women in the sport."

To date, seven women have been hired to full-time coaching positions in the NFL, including:

"I think it's becoming a little bit easier if you're willing to work hard and do your job the right way," said Baker. "And for this opportunity (with the Browns), I'm just happy to benefit by making all these new connections."