SRU professor authors books about the illusion of self 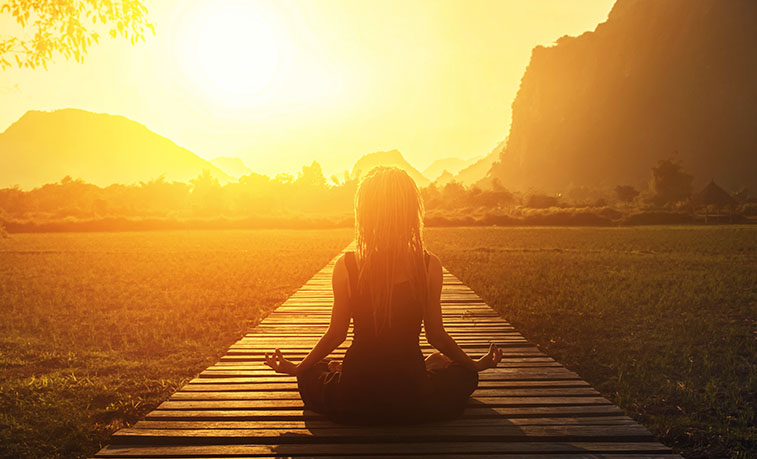 Chris Niebauer, a Slippery Rock University associate professor of cognitive science and leadership, is the author of “No Self, No Problem: How Neuropsychology Is Catching Up to Buddhism,” which has a companion workbook set for release in February 2022.

SLIPPERY ROCK, Pa. — Cognitive science is the study of thinking, and according to Chris Niebauer, many people have a thinking problem that they try to solve by, well, thinking. Niebauer, a Slippery Rock University associate professor of cognitive science and leadership, authored a book titled "No Self, No Problem" that reached the top 10 in multiple categories on the Amazon Best Seller Rankings. In the book, Niebauer observed how neuroscience is catching up to Buddhism in the agreement that "the self" is an illusion.

"It's an illusion that comes from a thinking problem," Niebauer said. "Thinking is a great tool that is incredibly useful in certain times and for certain reasons, but as a human species we're becoming aware that many our thoughts are useless, or they cause suffering. It has gotten so intense because we're trying to think our way out of (our problems), which creates more thoughts and more suffering, so there's this cycle that is sort of feeding itself. What this movement offers is a way to break that chain."

The movement Niebauer is referring to is the collective interest in neuropsychology, people improving their well-being through mindfulness and how meditation has become a mainstream solution to mental health problems and not just an activity only practiced in a Buddhist monastery. Niebauer's contribution to the movement is "No Self, No Problem," which was released in September 2019, and also a companion workbook due for release in February 2022 that offers exercises and practices to help people "lose their minds." 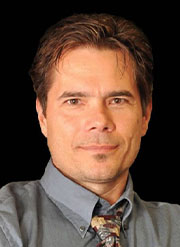 Quite the opposite of going insane, losing the mind in this sense is a way to treat the useless thoughts conjured up by the mind for what they really are: an illusion.

"People have centered their identities and so much of their problems around something that's just an illusion, an illusion that comes with a lot of baggage," Niebauer said. "It's not a matter of thinking (through a problem), it's an experience where they have to see the self for what it is."

"For the last 50 years now, ever since neuroscience began, people have to been trying to find where the self is because it feels real so it must be somewhere in the brain, but neuroscientists have come up empty on this," Niebauer said. "But while neuroscience has not found the self in the brain, we found what creates the idea of the self, and so much of that is from what the left brain does."

The left hemisphere of the brain controls speech, comprehension, arithmetic and writing. A big part of that is language and how humans have evolved in the last 40,000-70,000 years.

"For the vast majority of human history, we really did not think in the way that we think now, and that's from when we picked up language," Niebauer said. "When you ask people, 'OK, what do you think about all day?,' the answer is this voice in their head that they hear. We're constantly talking to ourselves and we're planning."

Niebauer argues that people, including modern psychologists, are trying too hard to fix something that isn't there. He identifies things that need fixed, such as anxiety, narcissism and low self-esteem, as thinking problems. His book challenges people to change the way they experience the world to a way that is based on being rather than thinking.

Niebauer shared more about his book while being interviewed on several podcasts and web shows, including those from Nothing Media on "Business Meets Spirituality" and upcoming appearance on Deepak Chopra's YouTube channel, "The Chopra Well." Niebauer was also a guest on an episode of "The One You Feed," a show that has been lauded on top podcast lists by The Oprah Magazine, The Huffington Post and iTunes, and has had more than 13 million downloads. In that interview, Niebauer referenced an essay he assigned to SRU students in his 300-level Left and Right Brain class, asking them, "What does music mean to you?" 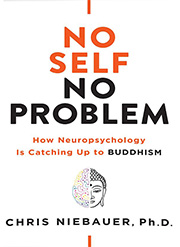 The students' responses helped illustrate the importance of the right brain, which is the side responsible for expressive and creative tasks and visual and intuitive thinking.

"Music, dance and the arts were modes of existence for our ancestors," said Niebauer, noting that music and singing predated language as a method of communication. "But because we've shifted so much to a left-brain mode, we don't value these any longer. It doesn't make us money or get us ahead in life, and it doesn't do anything from a left-brain perspective, but it's incredibly meaningful to them."

Niebauer said that a reason he likes teaching cognitive science is the interdisciplinary approach and applications, not only applying it to psychology, but in areas such as artificial intelligence, neuroscience, anthropology and sociology.

"In the book, I talk about the mind, so the reader can actually experience that they are more than the mind and they're not just this collection of thoughts," Niebauer said. "But in the classes, I have a great opportunity to go very much in depth with what the mind is, so I get to hit the mind from all these different angles."