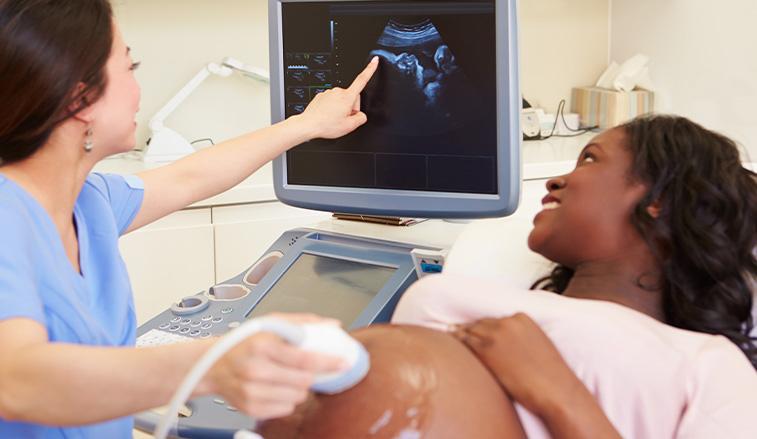 Racial disparities in women’s health care, including those based on infant mortality and prenatal care, is the subject of research conducted by students in a Politics of Race class at Slippery Rock University.

SLIPPERY ROCK, Pa. — Racial disparities in the U.S. health care system is an issue that has become a focal point this year as a result of the COVID-19 pandemic and the nation's racial justice movement. But even before anyone heard of the coronavirus, Slippery Rock University students who took last fall's Politics of Race class had delved into the issue by focusing a research project specifically on racial disparities related to women's health.

"The class is about many things related to theories of racial justice and how we got to where we are today in the United States, and how so many life outcomes, including health, are strongly influenced by race," said Cheryl Kerchis, instructor of political science, who teaches the class. "We talked about disparities in employment, education, criminal justice, housing, income and wealth, but health is one of the topics we covered in-depth."

According to the Centers for Disease Control and Prevention, minorities in the U.S. are about five times more likely to be hospitalized for COVID-19, when adjusted for age, than non-Hispanic white people. Also, despite accounting for 13% of the U.S. population, Black people account for more than a quarter of the country's COVID-19 deaths. There are many reasons for this, as outlined by the CDC and acknowledged by Kerchis. They include everything from exposures due to living conditions and types of employment, to health risks resulting from less access to high-quality food and medical care.

"We found that Black women are three to four times more likely to die during childbirth than white women," said Maggie Calvert, a 2020 SRU graduate with degrees in political science, philosophy and interdisciplinary studies. "I thought that was a really overwhelming and scary statistic because a lot of these deaths are preventable. Something like 60% of the deaths are a result of poor access to quality health care or just no access at all. That's something that is definitely preventable, and it doesn't seem like (policymakers) are doing enough about it." 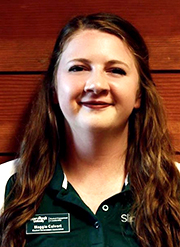 Calvert was joined on the research by classmates Emily Hellwig, a senior political science major from York, and Shayla Shank, a senior political science major from Hostetter. They researched several causal pathways to these racial disparities and other forms of prevention. One example is the implicit biases of doctors who don't recommend the proper treatments for minority patients or the patients who don't trust their doctors' recommendations because of racial differences.

The SRU students found that implicit bias training, as well as government funded programs for recourses like transportation, would go a long way to addressing the issues.

"It's so important for our students to learn about these issues, especially for these three excellent students who will likely go to graduate school," Kerchis said. "At the undergrad level, there's only so much we can do in terms of primary research. For example, in one semester we can't set up a study of implicit bias in the health care system; there are too many logistics. Instead, we prepare these students for the next step so that when they're in graduate school, they can see a project that really needs to be tackled and they'll have the time and the resources at that level to dig deeper and set up their own studies. We're stimulating that aspect of research in this class."

Calvert, who is currently working at a residential mental health treatment facility in Pittsburgh, plans to pursue a doctoral degree in either public policy or gender, sexuality and diversity studies.

Even for students who don't plan to conduct research after graduating, taking classes like Politics of Race are important to better understand issues that they will encounter in their professional careers. The Politics of Race class has been added to the Rock Integrated Studies program where students can choose a multidisciplinary thematic thread to fulfill their general education requirement.

"It's really important to understand the racial disparities that have been created in our society and the privileges that white people have over other races," Calvert said. "A lot of it all goes back to slavery and the Jim Crow Era. I feel that in high school we didn't learn enough about Black history and it's really important that we correct that and make it a priority, especially with the way that things are unfolding across the country right now.

"Until we recognize the past, and try to remedy all of the things that happened, instead of just ignoring it, we won't be able to create solutions in the present. We can't address the maternal mortality disparities, or the academic achievement gap, or the housing segregation, or the wealth gap or any of those things until we recognize that it all started with slavery and policies that were (compounded over the years) since then."