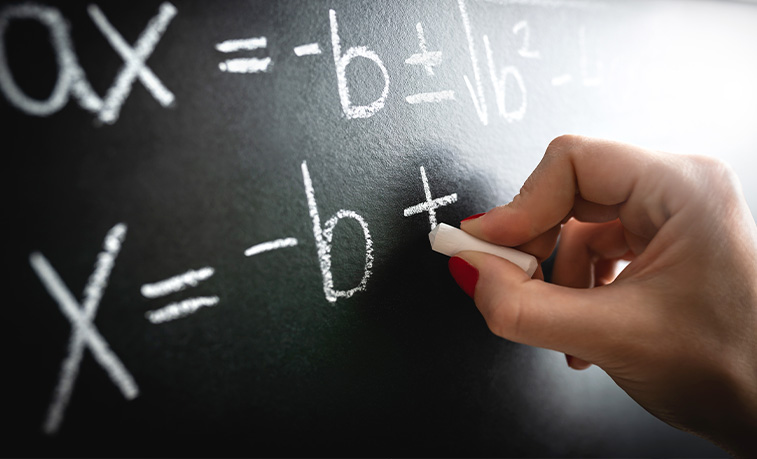 Researchers at Slippery Rock University and James Madison University are studying the relationships between different mathematical mindsets of pre-service teachers.

SLIPPERY ROCK, Pa. — Many people use the excuses of not being "good at math" or a "math person" when they struggle to solve problems involving numbers. This concept of having a fixed mathematical mindset, where you are either born with the ability or you aren't, has turned a Slippery Rock University mathematics major into a "research person."

"Everybody has their own niche of what they think they're good at, but if you apply yourself enough, you can be good at whatever you set your mind to," said Candace Corvino, a sophomore mathematics major from Mercer. "Sometimes when things are difficult, it's easy to just say you're not good at it and not try, even if you struggle the slightest bit."

Corvino is a self-proclaimed math person but not long after enrolling at SRU she got involved with an ongoing research project with Mark Hogue, assistant professor of secondary education and foundations of education, and Richard Busi, a part-time instructor at SRU who is a full-time assistant professor of mathematics education at James Madison University. Busi is the principal investigator of a project that is looking at the espoused mathematical mindsets of pre-service teachers. 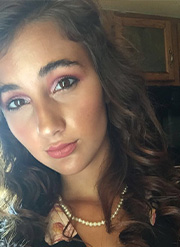 For example, if a teacher candidate says they are willing to work through a difficult math problem - that is, they have a "growth mindset" - then when they are given a problem to solve they should not show signs of having a "fixed mindset," such as giving up because they are "not good at math."

"We're looking at the relationship between espoused and enacted mathematical mindsets," Hogue said. "Espoused would be when pre-service teachers declare, 'I am a growth mindset person' versus 'I have a fixed mindset,' and enacted is what happens in their actual behaviors shown within the context of working through rigorously challenging mathematical tasks."

Busi and other researchers from JMU have tested pre-service elementary teachers in a live classroom environment, whereas Hogue and Corvino tested pre-service middle school teachers from SRU in a staged environment. Corvino video recorded groups of education majors for 45 minutes while they attempted a difficult math problem to detect signs of either a growth mindset, such as writing down numbers or discussing the problem with the group, or a fixed mindset, such as doodling, staring aimlessly or other signs of disengagement.

"There were individuals who expressed an espoused, growth mindset and were very much growth-minded in terms of their behavior on these tasks," Hogue said. "However, there was another subset who, although espoused the growth mindset, showed actions that were anything but growth-minded. So that has been a significant finding and something for which we're looking to collect more data."

According to Carol Dweck, the renowned Stanford University psychologist who popularized the study of the growth/fixed mindset traits, roughly 40% of the population is growth-minded, 40% has a fixed-mindset and 20% is undecided. The SRU/JMU researchers are finding that pre-service teachers are self-identifying as growth-minded at rates that are both disproportionate to the general public and to what their behaviors indicate.

The researchers still need to collect more data, but the experience thus far for Corvino has been beneficial, especially for a freshman afforded the opportunity to conduct research.

"I want to be a high school math teacher and this research relates directly to my field of study," Corvino said. "I'll be able to correlate mindset and how to interact with kids that have a fixed mindset versus growth mindset while keeping an open mind and making sure that I'm not closing anyone off. A teacher with a fixed mindset can cause their students to have fixed mindsets about math."

Corvino was provided the opportunity to conduct the research thanks to the SRU College of Education's Professor Protégé program, where a student is selected from a pool of incoming freshman applicants and matched with a professor for one-on-one mentorship and professional development opportunities. Students earn up to $800 in student worker wages through the program by fulfilling hours of service or research.

Although students are only in the Professor Protégé program for one year, Corvino said she is interested in continuing her involvement with the math mindset research.

"Dr. Hogue was amazing to work with," Corvino said. "Working one-on-one with a professor was the best part of being in the program because it gets you familiar with a professor who can help you in the future and have someone who can recommend you for future opportunities."

To learn more about the Professor Protégé Program, click here.