SRU presents The Clarks and The Stickers for a VillageFest concert, Sept. 23 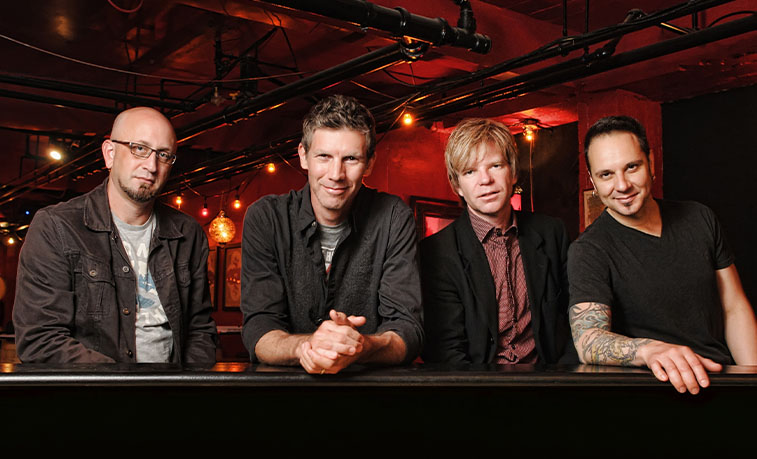 The Clarks, consisting of, from left, Greg Joseph, Scott Blasey, Robert James and David Minarik Jr., are playing a concert at Slippery Rock University’s Miller Theater at the Performing Arts Center, Sept. 23, along with The Stickers.

SLIPPERY ROCK, Pa. — The Clarks and The Stickers are coming to The Rock. Slippery Rock University will present a VillageFest concert featuring two of the most popular bands from the Pittsburgh region, Sept. 23 at the Miller Theater inside the Performing Arts Center.

Tickets are now on sale for the public at sru.universitytickets.com. All tickets are general admission. The cost is $10.50 each and there is a limit of four per order. Doors open at 6 p.m. at the show starts at 7 p.m. with The Stickers and The Clarks coming on afterward. Miller Theater has a seating capacity of more than 700 and tickets are expected to sell out prior to the Sept. 23 show.

The Clarks, who just released a three track EP earlier this year, have recorded 11 studio albums since they were formed in 1986. Known for hit singles including "Penny of the Floor," "Cigarette," "Better Off Without You" and "Born Too Late," The Clarks are frequently heard on the radio in Pittsburgh region and have performed nationally, including on The Late Show with David Letterman.

The Stickers are an emerging, high-energy country rock band that can be heard on country music radio stations across the globe. Their original music has been featured in the TV show "Nashville," the movie "Pure Country 3,"the NHL All-Star Game, The Daytona 500, the NASCAR All-Star Race and more. The band has racked up three Billboard song writing awards, multiple CMA Fest appearances, and was named "A Band To Like" by Billboard Magazine.

The concert at SRU will help kick off VillageFest, the Slippery Rock community event held Sept. 23-24. VillageFest will include more than 100 craft and food vendors, live entertainment, kids activities, games and more. The event attracts between 5,000-7,000 visitors each year along Main Street in Slippery Rock. For the Friday night concert, there will also be food trucks along Morrow Way near the Performing Arts Center.