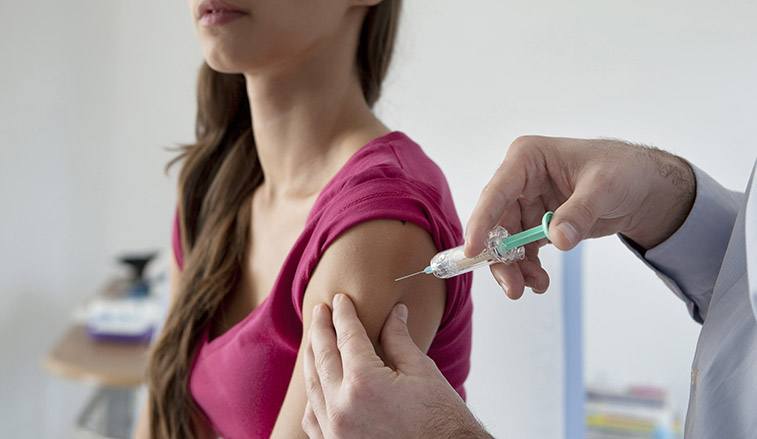 Slippery Rock University students are reminded to obtain meningitis vaccinations before the fall semester begins. The vaccine is required by state law for all students who are residing in college or university-owned housing.

SLIPPERY ROCK, Pa. - Here's a fact that will smack you in the face: more than 3 million people die from vaccine preventable diseases each year. It's a fact one incoming Slippery Rock University student couldn't ignore. So, she did what teenagers are wont to do these days; she took to social media.

Taylor Sharp, an incoming freshman early childhood-special education major from Jeannette, noticed her former classmates at Greensburg Salem High School posting about vaccinations and she decided to share facts she learned from writing her senior paper on the topic. She created a series of informational tweets that ended up going viral. 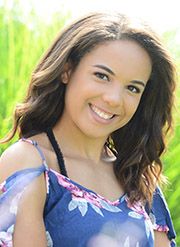 "This was a big topic this summer for some reason," said Sharp, who created a 20-tweet thread on Twitter July 6, the day before she left on a mission trip to Puerto Rico. "I woke up the next morning and my phone had blown up with like 10,000 retweets. I was like, 'Oh my goodness; this is crazy.'"

Her original tweet generated more than 33,000 retweets and nearly 48,000 likes, not including other blogs and media outlets that shared her thread on other platforms. Even actor Ashton Kutcher shared a link on his Facebook page with a comment advocating for vaccinations.

While Sharp's tweets focused on vaccine-preventable childhood diseases, such as mumps and measles, they were a timely reminder for Pennsylvania college students who are required to get vaccinated for meningitis before moving into residence halls.

Last month, the Pennsylvania Department of Health issued a notice to college students and their parents that meningitis vaccinations are required for most incoming college students before the new school year begins. A state law enacted in 2002 requires all students who are residing in college or university-owned housing to have at least one dose of the meningococcal conjugate vaccine.

The reason many people refuse immunization is because vaccines are rumored to be harmful and cause autism spectrum disorder, this, despite many scientific studies proving otherwise and the Centers for Disease Control and Prevention continually asserting that vaccines are safe.

"The reason I feel so strongly about it (getting vaccinated) is because of how it can affect other people," Sharp said. "It's selfish to say, 'I don't want to do it because I believe this or that,' and most of the time it's just (false) information on the internet and not from the doctors who have done years of research on the subject."

"The meningitis vaccine is safe; it's effective," Benkeser said. "There's no reason to not get it. Meningitis is one of the worst nightmares for student health. We see it on college campuses more than in the general population because on college campuses we have a large number of people in a fairly small space and meningitis is spread by behaviors that are very common in a college setting, which is poor hand-washing and sharing items that have saliva on them."

Meningitis is a disease caused by the spread of bacteria, starting in the ears, sinuses or throat. It is spread through an infected cough or sneeze or other instances where saliva is transmitted, such as sharing drinking containers. Although rates of meningococcal disease have been declining in the United States since the late 1990s, the Centers for Disease Control and Prevention disclosed that there are nearly 400 cases reported each year in the U.S. with people ages 16-23 being among the most affected.

"It's a horrific disease; it moves very quickly," Benkeser said. "It's first symptoms are really not that different than the flu. You might have a little bit of a fever or a headache and you go to bed because you don't feel good."

Even with prompt treatment, severe forms of meningitis can be fatal, which occurs in 10 percent of all cases, according to the PDH.

"Meningitis can happen anytime, year-round, but we tend to see more in the fall and the spring with classes (back in session)," said Benkeser, who recommends frequent hand-washing to maintain a basic healthy lifestyle. "While there are aggressive treatments, the best course for this disease is prevention. The more people we have vaccinated; the lesser chance the virus gets a foothold."

SRU students who are living on campus are provided meningitis vaccination forms during their housing application process and they must submit their vaccination dates or sign a waiver declining the vaccine before they move in. The form is available through the MyHousing portal online at: https://reslife.sru.edu/.

According to Benkeser, even if a student was vaccinated before the age of 16, they are required to obtain a booster shot before arriving at SRU. For questions related to meningitis vaccinations, contact Student Health Services at: 724.738.2052.