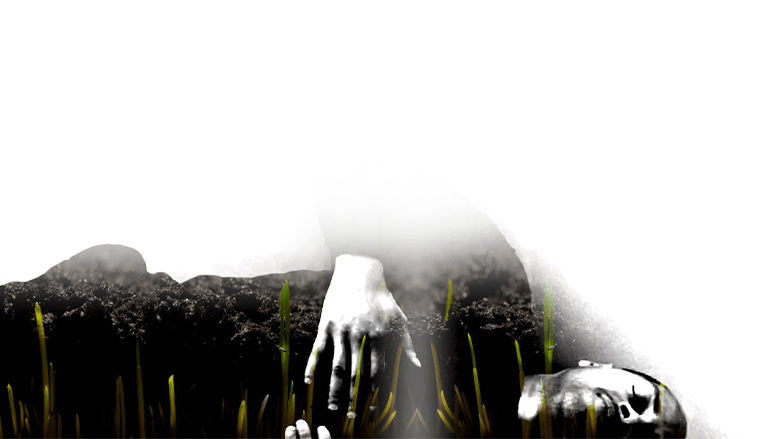 SLIPPERY ROCK, Pa. — If you were to dig up dirt on Andy Hasenpflug, you would find quite the opposite of gossip, but rather acclaim for "Dirt," a screen dance project for which Hasenpflug composed, arranged and performed the musical score. Hasenpflug, a dance musician and instructor in the Slippery Rock University Dance Department, was recently recognized by the Art of Brooklyn Film Festival for "Dirt" as the winner of "Outstanding Musical Score" in the 2021 AoBFF awards.

"It was amazing to receive this award," Hasenpflug said. "('Dirt') has been in a bunch of festivals and it has won some awards but I was really excited to see it win for best musical score at the Art of Brooklyn Film Festival."

Screen dance has been around since people have been making films but in recent years this visual art form has become more popular. Screen dance is typically a video featuring components of dance and music centered around a theme with abstractions and experimentation, instead of a plot or story with dialogue. 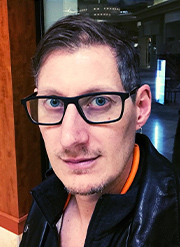 "Dirt" has been described as a "meditative exploration of African American identity" and the meaning of the title has as many layers as the visual elements and movements that make up the 12-minute film. According to Hasenpflug's collaborators, choreographer Helanius Wilkins and videographer Roma Flowers, dirt has both positive and negative connotations: nutrients and growth but also how Black people are treated or looked upon like dirt.

"There are many comparisons as we could draw from dirt," Hasenpflug said. "From the color of it to the fact that it can change over time from something that's been mistreated into something that can grow fruit and become beautiful."

The musical score includes samplings collected by Hasenpflug and arranged using synthesizers and other electronic instruments. For example, he would use a note of a harmonica and play it on an electronic keyboard.

"The first two thirds are swampy and bluesy and then the last section is very different with compositional concepts that are influenced by more traditional African music," Hasenpflug said.

Hasenpflug, who has been accompanying and composing music for dance for more than 30 years, was commissioned to work on the project by Wilkins, who is an assistant professor and associate chair of dance at the University of Colorado. Since its premiere in August 2020, the film has been featured in more than a dozen film festivals, many of which are virtual because of the COVID-19 pandemic. 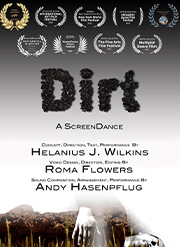 "But even before the pandemic, you'd see this visual form of art on video," Hasenpflug said. "If you go to many dance concerts, really within the last 10 years, you'd see some kind of video projection, and the dance community has embraced it. People making dance films has been happening for a while now, but since the pandemic, everybody has had to make some sort of switch to a video recording. Very few people just stopped making work entirely."

Among its many distinctions, "Dirt" was selected for the 2020 International Art Film Festival and the 2021 ScreenDance Miami Festival. It won "Best Experimental Short" at the 2021 New York World Film Festival.Most recently, "Dirt" was featured at the Kinesthesia Moving Image Festival, hosted by Middlesex University, London, July 16-18.

To learn more about "Dirt," and to watch a trailer, visit Wilkins' website. More information and music by Hasenpflug are available at andyhasenpflug.com. In his role at SRU, Hasenpflug accompanies dance, teaches the Music for Dance course, and composes music for the Dance Department and guest artists. More information about dance programs at SRU is available on the department webpage.