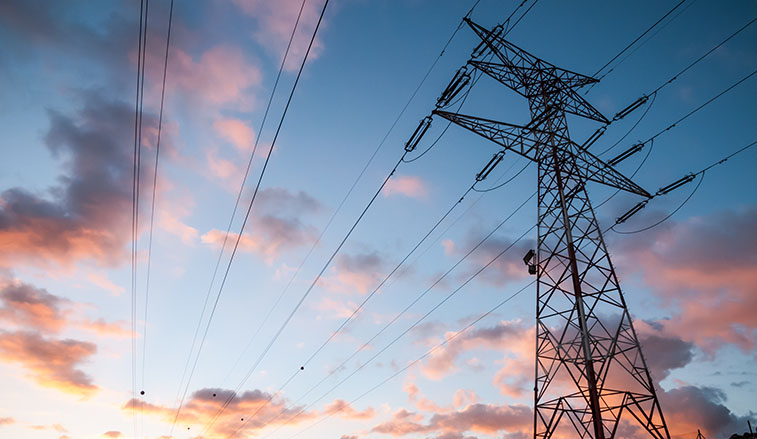 Fifteen years ago, the northeast region of the U.S. experienced one of the world’s worst power outages. Slippery Rock University is prepared to help avoid future power events by participating in an emergency demand response program that eases the strain on the regional power grid.

SLIPPERY ROCK, Pa. - When air conditioners are turned up to maximum on hot summer days, so is the demand for electricity and the risk of overloading power grids.

Fifteen years ago, the northeast region of the United States experienced one of the world's most widespread power outages, affecting more than 55 million people in eight states and parts of Canada. Although Slippery Rock University was not affected by the blackout, SRU is prepared to ease the stain on the region's electric grid, and possibly prevent an event like the Aug. 14, 2003 event, which was caused by a failure to redistribute electrical loads after an outage in Ohio.

Last month, SRU participated in an Emergency Demand Response test, where for one hour, the University reduced its power usage to reach an agreed upon baseline in case the region's power grid, PJM Interconnection, is in need of redistributing its energy capacity. By enrolling in a demand response program, SRU receives money from PJM based on the University's commitment to reducing usage when called upon. If there are no events during the year, participants are required to test their system.

"We've been very blessed that they haven't called for an event in this area in the last decade," said Scott Albert, SRU assistant vice president of facilities, planning and environmental safety. "When customers voluntarily reduce their usage, they are reducing stress on the grid. The payment the grid is making (to customers like SRU) is cheaper than having the utility companies tax all their users to build a new plant so the capacity of the grid can be increased."

A significant portion of SRU's energy consumption is provided by chillers, which cool water for air conditioning systems in each campus building. By turning the chillers off, and by asking faculty and staff to turn off lights and other nonessential electrical equipment, SRU was able to drop its energy usage to 1.35 megawatt-hours, well below its target of 2.2 MWh, for the July 18 test.

SRU's peak capacity, which is used to determine the demand response baseline as well as other incentives, is approximately 5.2 MWh and is set for multiple years after it is established. The peak usually occurs in late September when warmer temperatures require air conditioning, the University's more than 30 buildings on campus are occupied and lighting is used for outdoor athletics facilities.

"We were significantly below our target and fortunately (July 18) wasn't a hot day," Albert said. "It was easier this year because we have more efficient lighting and chillers that have been installed across campus. I'm hopeful with all these improvements, that when our (next) peak is set, we'll see it drop and we'll save costs moving forward because we'll have a lower peak demand for campus."

SRU has continually made improvements to campus infrastructure after entering a guaranteed energy savings agreement with Honeywell Industries in 2016 and establishing a Climate Action Plan in 2012 to achieve carbon neutrality by 2037. The University has a Resource Conservation Policy, which has standards to reduce energy usage and costs through the adoption of best practice energy and water conservation strategies, including set points for building temperatures (75 degrees during air-conditioning season and 67 degrees during heating season) and the purchase of energy-efficient appliances and computer hardware.

"The purchase of electricity is our most expensive and most polluted form of energy," said Paul Scanlon, SRU director of sustainability. "Most (electricity) in our region is coal-fired and it contributes to climate change, so it's important for everyone to be aware of their consumption and take steps to conserve energy."

SRU consumed nearly 29 MWh of electricity in the 2016-17 fiscal year, which costs upwards of $2 million, but a third of the electricity is purchased through more sustainable sources, such as wind power, in accordance with the University's Climate Action Plan. SRU has reduced its electricity usage by 44 percent since 2005 based on British thermal units per square foot, which adjusts for added buildings on campus.

"This was achieved in a number of different means," Albert said. "(We did) everything from targeted retrofits, like converting our campus lighting to LEDs; replacing windows, roofs and building heating, ventilation and air conditioning systems with new energy efficient ones. All of these have an impact on the energy we consume and how we save it."

The behavior of students can also make a difference. Two years ago, SRU participated in a 10-day energy savings competition against other schools in Pennsylvania's State System of Higher Education, called PASSHE Unplugged. SRU reduced energy consumption by 4.5 percent, compared to the previous year's 10-day period, solely on occupant behavior in the residence halls.

Scanlon encourages University students, faculty and staff to take SRU's Energy Action Campaign Pledge, which includes ways people can conserve energy like unplugging chargers and appliances not in use, taking shorter showers and turning off lights in favor of natural daylight whenever possible.

Click here for more information about sustainability at SRU.