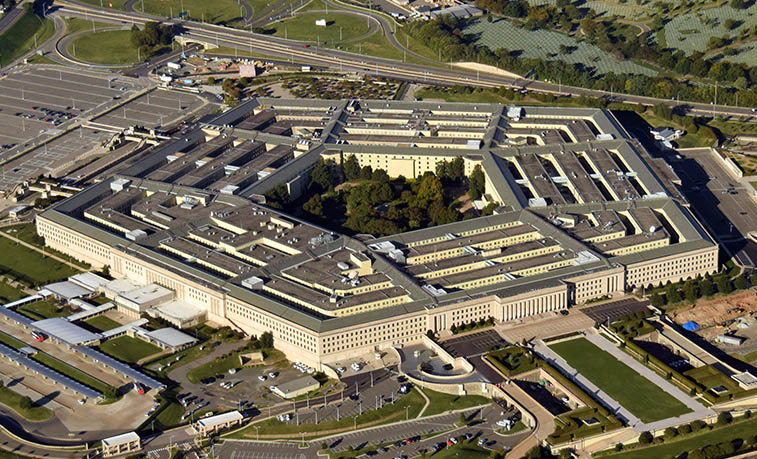 The Pentagon in Washington, D.C., is where Slippery Rock University professor Julie Snow will be working the next year as she will take a leave from her faculty position to serve as Science and Technology Policy Fellow through the American Association for the Advancement of Science.

SLIPPERY ROCK, Pa. — Although individuals can make an impact at reversing the harmful effects of climate change by reducing their use of plastics, planting trees or recycling, to name a few, getting to the root of the problem requires action at a much large scale. That's why Julie Snow is going to Washington, D.C., to do something about it. The Slippery Rock University professor of geography, geology and the environment is not going to protest outside the U.S. Capitol Building, but rather she'll have the ear of the top generals in the Department of Defense and be able to inform lawmakers.

Snow was recently awarded a Science and Technology Policy Fellowship by the American Association for the Advancement of Science, which places scientists in federal government offices to advise policymakers. This year, there will be more than 120 AAAS fellows assigned to various branches of government, with Snow working in the Pentagon for 12 months, beginning Sept. 1. She was placed in the executive branch of the DOD, working in the Office of the Assistant Secretary of the Army for Energy and Sustainability, under the direction of Christine Ploschke.

"Sometimes the federal government misses the mark when it comes to science, so the purpose of this fellowship program is to match scientists in offices to push policy that's based on the reality of what the science is actually telling us," Snow said. "We need more scientists to go into the policy realm, whether that's in local or federal government, or with individual companies. We need more people voicing the scientific knowledge to help steer the decisions that are being made."

Snow, who is an atmospheric chemist, felt obligated to be one of those scientists, but becoming an AAAS fellow wasn't simply a matter of signing up. It is a highly competitive process and scientists are stringently vetted through an application and interview process. Snow had nearly 20 different interviews, some of which were with CEOs of organizations like the World Wildlife Federation. Snow also wrote an essay, biography, policy brief and several other application materials as part of the process. While she wrote her policy brief for the Secretary of Education on climate literacy, but she found the DOD to be a good fit. 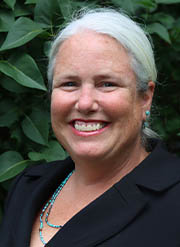 "It took me nearly five years to really pinpoint what I wanted to do as a fellow and how I could contribute to federal policymaking," Snow said. "The DOD has a very active program because they view climate change as one of the biggest threats to the United States, not only to the infrastructure from extreme conditions but the threats of war as countries fight over resources. These kinds of pressures are going to increase the violence and instability across the world.

"I knew with this position I could be sitting at the table and have a voice, rather than being in the background simply analyzing policy. I also could better learn what people are thinking and actually address what's coming and the reality of climate change."

Snow will be attending congressional meetings and advising policymakers to prepare the DOD for adaptations it needs regarding climate change. The DOD has one of the federal government's largest carbon footprints.

"As a scientist, I'll be trying to help them figure out the best things that they could do to reduce their carbon emissions," Snow said.

Snow has experience doing this, albeit on a smaller scale, at SRU and with Pennsylvania's State System of Higher Education. She served on the University's energy conservation committee and she chaired the State System's sustainability development task force.

"Through my work, I've been learning about how you get a large facility, and even 14 universities, to switch over to renewable energy in a way that makes sense and is equitable and fair to people who work in the coal industry," Snow said.

Snow will be taking an unpaid leave from her faculty role at SRU to serve as an AAAS fellow, for which she will be paid through a federal contractor. However, SRU and its students will benefit from Snow's experience.

"This is an incredible opportunity for me and for SRU and I am looking forward to learning as much as possible over the next year so that I can bring knowledge back to SRU," Snow said. "I'll be able to get an understanding of how climate scientists can impact policy and share that with my students, because we need more (future) scientists who are able to impact policy."

Time is running out, Snow warns. According to the United Nations' Intergovernmental Panel on Climate Change, the world needs to cut its carbon emissions by 50% in the next nine years to prevent potentially irreversible climate disruption. Extreme climate-related events, such as hurricanes, flooding and wildfires are signs of the disruption.

"Climate change is the biggest thing that's going on and we're facing it right now," Snow said. "People aren't taking it seriously enough, so as a scientist, it's a moral obligation to make sure that I help people understand the serious nature of what's happening."