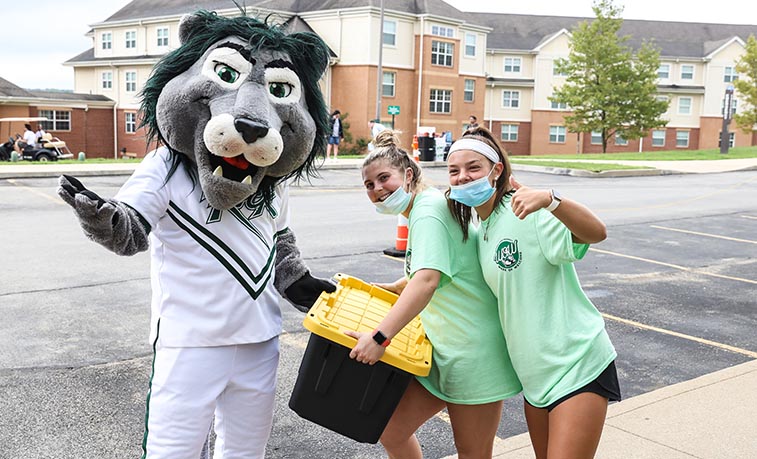 SLIPPERY ROCK, Pa. — More than 1,000 first-year and transfer students moved into residence halls at Slippery Rock University Aug. 19 as part of SRU's Week of Welcome. Assisting the incoming students and their families were nearly 400 returning student volunteers and 100 faculty and staff volunteers who helped ease the college transition and make the new members of The Rock community feel right at home.

Following similar move-in procedures that were used prior to the pandemic, students and their families arrived at staggered times between 8 a.m. and 5 p.m. to reduce the size of crowds. They drove up to the curbs of SRU's eight residence halls, some with trailers or as many three vehicles, unloaded their belongings with the help of volunteers, parked and returned to finish moving into rooms before the next scheduled students arrived.

"As we drove up, my grandpa was the first to say, 'Well, you picked a good school,' because there were so many people that were all happy and excited to help," said Hannah Minor, a freshman public health major from Leetonia, Ohio. "Everyone was very understanding and it was exciting to finally be here and get to see people. It just felt real." 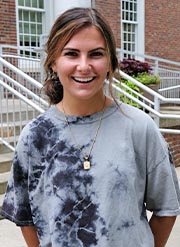 Some students already moved in, such as varsity athletes, community assistants and members of student organizations, and upperclass students will move in Aug. 22. Aside from everyone having to wear masks while indoors and unvaccinated students having to get tested for COVID-19 at SRU's Mass Testing Center at the University Union, this year's move-in day was similar to the last time the University hosted a move-in day in 2019. Last year, because of COVID-19 safety measures, fewer than 700 students lived on campus, compared to pre-pandemic levels of more than 2,800, but there are no such capacity restrictions this year.

"People are excited to be here, they're excited to be in-person and we're feeling good about the week ahead," said David Wilmes, SRU's chief student affairs officer, who shuttled around many families in a golf cart during the day. "We've returned to how we previously hosted Move-In Day and we still learn things to make it better every year, but we've got the process down really well and it seems to work out for folks."

John and Penny Shreve, the parents of McKinley Shreve, a freshman exercise science major from Vermillion, Ohio, were pleased with the process. Their daughter was their fourth child who they sent to college but the first to attend SRU.

"We were really impressed, even from entering campus there was somebody every few feet telling us what to do and where to go," Penny Shreve said. "They were there to unload for us, so we were really in and out in about five or 10 minutes." 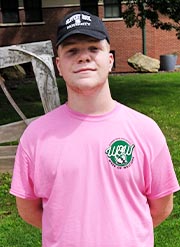 Among the volunteers were 36 cadets from SRU's U.S. Army ROTC program directing traffic, providing a regimented and orderly process with military precision, but still remaining friendly and inviting.

"We're one of the welcoming faces that set the precedent for the entire community," said Lt. Col. Jennifer Martin, professor of military science and head of SRU's ROTC program. "This is one of our ways to serve the community and say, 'Welcome to the team.' We have a huge sense of community here, and whether we're welcoming a new student or one of our cadets, it's a huge relief for them to have people helping out."

SRU varsity sports teams who are on campus early for practices also work together as volunteers. Timothy Ferguson, a senior health and physical education major from Bangor, has volunteered for three years on Move-In Day.

"It's a good team-bonding experience for us," Ferguson said. "But I like to meet the new students and they're always so appreciative of what we're doing for them."

Faculty such as Kathleen Melago, associate professor of music, is also a regular volunteer.

"I love welcoming people to campus because this is really a family place," said Melago, who has volunteered each year since 2010. "Everybody is filled with hope and just excited about being on campus. I love what happens to students from the time they get out of the car until four years later. That's why I'm also very committed to going to commencement each year, so it's just fun to be part of those bookend experiences for students." 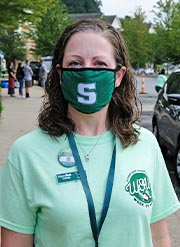 The students also recognize how much of a momentous occasion it is to move into college. An anticipated 1,400 first-year students and another 450 new transfer students will begin classes Aug. 23, but the students moving in Aug. 19 got to experience the "real" feeling that Minor mentioned.

"It's crazy because I'm going to be living independently as an adult for the first time in my life," said John Kump, a freshman finance major from Hickory. "I have a new person to live with as a roommate, new people to meet and new places to explore, so I'm just going to try to make the absolute best out of it."

"I'm excited, but I'm also very scared, because it can be intimidating to go to college," said Olivia Viglione, a freshman early childhood education major from Ridgway. "But I think it will be fun and a good experience. I'm excited to get to meet people and I feel like it'll be very different from high school."

Despite saying he felt nervous and anxious about starting college, Braden Mullin, a freshman health and physical education major from Connellsville, recalled the feeling he had when he first visited SRU when he was touring colleges.

"It has a nice homey feel," Mullin said. "I just didn't get that at other colleges." 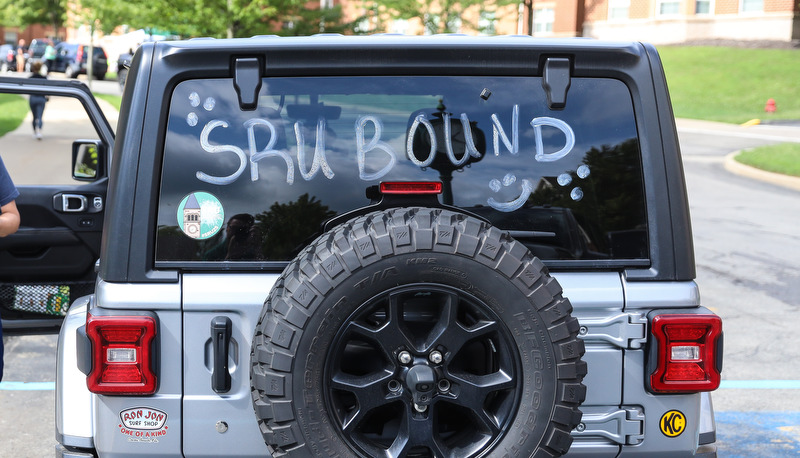 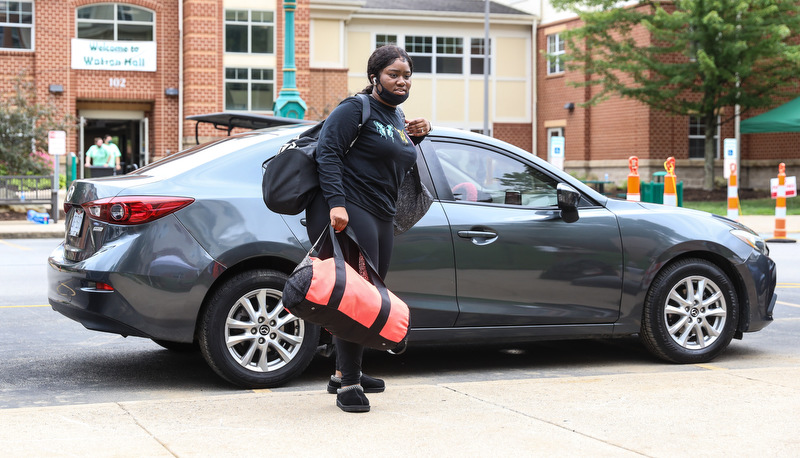 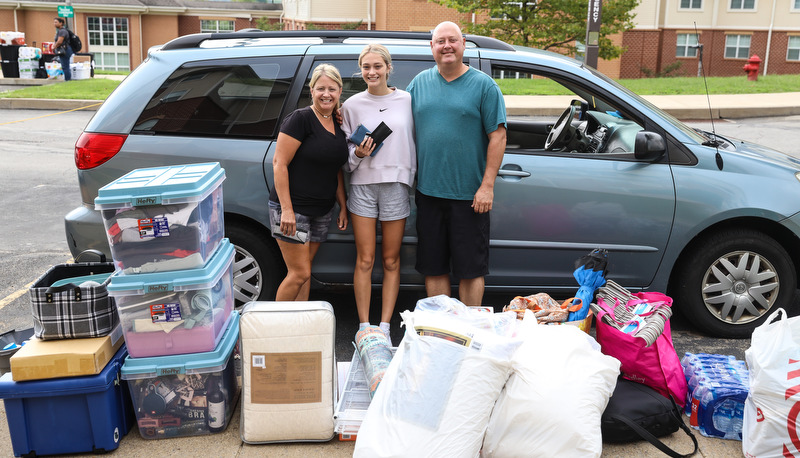 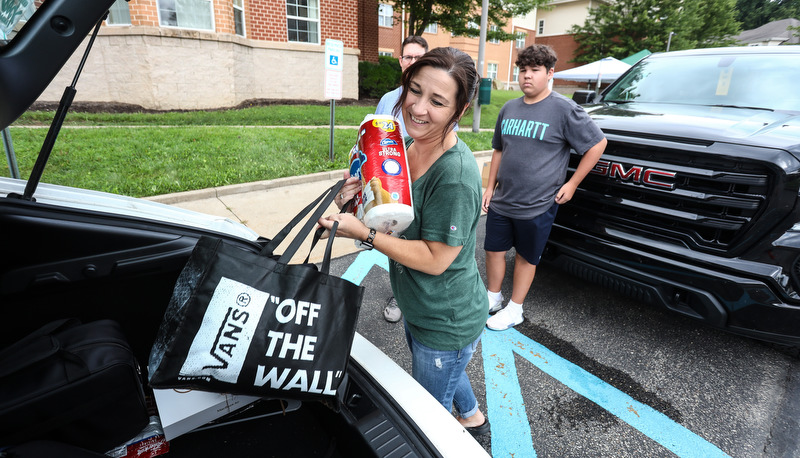 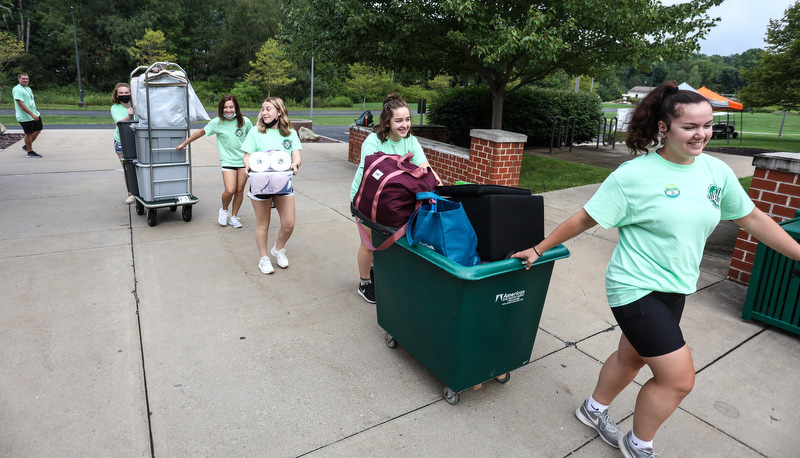 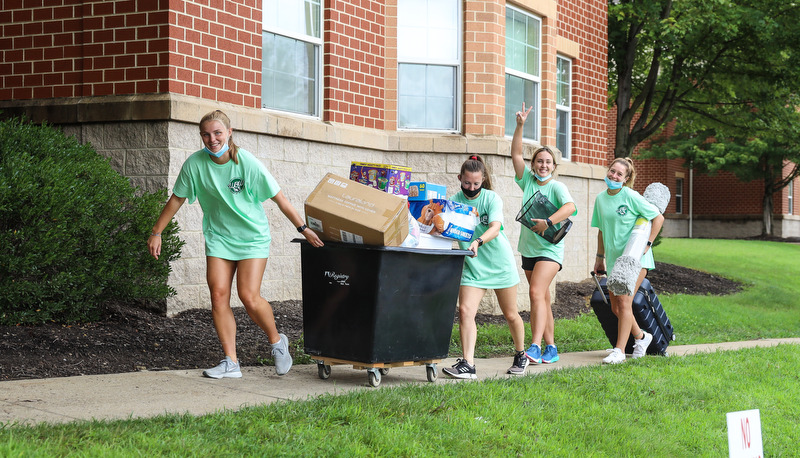 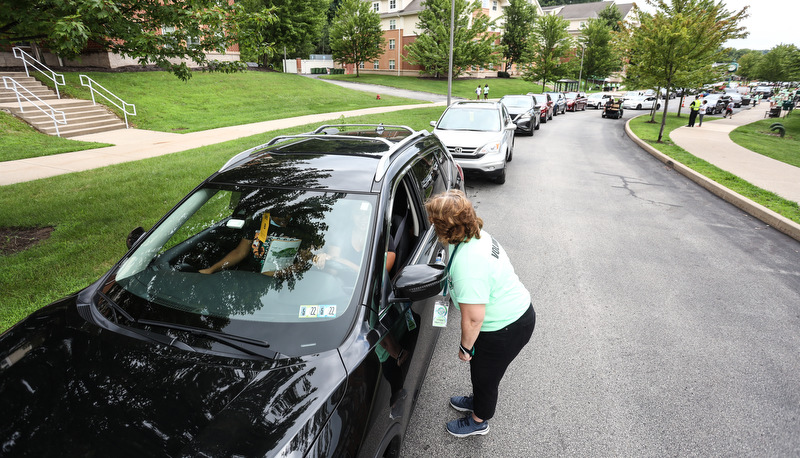 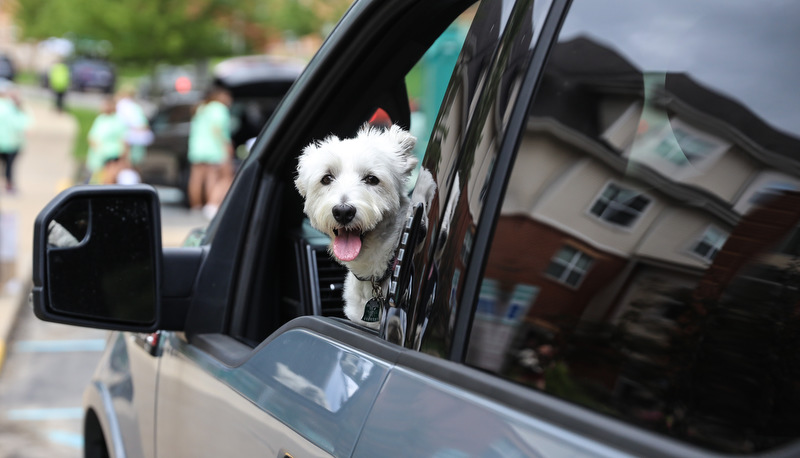 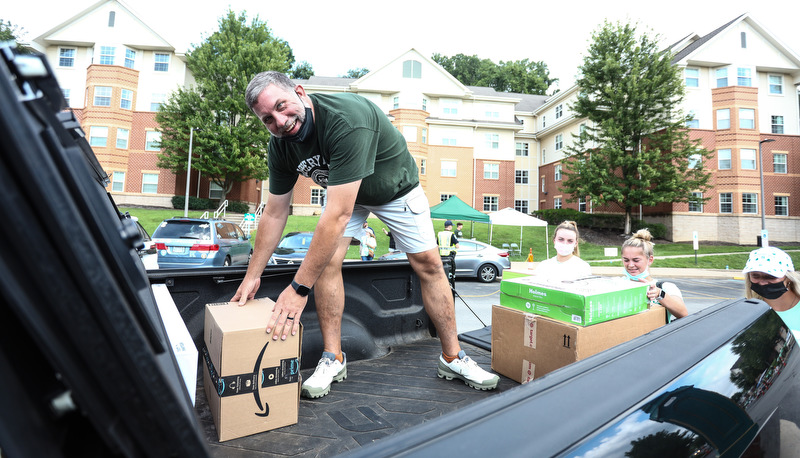 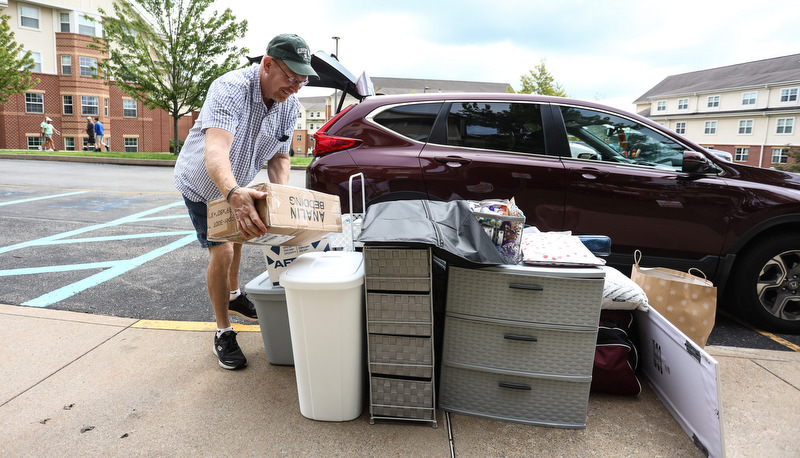 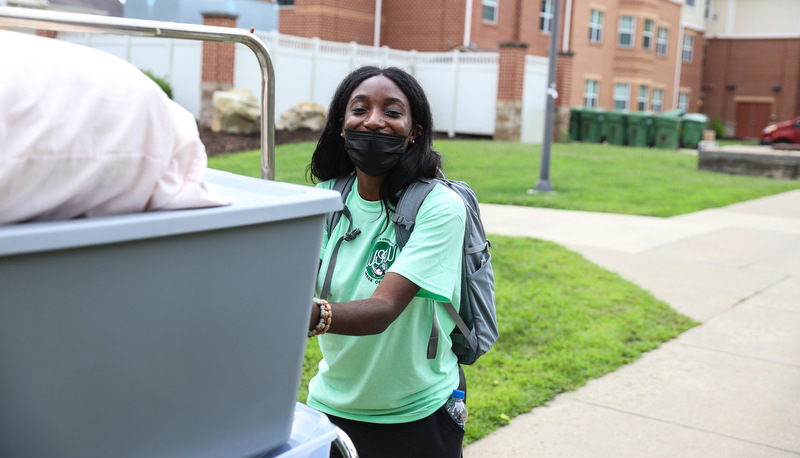 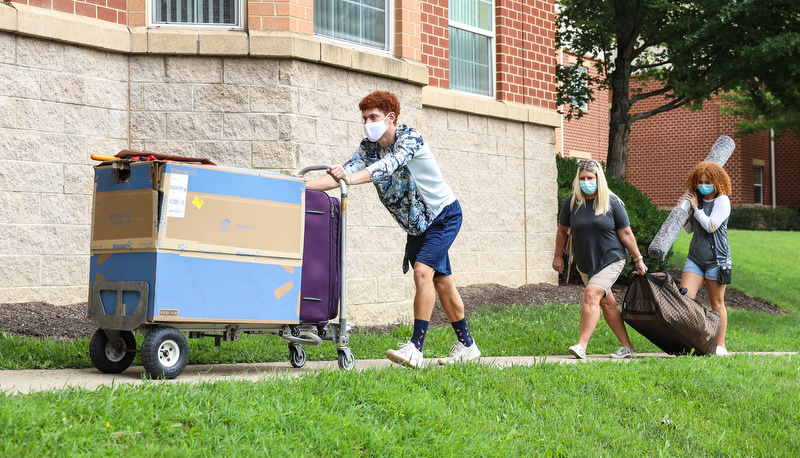 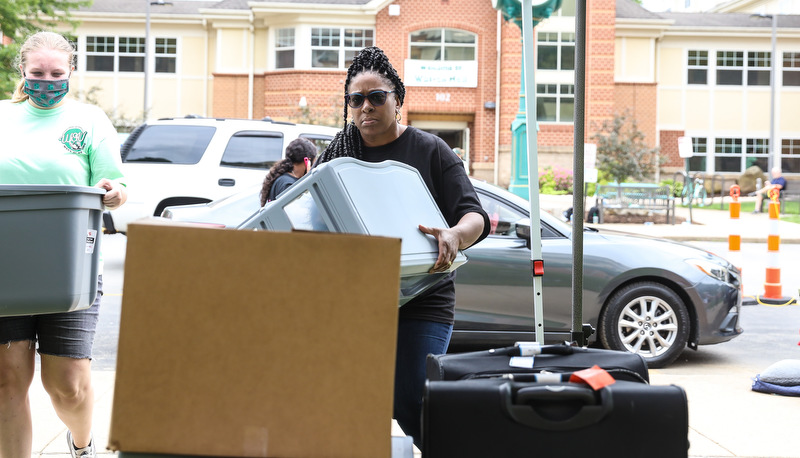 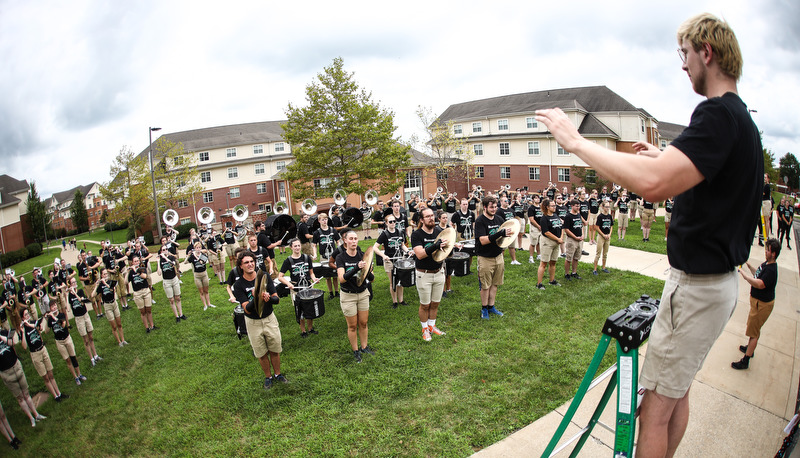