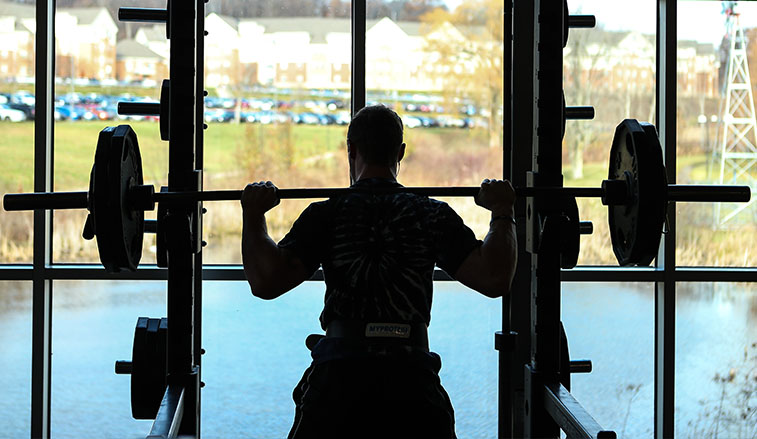 Slippery Rock University’s Office of Campus Recreation is encouraging the campus community to get 30 minutes of physical activity every day through a new campaign called “Rock 30.”

SLIPPERY ROCK, Pa. - A new campaign initiated by Slippery Rock University's Office of Campus Recreation is aiming to combat the "Freshman 15," a common term for how many extra pounds American students typically gain during their first year of college. Enter "Rock 30."

"Rock 30 means getting 30 minutes of daily physical activity," said Karen Perry, director of campus recreation. "Research has shown that college students are gaining weight because their activity levels have switched and their eating habits have changed. We're trying to get them to be more active and have exercise at the forefront of their daily routine, especially in the first couple days they're here on campus in order to set the tone." 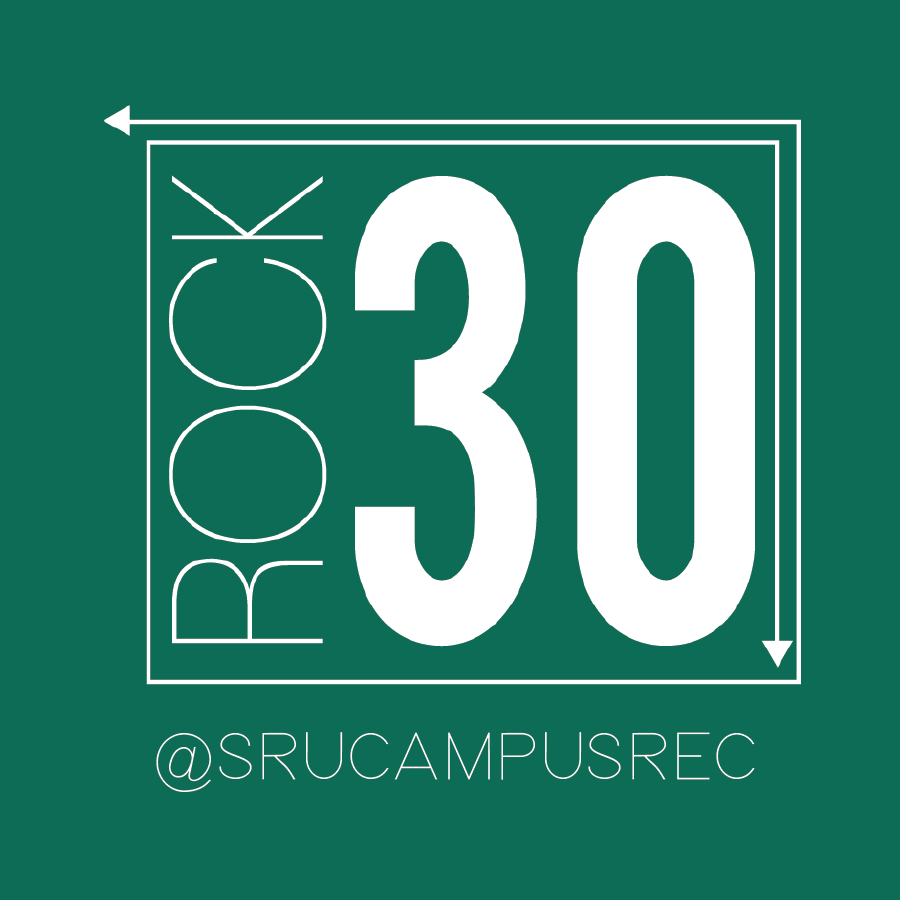 According to Perry, Rock 30 is not solely a weight-loss initiative for first-year students, it's a campaign to encourage all students, faculty and staff to live a healthier, more active lifestyle.

"The benefits of exercise are many," Perry said. "You're going to have more focus, more energy, keep your weight down and that will help with studying, work, etc. We're putting it out there to everyone to 'Get their 30.'"

Research by the American College of Sports Medicine and the Centers for Disease Control and Prevention supports that adults require at least 30 minutes of moderate to vigorous exercise daily to maintain a healthy lifestyle.

Rock 30 is starting as an educational and awareness campaign, with staff at the Aebersold Student Recreation Center providing ways people can "get their 30." There are plans to develop the campaign further where students can log their activity on CORE, the University's online platform for co-curricular programming, and earn incentives, like T-shirts, for participating.

"Rock 30 is not meant to be a competition of who has done the most activity," Perry said. "It's for the individual who says, 'I want to be healthy; let's have a healthy campus.' We have a healthy campus but we've been siloed in different areas. We're trying to push it out as a campus-wide campaign to 'Get your 30.'"

Perry got the idea for Rock 30 after listening to a presentation by colleagues from the University of Dayton at a conference for collegiate recreation leaders in Denver last March. She said 30 minutes was selected because it's a manageable time, whether that means participating in a structured, group workout at the ARC for 30 consecutive minutes or simply walking to and from class rather than riding the Happy Bus, the Student Government Association's on-campus shuttle service.

According to Perry, one of the reasons why it's important for college students to develop exercise habits is because it's a change in their overall lifestyle. Adolescents are accustomed to having activities scheduled for them, either by their parents or as members of sports teams.

"College students are impressionable at this point in their lives," Perry said. "They've been so programmed throughout high school and now many of them are living away from home for the first time. They are used to being active and all of a sudden, they come to college, and unless they take their own initiative to join a club and get involved, they aren't going to do it because they don't know how. When you come to college you are on your own, but we're here to help."