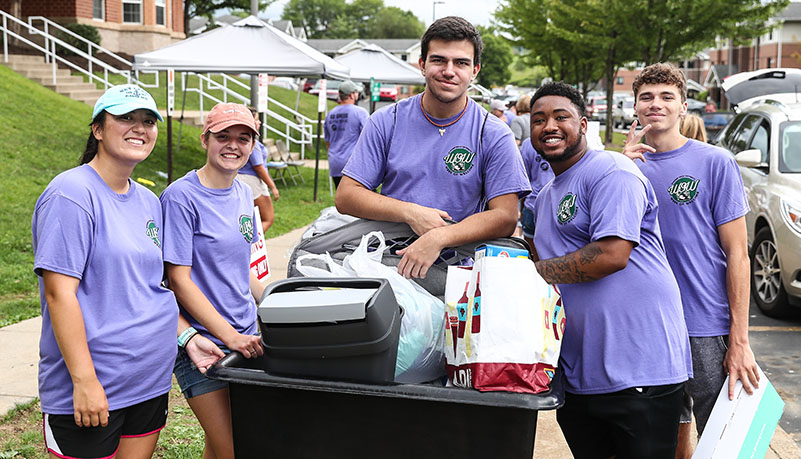 SLIPPERY ROCK, Pa. — Among the more than 400 volunteers welcoming first-year students to Slippery Rock University on move-in day, Aug. 22, was SRU President Bill Behre, who stood by the curb outside of Residence Hall A where he greeted families as they arrived and gave directions as to where to unload students and belongings.

"It's always a thrill and a rush to see how excited people are (when they arrive)," said Behre, participating in his second move-in day as SRU president. "I just enjoy being a part of this excitement and what an important day it is for the students who are showing up to college for the first time." 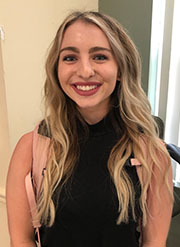 After offering one student a lollipop, Behre joked with the parents that their student just took candy from a stranger, but according to the students and their families, the people who welcomed them were anything but strange.

"It felt more like home to have the president talking to you as soon as you arrived," said Alexis Zavarelle, a freshman exercise science major from East Canton, Ohio. "It's exciting and I'm ready to start the next chapter of my life and to meet new people."

"There's excitement and a little bit of nervousness and anxiety, but everyone is very warm and welcoming," said Braiden O'Connor, a freshman exercise science major from Irwin, who laughed while sharing his story about receiving candy from Behre. 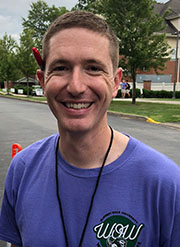 Move-in day, which included more than 1,100 residential freshmen and transfer students that started arriving at staggered times between 8 a.m. and 5 p.m., is part of SRU's Week of Welcome. Classes begin Aug. 26 but WOW programming, organized by SRU's Office for Student Success, continues through Sept. 3.

There are already more than 700 residential students on campus due to early arrivals by fall sports teams and the Jump Start program. The remaining 700-plus upperclassmen move in on Sunday. However, move-in day for first-year students is the most festive atmosphere with music, including tunes from the practicing Marching Pride band, helping to celebrate their arrival.

"It's one my favorite days of the year," said Patrick Beswick, director of residence life. "The campus is coming alive and we are literally watching the students embarking on their future. Also, the volunteers we have are amazing and they make it a great experience."

Among the volunteers are faculty members like Cory Shoemaker, assistant professor of biology, who has yet to begin his first semester at SRU but was more than willing to accept an assignment as Building A's coordinator, giving parents and students instructions upon their arrival. 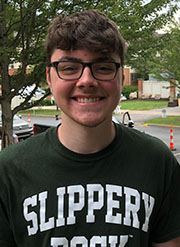 "Students can choose a lot of different universities but they chose SRU for a reason, so I want to help put our best foot forward," said Shoemaker, who considered it his duty to make sure the move-in process was the least stressful part of the day, especially with families saying goodbye to their sons and daughters as they leave home for the first time.

"Everyone knew what they were doing and it went really smooth," said Steve McCale, the father of Mackenzie McCale, a freshman exercise science major from Girard, Ohio. "There's music and everyone is happy for the new kids arriving. As a parent, you are nervous to have your kid going off to (to college and) becoming an adult. This makes me feel a lot better about leaving her here."

A significant part of the experience are the student volunteers, many of whom arrived earlier in the week so they could help with move-in day and other WOW programs. They do a lot of the heavy lifting, unloading the first-year students' belongings from their cars and either carrying them or pushing wheeled bins to assigned dorm rooms.

"The student volunteers are doing most of the work; I'm just making sure everything runs smoothly," Shoemaker said. "It's exciting to see the campus buy-in and the level of connection among the students. That's something you don't see at a lot of other universities." 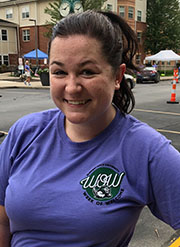 Student volunteers like Emma Burgman, a senior communication major from New Kensington, were among a group outside Building A that cheered each arrival.

"As a senior, volunteering for move-in day brings my college experience full circle," Burgman said. "It's shows me the growth that I've gone through since I was a freshman and I'm excited for the opportunities that they are going to have in the next four years. I love this University and move-in day brings out the community aspect in how everyone is excited to welcome the new students and let them know that this is home and we're happy they're here."

"It's good to know that everyone here is in the same boat as me or they were a freshman before and they're able to help you," said Trinity Romesberg, a freshman marketing major from Hollsopple. "I'm excited to be a part of this campus; I've heard about how this is such a great university and I'm looking forward to the freshmen get-togethers and meeting new people." 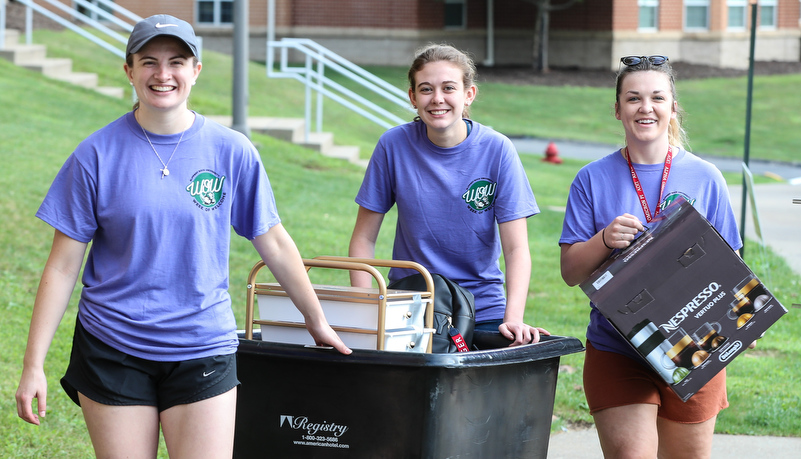 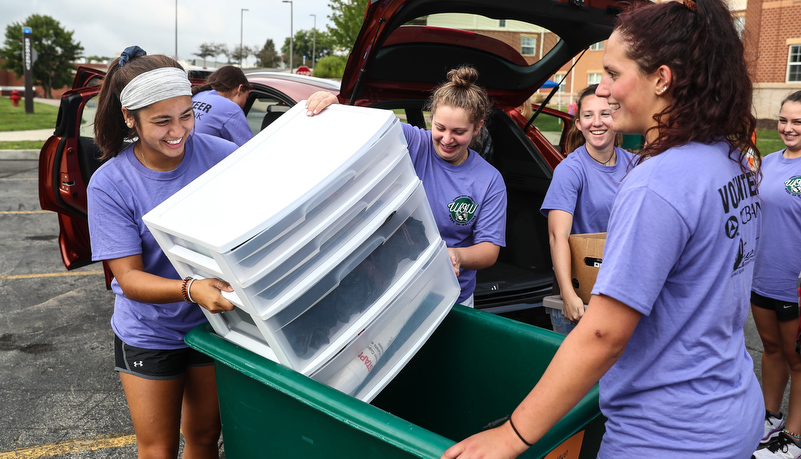 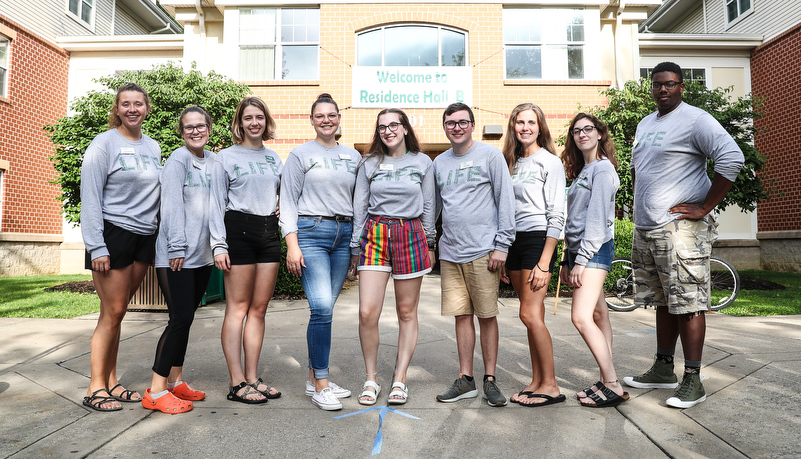 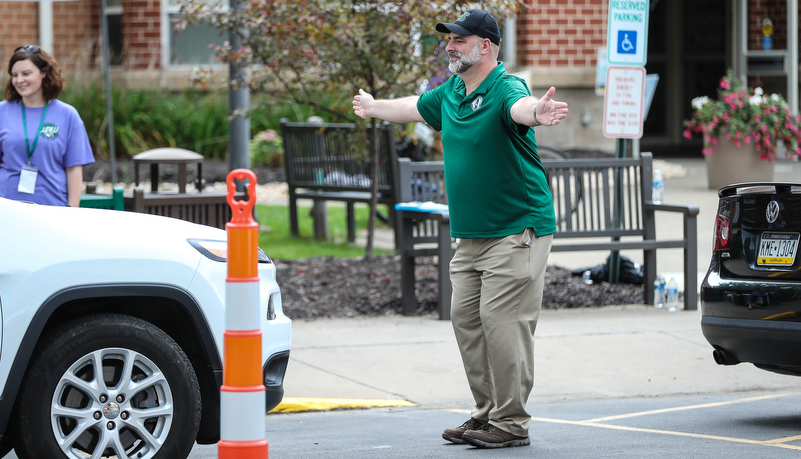 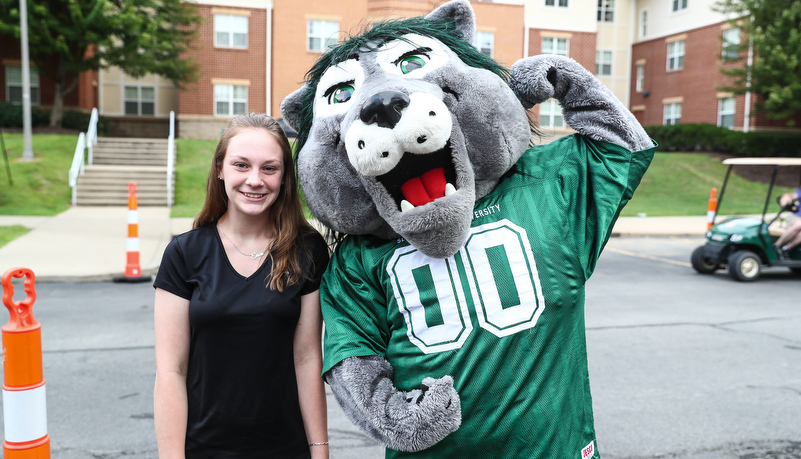 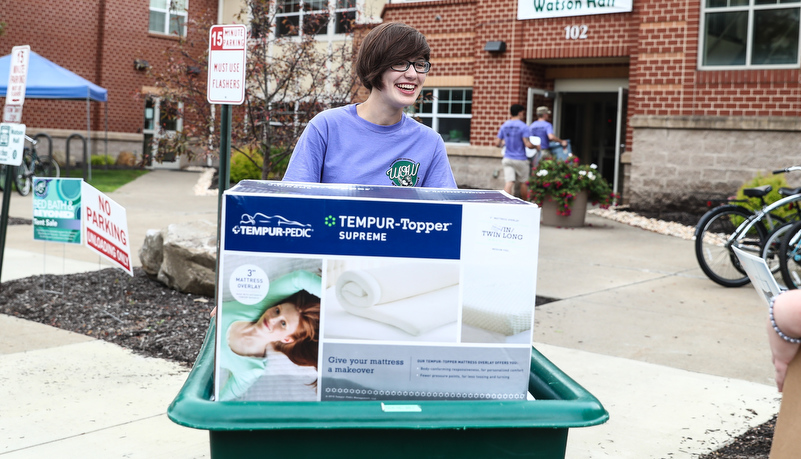 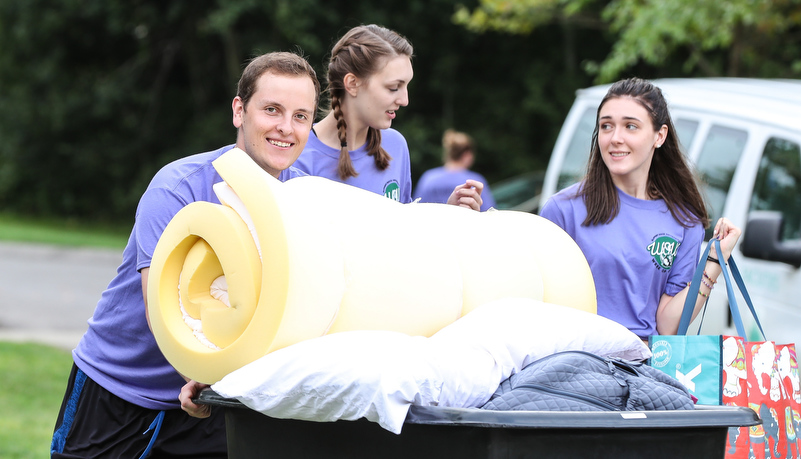 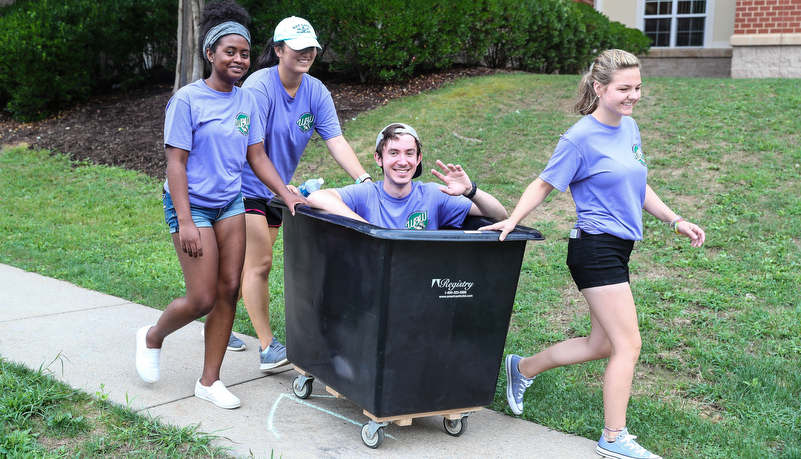 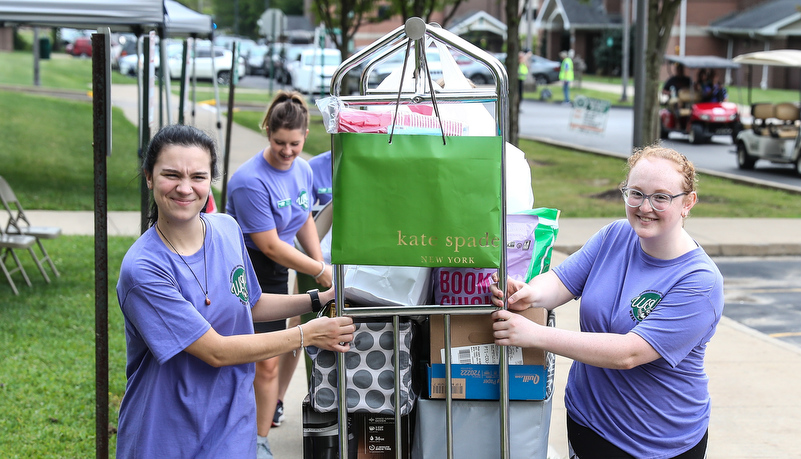 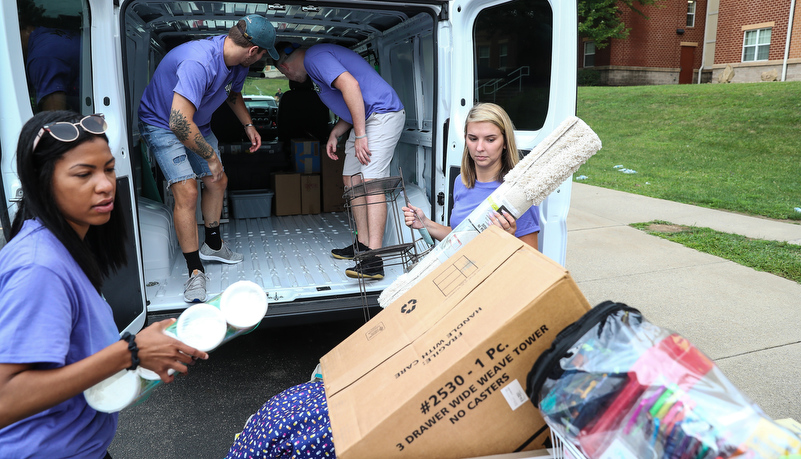 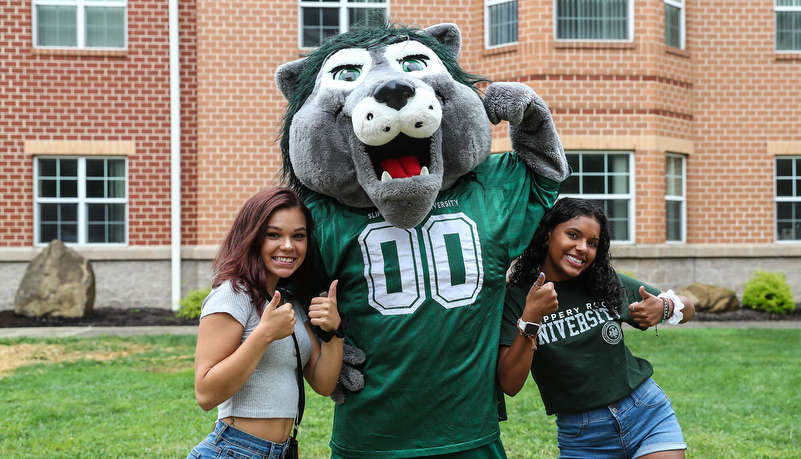 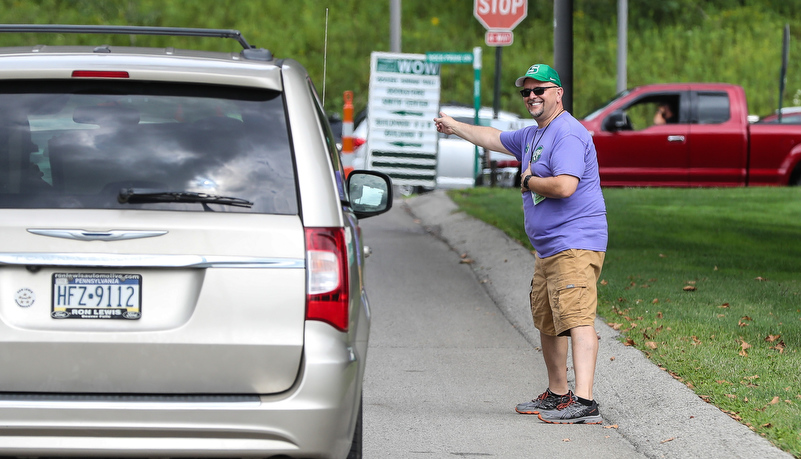 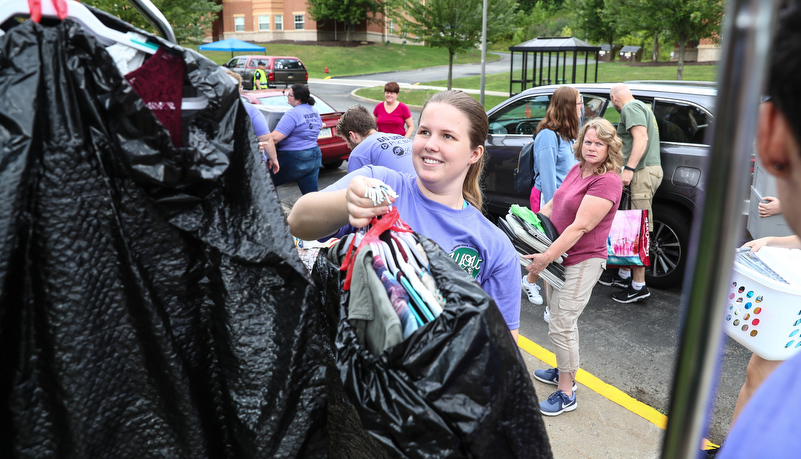 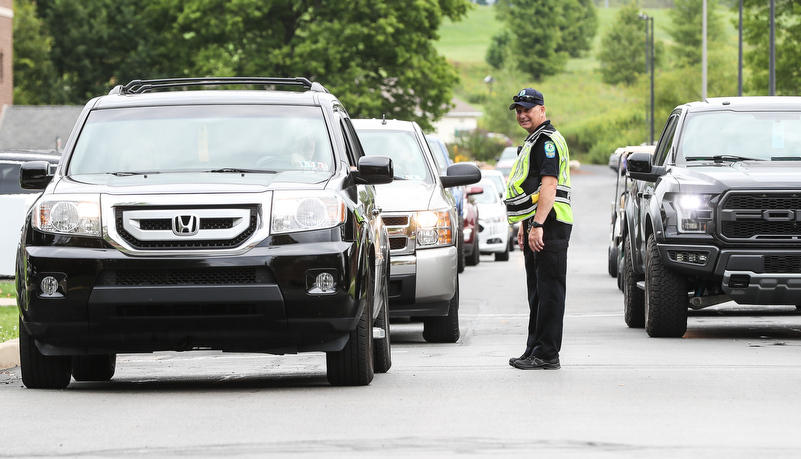 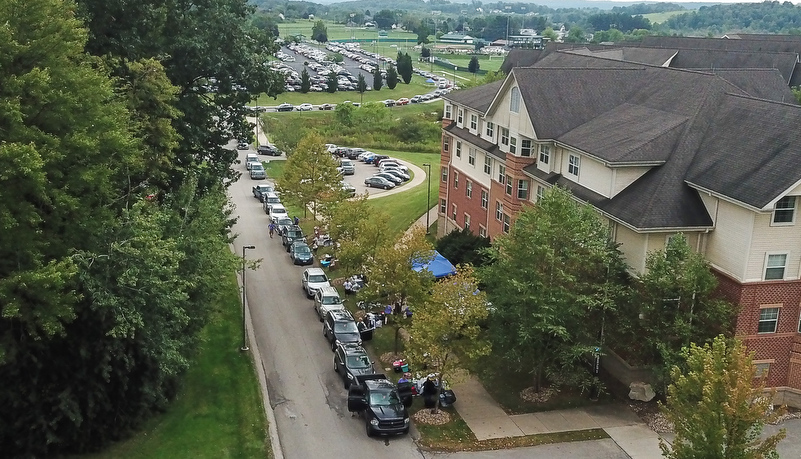 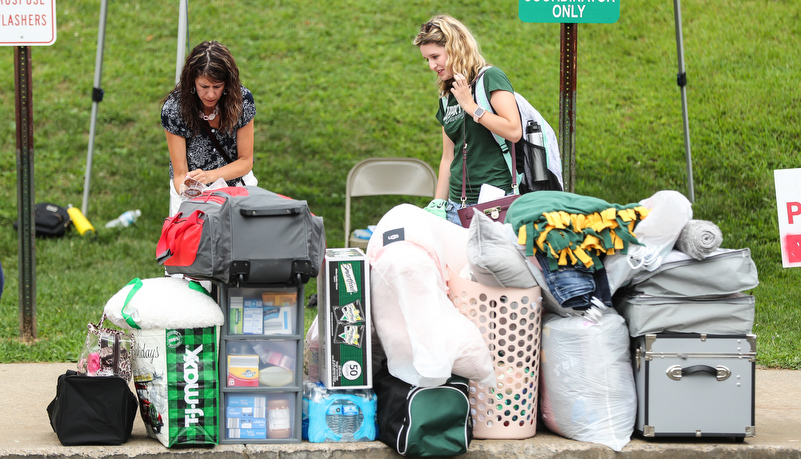 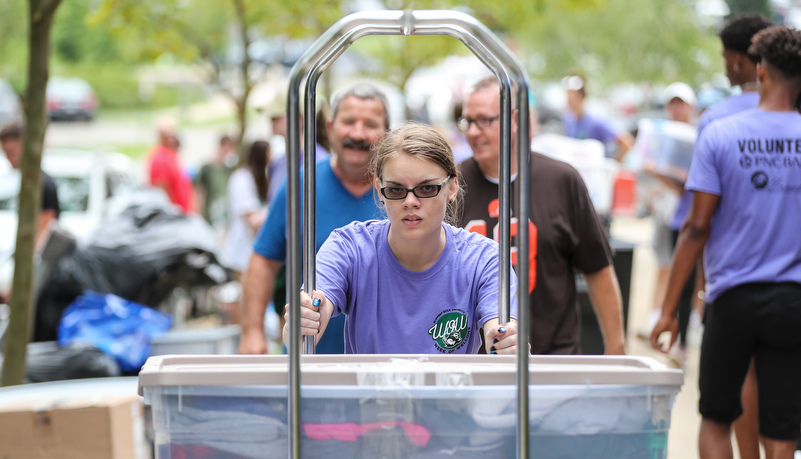 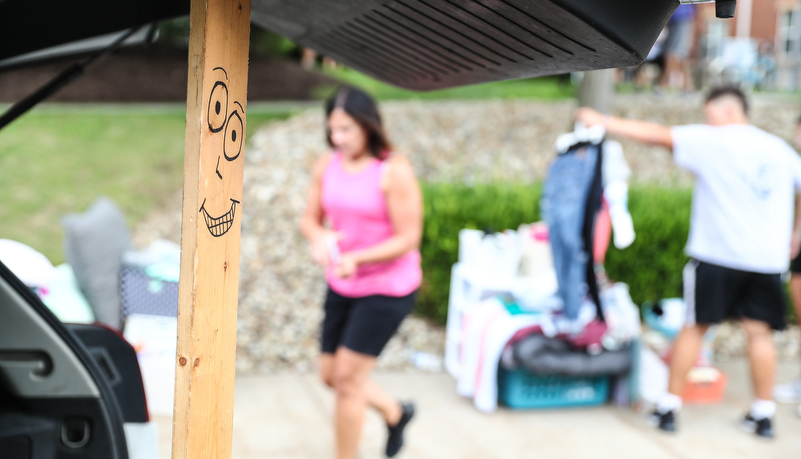 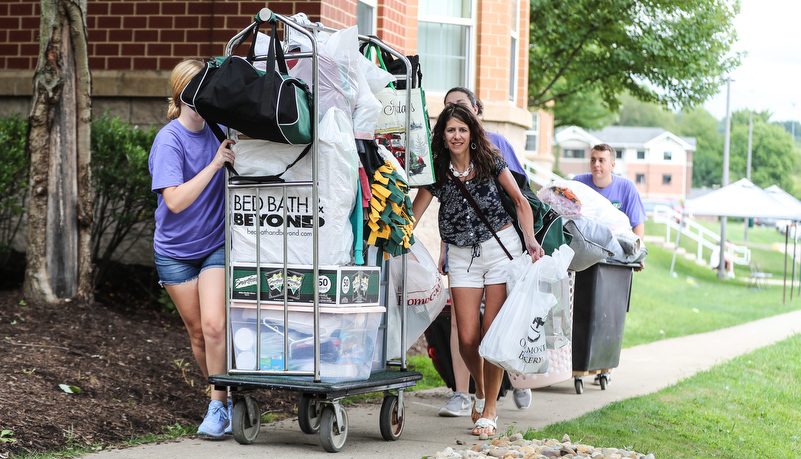 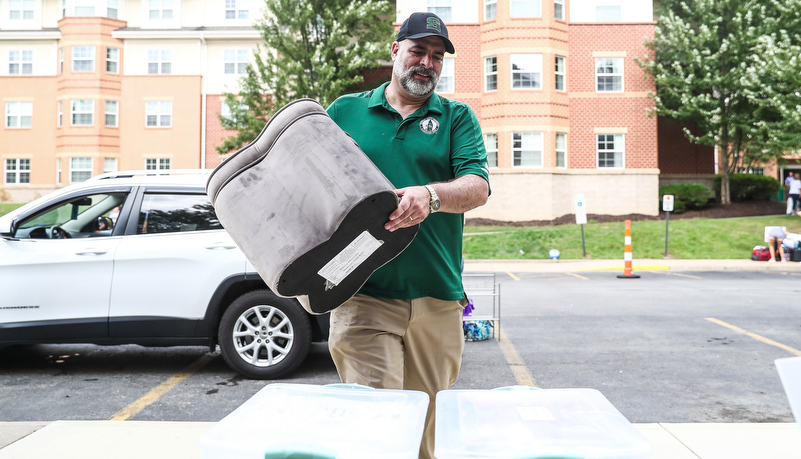 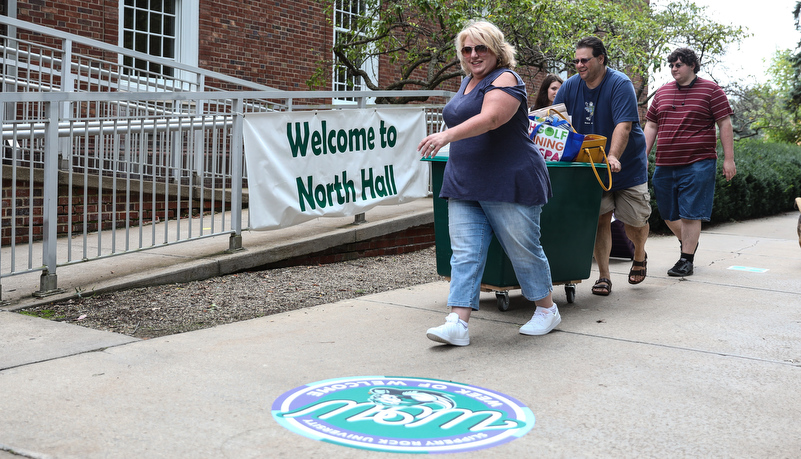 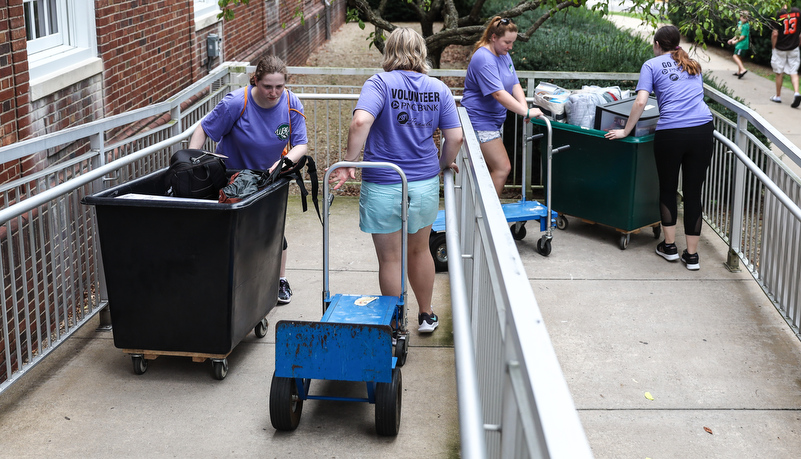 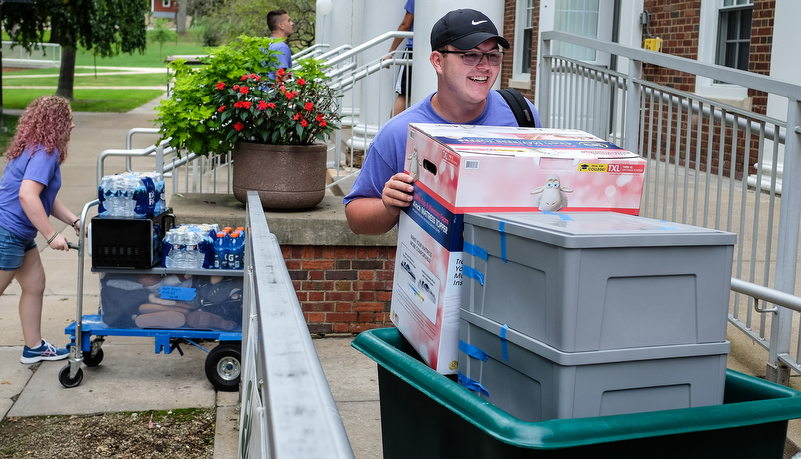