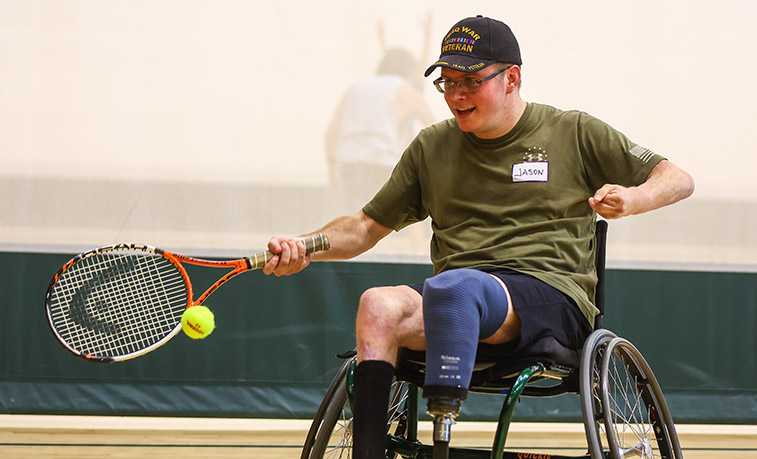 Jason Ehrhart, a U.S. Army veteran who was injured in Iraq in 2005, plays adaptive tennis with members of the Slippery Rock University women’s tennis team.

SLIPPERY ROCK, Pa. — Jason Ehrhart enlisted in the U.S. Army in 2005 because he "wanted to serve for other people." After he was wounded in Iraq and became an amputee, he remained active alongside fellow military veterans despite using a wheelchair. But last week at Slippery Rock University, he tried a different kind of service -- this time with a tennis racket. That's because Ehrhart was one of 15 veterans to participate in a program at SRU's Aebersold Student Recreation Center, Aug. 19, part of the University's partnership with the Wounded Warrior Project.

The program provided veterans opportunities to play adaptive sports. Adaptive sports are modified to allow people with and without physical or mental disabilities a chance to participate. 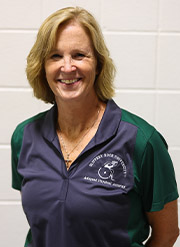 "The disability sports movement and the Paralympics have strong ties to military veterans," said Wendy Fagan, instructor of physical and health education, who specializes in adaptive physical activity. "We want to make sure we're reaching out to our injured veterans, so they understand that being injured doesn't mean the end of sports or physical activity for them."

"There's quite an alumni presence from our adapted physical activity program because we send out a lot of students in western Pennsylvania, across the country, and in other parts of the world to work with people with disabilities," Fagan said. "Word has spread and it's exciting to get a phone call with people saying, 'We want to work with you.'"

When organizers needed an adaptive sports component as part of a weeklong program in Pittsburgh, Soto and Petit were quick to recommend their alma mater as the ideal solution.

"The faculty, staff and students are so welcoming. SRU has amazing facilities and an amazing program dedicated to it, so it became a natural fit for us," said Shawn Seguin, WWP alumni manager. "We don't have to find the athletic wheelchairs and other adaptive equipment to bring in. The fact that this is important enough to make adaptive sports part of their degree program speaks highly of the University and it's been a pleasure to work with everyone here at SRU."

"It's wonderful to do something for the veterans, but it's always nice when it benefits our students as well," Fagan said. "They get to work with people with different types of disabilities and abilities as well as people from different populations, like wounded veterans. They hear their stories. The students are able to understand how to adapt, not just to physical activity and sport, but in life."

"The (varsity) athletes are great," Fagan said."We love when we get them involved because that means we're expanding our impact. We know we can get students who are in adaptive physical activity program involved, but when we can expand it to our athletes, that's even greater."

"I've never done this before and I've never coached wheelchair tennis. It definitely takes a lot of coordination," said Georgie Lancaster, a sophomore health and physical education major from Bromley, England, who is a member of the SRU women's tennis team. "This was a fun group to work with and they're really enthusiastic about what they're doing. It's a great experience and I learned a lot."

"This was really enjoyable," Ehrhart said. "I just love it all. It's nice getting out and meeting new people and being with my fellow veterans." 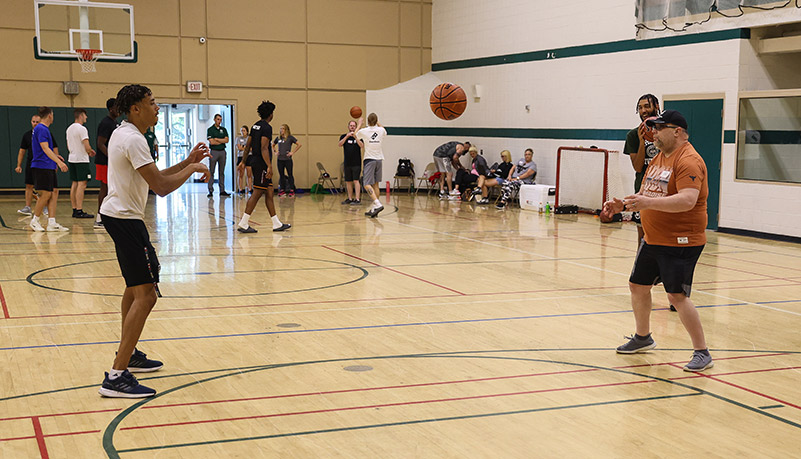 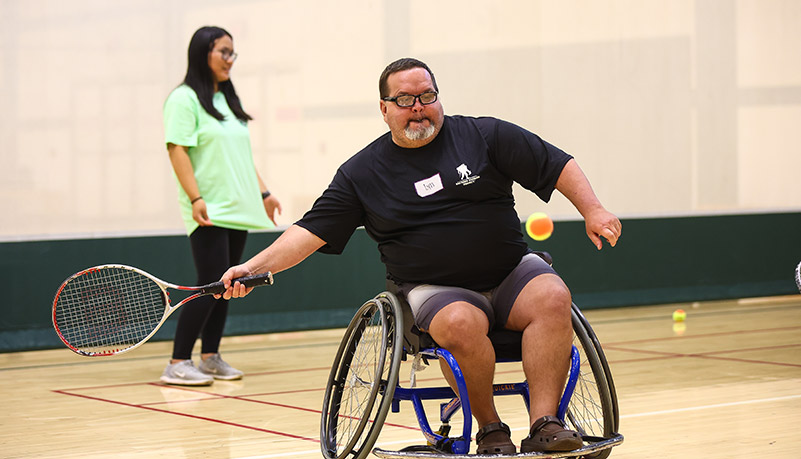 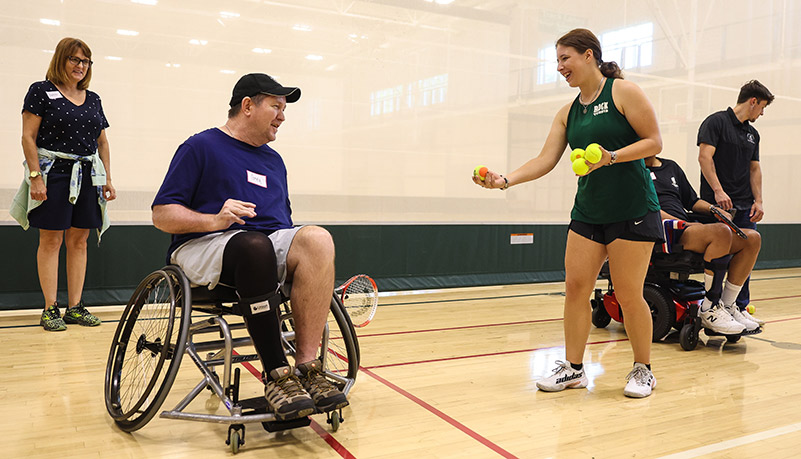 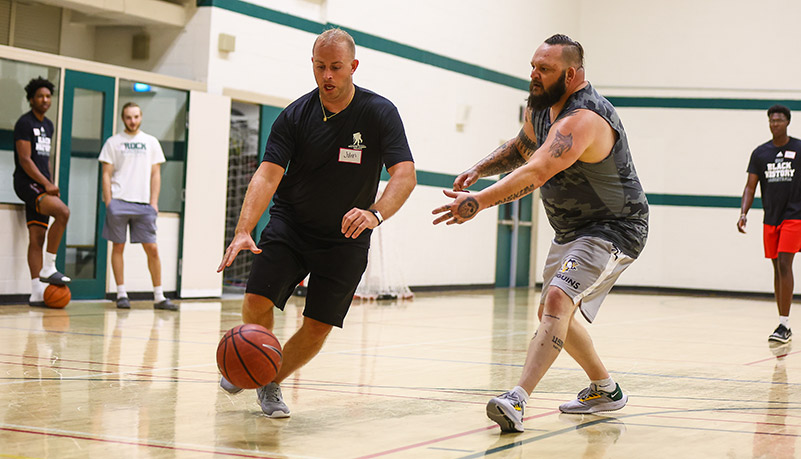 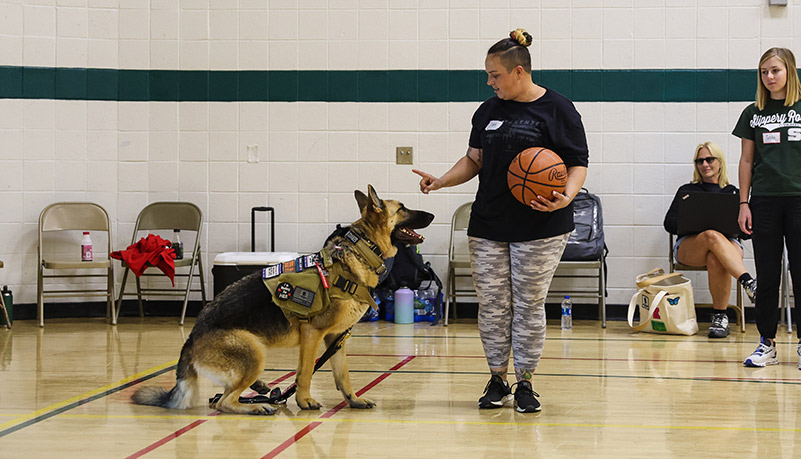 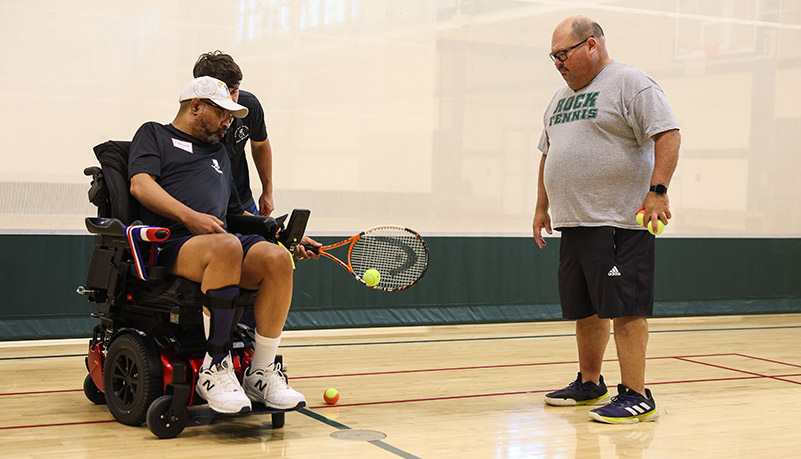 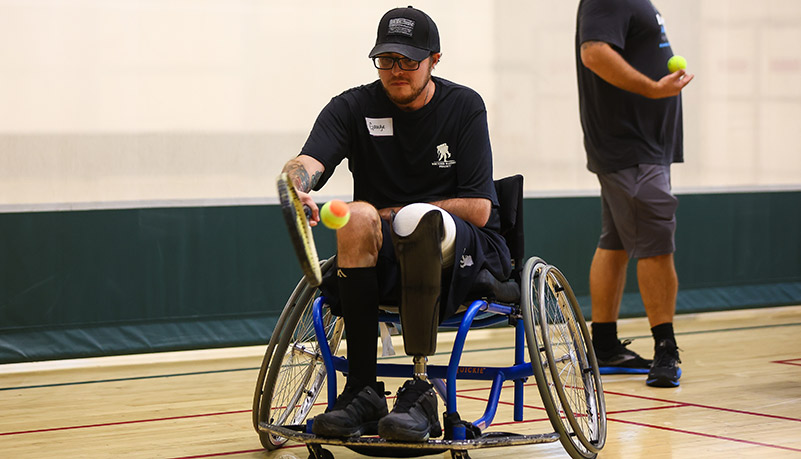 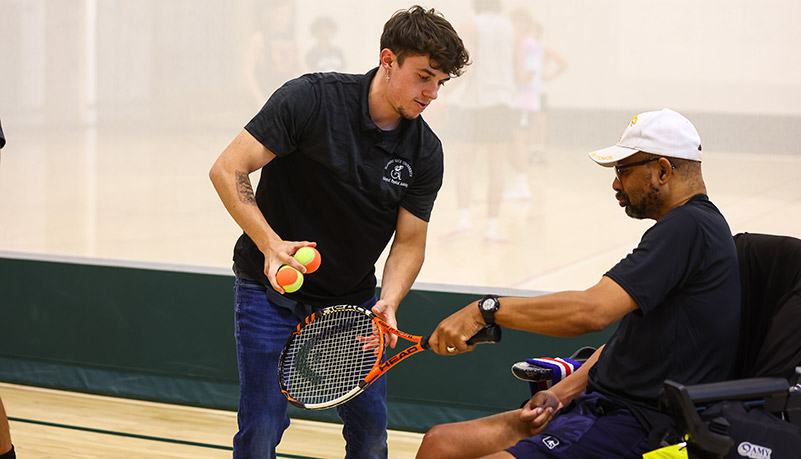