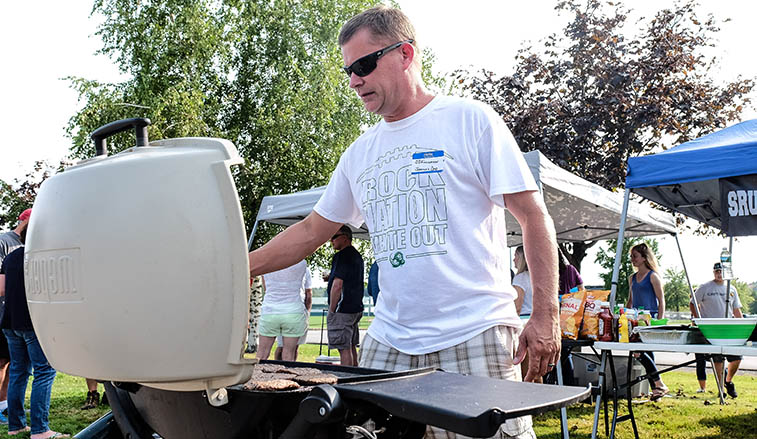 SLIPPERY ROCK, Pa. - The most extravagant tailgate parties staged before college football games usually involve the likes of Penn State, Notre Dame and Michigan. But smaller schools like Slippery Rock University are able to hold their own just fine with the pregame tradition that provides a festive game-day atmosphere.

The first Saturday in September is National Tailgating Day, and lest you confuse tailgating with poor driving etiquette, the practice of having an informal meal served from the back of a parked vehicle is uniquely American and a great way to literally and figuratively chew the fat with fellow football fans before a game. SRU fans will have the opportunity to tailgate before The Rock football team's first home game, 1 p.m., Sept. 1, when SRU hosts Kentucky State at Mihalik-Thompson Stadium.

"Our fans have embraced tailgating and it makes for a good atmosphere," said Paul Lueken, SRU director of athletics. "It's a great opportunity for our fans, particularly the parents of our players, to socialize and as long as everyone enjoys themselves responsibly and follows the rules it makes for a fun day." 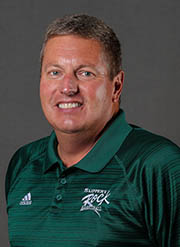 The origins of tailgating are unknown, but many teams claim to have started the tradition, especially in locales where early arrivals are necessary to secure a parking space, albeit with a picnic lunch to pass the time. Many people have suggested that the first tailgate party occurred in 1861 before the Battle of Bull Run, when observers of the early American Civil War battle brought picnic baskets and bottles of claret. In 1869, the first college football game was played but the chances are slim that many fans showed up early to eat hamburgers and hot dogs cooked from a grill or hosted parties from pop-up tents, campers and RVs.

"Tailgating seems to go hand-in-hand with college football," Lueken said. "It's part of the pageantry of college football and having a relaxing time while supporting your team. At some places, it may not be (important) who won the game but how good the tailgate party was, but here we like to win the games, too."

According to Lueken, SRU offers one of the better venues for tailgating in the region, at least among schools in the Pennsylvania State Athletic Conference. Many schools have contacted SRU for guidance regarding their tailgating policy.

"We want people to enjoy their visit here and help create a nice atmosphere but by doing it the right way and following the rules," Lueken said.

SRU offers fans the opportunity to tailgate in paid, lower parking lots near the stadium along North Road. University Police patrol the lots during tailgating to ensure all fans are tailgating responsibly and according to the policy, which includes:

• Each parking spot used for tailgating is available for $5.
• Tailgating is permitted three hours prior to kickoff.
• All tailgaters must enter the stadium or clear the parking lot by kickoff.
• No halftime tailgating is allowed.
• Alcohol during tailgating events is limited to beer and wine only.
• Consumption from glass containers is prohibited.
• Liquor and spirits, beer kegs, party balls and multi-quart containers of beer are prohibited. All drinking paraphernalia and drinking games of any sort are also prohibited.
• Amplified sound systems are prohibited.
• No alcoholic beverages are allowed outside of the parking lots.
• Tailgaters must adhere to all state alcohol laws.
• Post-game tailgating is limited to two hours.
• All trash must be bagged and tied closed.
• Persons found not to be in compliance with these policies may be asked to leave the premises.

Lueken said anyone consuming alcohol at a tailgate must be 21 years old or older. Violators will be cited under the Pennsylvania Crimes Code, section 6308. He reminds everyone that supplying alcohol to a minor is a misdemeanor and that violators will be arrested.