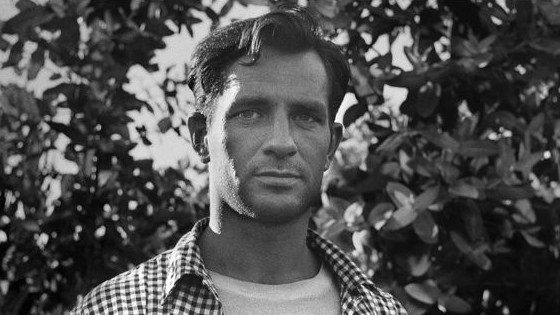 Jack Kerouac’s seminal novel, “On the Road,” is widely considered the defining work of the Beat Movement and the Counterculture generations. The novel celebrates its 60th anniversary Sept. 5.

SLIPPERY ROCK, Pa. - Many college students are flush with dreams and aspirations of a bright future when they embark on their journey through higher education; but when Jack Kerouac was as student at Columbia University in the early 1940s, he vowed to become an artist who would change literature and the consciousness of America.

You need not look further than your calendar to confirm Kerouac's promise as today marks the 60th anniversary of the author's seminal novel, "On the Road," released by Viking Press in 1957. The novel is widely considered the defining work of the Beat Movement and the Counterculture generations, awakened by authors such as Kerouac and his classmate Allen Ginsberg.

"That's audacious for some college sophomores to sit down and say, 'We're going set the entire literary and cultural establishments on their ear,' but they did," said William Boggs, professor of English at Slippery Rock University and an expert in the Beat Generation, a literary movement that was the subject of a special topics elective course he taught at SRU in 2014. "They understood that the way things were didn't match the way people were feeling, so they set about to literally change the consciousness of America." 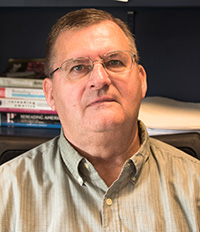 "On the Road" was Kerouac's second novel, which was written in the late 1940s and typed on a continuous scroll of manuscript in April 1951 before it was submitted to an editor. The story follows two main characters, the circumspect narrator, Sal Paradise, and his carefree traveling companion, Dean Moriarty, as their road trip across America became a free-spirited quest for meaning against a backdrop of jazz, poetry and drug use. The autobiographical story is inspired by Kerouac's adventures with fellow Beat Generation author Neal Cassady.

"As Kerouac described, it was his love letter to America," Boggs said. "It's a search for one's self. There were a lot of things that marked the changes in our society when you read the book today. I think a lot of young people read it today and say, 'Here are these guys that were just out raising hell' and 'Why are we looking at these hippies; they are totally irresponsible and don't fit in.' But it was a rebellion against the gray flannel suit conformity of the early 1950s."

According to Boggs, there was a time in the 1960s when almost every college student had a copy of "On the Road," but the novel has since fallen out of favor, especially as part of academic curricula, to avoid controversial subject matter. Americans have reverted back to safer, conformist ideals, which go well beyond the fact that few people hitchhike anymore the way they did in "On the Road."

"You couldn't do that novel today; I think our society is much more controlled," said Boggs, who observes that, although Kerouac was ahead of his time in being open to multiculturalism, today there would be feminist backlash and resistance to some of the book's themes of unconformity. "You really can't get into what happened with the Beat Movement without having controversy."

Boggs doesn't blame people's aversion to controversy as the sole reason for the book's fall from popular culture, but rather the lack of awareness for literary works of that era and the impact they had on American culture.

"Post-World War II literature is really the record of our culture and our society for the last 50 or 60 years," Boggs added. "I would advocate that people open their hearts and minds to what this country went through because we didn't get where we are today without a long process."

In addition to "On the Road," Boggs recommends works from female authors of the time, including works by Joyce Johnson, who released titles as recently as 2012 about her relationship with Kerouac, who died in 1969.

As a parting commentary about "On the Road" and its enduring impact on society 60 years later, it's best to use the dialogue of Sal Paradise and Dean Moriarty, which typifies the ambition and spirit of the movement:

"Sal, we gotta go and never stop going till we get there."