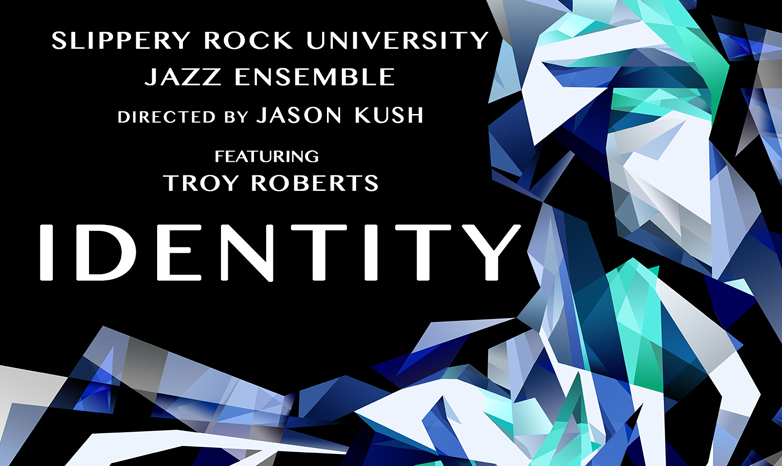 SLIPPERY ROCK, Pa. - There's no question that jazz musicians get real world experience at Slippery Rock University. Not only do they play gigs, they rub elbows with professional musicians and record CDs. 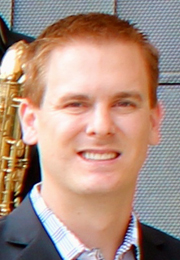 Most recently, the Jazz Ensemble entered a Pittsburgh studio to tape "Identity," a two-disc CD of big band, traditional and contemporary jazz numbers. The CD will be issued Sept. 29, with a release party at 7:30 p.m. in the Alumni House.

"This project was just the ultimate group project because it produced something artistic and something that didn't exist previously," said Jason Kush, assistant professor of music and ensemble director. "It is great jazz-idiom music."

Kush said the project "required students to stretch their limits as musicians to meet their goals, and they did it."

"All of the members of the band were challenged with this project to play, perform and record at the highest possible level," said Jeanne Marie Stalteri, a music education and performance major from Indiana, Pennsylvania. "Recording came with a lot of pressure but was an amazing opportunity and a great learning experience. I loved working with this group of people and was constantly pushed and inspired to play my very best."

The ensemble received the commissioned songs throughout the past year and spent several months rehearsing the music for the April-May recording.

"This project is truly special and was an immense opportunity for the Jazz Ensemble and for Slippery Rock University," Stalteri said. "It has been a highlight of my time here, and I am very proud of all the work accomplished. All of the members of the band owe so much to our director, Dr. Jason Kush, for putting this project together. I am very excited to hear the finished product and to share this project with others."

At the CD launch, students will talk about the making of the CD and play select tracks.

The $10 CD will be available at the SGA Bookstore and many online sites, including Spotify, iTunes, CD Baby and Amazon.com.