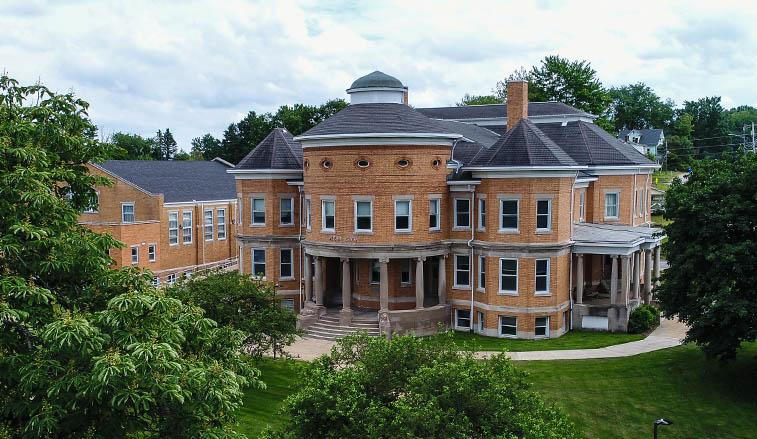 SLIPPERY ROCK, Pa. - If the following announcement seems like something you've heard before, it's because you have - ten times over in fact. In rankings released today, Slippery Rock University has been named among the 2019 "Best Regional Universities - North" by U.S. News & World Report. It is the 10th consecutive year that SRU has earned the accolade. SRU finished in a three-way tie for the 90th slot, alongside College at Brockport-SUNY and Monroe (Bronx, New York) College.

SRU was also honored as one of only 46 "Top Public Schools - Regional Universities (North)." The Rock came in tied for the 25th spot alongside College at Brockport-SUNY.

The University also was named to the "Best Value Schools - Regional Universities North" list, coming in at No. 54.

"Incredible," said SRU President William Behre of the University's inclusion as a best regional university for a tenth straight year. "It's really quite an achievement that all our students, faculty and staff should celebrate. Together, as a community, everyone has come together to build something incredibly special at SRU and it is reflected in the fact that our institution is recognized annually over a lengthy period of time."

The University ranked among the top 90 regional universities in the North. According to the magazine, the 459 universities in the regional category were ranked against their peer group in one of four regions - North, South, Midwest and West - because "in general they tend to draw students most heavily from surrounding states."

According to U.S. News, regional universities are defined as "(those) institutions that ... provide a full range of undergraduate majors and master's programs; the difference (being) that they offer (fewer) doctoral programs."

A complete listing of the U.S. News & World Report college rankings can be found at: https://www.usnews.com/best-colleges.