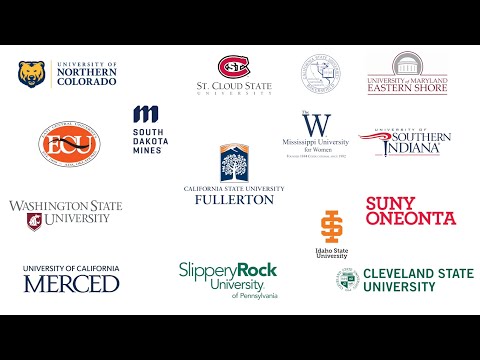 SLIPPERY ROCK, Pa. — Slippery Rock University President William Behre has joined the presidents and chancellors of 14 other universities from across the country in bringing forward a message of unity to eradicate discrimination and racism.

When Behre began his presidency at SRU, July 1, 2018, he also became a member of the New Presidents Academy, sponsored by the American Association of State Colleges and Universities. The program is tailored to the needs of new presidents and chancellors who lead state colleges and universities and allows them to meet with their peers in an environment that is supportive, engaging and tailored to the specific challenges that they may face.

"The New Presidents Academy was extraordinary in that it allowed leaders at pubic institutions from across the nation to learn from each other as we entered our new roles," Behre said. "I gained an extensive cadre of colleagues who I can call upon during challenging times."

In recent weeks, one of the colleagues Behre met at the academy, Fram Virjee, president of California State University, Fullerton, convened members of the group to discuss and create action points for members to take back to their respective campuses in an ongoing effort to help eliminate systemic racism and promote social justice.

Inspired by a Black Lives Matter video created by several NFL players, the group decided to kickstart their work with a joint commitment to each other, their respective constituencies, the more than 100,000 students they serve, and the nation as a whole. The group's goal in coming together is one of "leveraging the full weight of our positions and power to root out anti-Black policies and procedures ... (in an effort) to provide equitable pathways to higher education in which diversity and inclusion is not only celebrated, but integral to the success of every student in every discipline."

The group has produced a video in which they share their commitment to the unified effort, as well as an open letter: 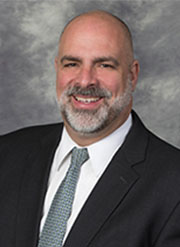 "We, the presidents and chancellors of public higher education institutions from across the nation, stand together to call out and eradicate discrimination and racism.

"We stand together as leaders of vastly different universities; some large and in the heart of densely populated urban areas, others small and in the isolation of America's farmland; some Historically Black Colleges and Universities, others Hispanic and Native American Serving Institutions; some incredibly diverse and multicultural, others more racially and ethnically homogenous.

"We stand together intending to leverage the full weight of our positions and power to root out anti-Black policies and procedures.

"We stand together to provide equitable pathways to higher education in which diversity and inclusion is not only celebrated, but integral to the success of every student in every discipline.

"We stand together declining the antiquated call to lead institutions that are merely "not racist;" instead, we aim to be "anti-racist" and enhance our support of underrepresented faculty, staff, and students.

"For those of us born with privilege, we stand together to correct the inequities that benefit us at the expense of others.

"We stand together for those who have been mistreated, falsely imprisoned, or have died at the hands or under the gavel of injustice.

"We stand together with all of you, the more than 100,00 students we collectively represent. For you are our future, and as we unite at this historic confluence of promise and hope, we vow to listen to, learn from, and collaborate with you to eradicate the injustice that is wrapped in our nation's history and too often perpetuated today.

"We stand together in recognition of the unique gifts each of our respective institutions bring to this work -- some have bold ideas and radical abilities; others are more subtle and measured in their approach -- but all are bound by an unrestrained mission of building a world of love and acceptance through education.

"And finally, we stand together to ensure our students, faculty, and staff understand that they are not only invited but expected to join us in this commitment

"Only then can we stir the good trouble until it is no longer seen as trouble; only good.

"Only then can we turn ripples of hope into tides of change.

"Only then can we reach our dream of a beloved community.

"Only then will we truly be one.

"I was excited to be part of the video and believe deeply in its message," Behre said. "Still, messages without actions are hollow."

In order to foster diversity on campus, SRU has:

"I have spent the past month meeting with Dr. Behre, representatives of PCRED, and many other SRU constituents," said Mitchell. "And I truly appreciate their candid comments about the work that we will do to increase our demonstrated commitment to diversity, equity and inclusion on the campus. We are off to a great start towards making a real difference at SRU and I look forward to working with everyone to make things happen."