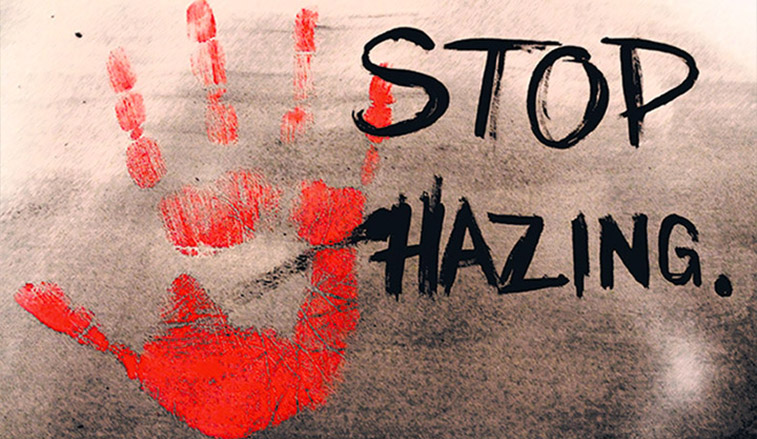 SLIPPERY ROCK, Pa. — Nearly 15 years ago, Brian Crow started researching hazing among athletes. Since that time, Crow, a Slippery Rock University professor of sport management, has become recognized as an expert in the field. Despite his strong interest in the topic, it wasn't until Crow met a particular parent of a hazing victim that he became gripped by the severity of the issue.

In 2016, after becoming a board member of HazingPrevention.Org, a national nonprofit organization that advocates for hazing prevention and awareness, Crow met fellow board member Lianne Kowiak, whose son, Harrison, died after a 2008 fraternity hazing incident in North Carolina.

"Seeing how passionate she is and how strongly she advocates for institutions to take this seriously reaffirmed what I was researching," Crow said. "The biggest misconception (about hazing) is, 'Well, that doesn't happen in our group,' or 'It's just kids being kids; it's not serious.' Try telling that to the family of someone who was killed."

HPO defines hazing as "any action taken or any situation created intentionally that causes embarrassment, harassment or ridicule and risks emotional and/or physical harm to members of a group or team, regardless of the person's willingness to participate." 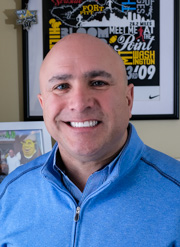 According to HPO, more than half of college students involved in clubs, teams and organizations experience hazing, and a quarter of those students believed a coach or adviser was aware of the activities.

In its ongoing efforts to combat hazing, SRU is joining institutions across the country to recognize HPO's Hazing Prevention Week, Sept. 23-27. The week provides an opportunity for people to talk about hazing in their communities, raise awareness about the problem of hazing, educate others about hazing and promote the prevention of hazing.

Common examples of hazing include college fraternities and sororities forcing pledges to drink alcohol excessively or members of sports teams conducting initiations that subject first-year teammates to hazing rituals to gain their trust or "prove" their worth to join.

"An initiation isn't necessarily wrong, because there could be milestones that you want to recognize when people complete something," Crow said. "But hazing occurs when someone is required to do something that is dangerous, harmful or embarrassing and doesn't have any positive benefits or is not part of their requirements to be part of the group."

Crow said another misconception is that students consent to hazing, but a 2019 expansion of Pennsylvania's Antihazing Law named after Timothy Piazza, a Penn State University student who died in a fraternity hazing incident in 2017, prohibits consent as a defense in a court of law.

"People might say, 'They wanted to go along with it; they could've left at any time,' but in reality not many 17- or 18-year-olds are going to have the strength or the courage to be the one to stand up (against hazing)," Crow said. "That's what we are trying to do -- strengthen people."

Crow and Brad Wilson, associate provost for academic affairs and integrated learning, are co-chairs of SRU's Hazing Prevention Task Force, which was created by SRU President William Behre in 2018 and includes SRU faculty and staff who work with campus groups that are at risk for hazing based on documented incidents at other institutions.

The task force helped implement Hazing Prevention 101, an online tutorial about hazing education and prevention created by HPO for the SRU community to complete. More than 700 students have completed HP101 since it was introduced in August to students representing athletics, student government, student organizations, fraternities, sororities and the marching band.

"Our task force decided to focus on education and awareness as a means to prevent hazing because our University's policies had been recently revised to include hazing," Wilson said. "That led to us ask, 'How we can educate and inform a broader population?' and with Dr. Crow's involvement with HPO, the task forced determined that the online tutorial would be a good vehicle for getting the message out."

HP101 is optional, but some class instructors, advisers and coaches have required their students to complete the 45-minute tutorial, which features slides, videos and pre- and post-tests to assess learning.

"Hazing Prevention 101 provided me with realistic examples of the ways hazing occurs in college organizations," said Alaina Stroud, a senior dual major in music therapy and music education from Aliquippa, who is president of the Marching Pride, SRU's marching band. "It is imperative for college students to understand not only what hazing is, but the long-term effects and how it can be prevented. Having adequate knowledge and being an anti-hazing organization allows group members to form healthier bonds and grow to be better leaders."

There is also a module within HP101 specifically designed for sororities and fraternities that can be taken once a user completes the introductory course. In the coming months, SRU will be one of two schools that will conduct beta testing for an athletics module.

The SRU community is encouraged to take HP101 at the following link: https://sru.prevent.zone. Users can log in using their SRU email address and select "Hazing Prevention 101."

Questions about the tutorial can be directed to Crow at brian.crow@sru.edu or Wilson at bradley.wilson@sru.edu. To report a hazing incident at SRU, visit: www.sru.edu/studentconduct.