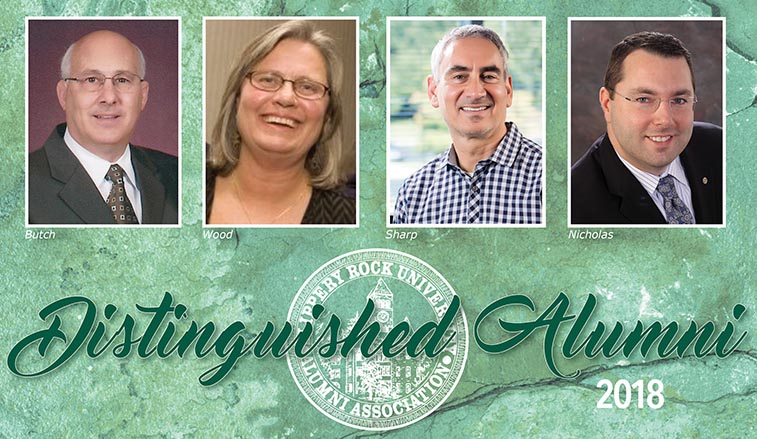 "We're just so proud that we have so many wonderful alumni who we can recognize every year because they are such great representatives of the University," said Tracy Allison, assistant director of alumni engagement. "We were proud of them as students and then they go out into the world and make a difference through their service, their careers and as mentors to current students, our future alumni." 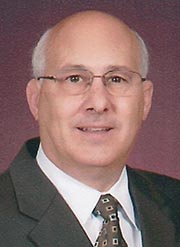 Butch, a Vietnam War veteran, had his education at The Rock interrupted by his time in the service, but returned to complete his bachelor's degree in economics before earning a master's degree from Youngstown State University in 1977.

Because of his wartime experience, Butch is very passionate about students returning to SRU to finish their degrees for any reason, but especially if they are veterans. As a result, Butch and his wife, Beverly, created the Veteran Re-admit (Second Chance) Scholarship.

Butch served in numerous senior level positions with Computer Sciences Corporation and at one point was responsible for a budget of $2.2 billion, managing 14,000 technology employees, providing services to more than 900,000 desktop units and 20 Global Service Centers that supported 300 global companies in 49 countries. He retired from CSC in 2010.

He established HOTSITE, a business that provides midrange mainframe computer disaster recovery services. He has worked with more than 300 companies in North America and executed recovery operations for computer centers damaged by Hurricane Hugo.

Butch has a long history of service to his community by serving as a volunteer for the United Methodist Committee on Relief that built wheelchair ramps for families in need. He is a lifetime member of the SRU Alumni Association and the SRU Lifetime Giving Society at the aquamarine level. His 45 years of officiating high school and college wrestling earned him induction into the Eastern Ohio Wrestling League Hall of Fame (2011) and the Ohio Wrestling Officials Hall of Fame (2016). 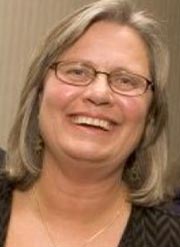 Wood, who graduated with a bachelor's degree in physical education, before earning a master's degree in education from the University of Maine, enjoyed a 30-year career with one the nation's better known outdoor apparel and equipment suppliers, L.L. Bean.

Kicking off her career as a seasonal order picker and telephone customer service representative, Wood would conclude her time with the company as the returns and distribution operations senior manager. In that role, Wood and her crew were responsible for shipping approximately 35 million units and processing more than five million returns per year. She was awarded "Bean's Best," the company's highest honor, for her leadership skills.

Prior to her arrival at L.L. Bean, Wood coached high school boys' tennis and girls' basketball and was an assistant coach for the University of Maine Augusta's women's basketball team.

Wood became a political activist in 1984. She hosted Equality Maine's inaugural mailing party prior to becoming a founding board member for the organization. In 1988, she was elected to the Portland City Council, becoming the first openly LGBT+ person elected to office in the state of Maine. She has also served on the METRO Transportation System Board, the Regional Waste System Board, the Regional Council of Government, Portland YWCA Board, Maine Won't Discriminate Campaign Steering Committee and was a founding board member of Services and Advocacy for LGBT Elders of Maine.

Woods remains active in retirement, serving on the boards of the Equality Maine Foundation, Equality Community Center and the cPort Credit Union. She also volunteers as a driver for the elderly at the Independent Transportation Network. 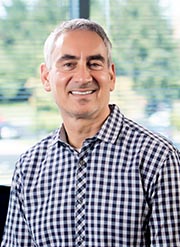 A certified public accountant, he founded The Sharp Financial Group in 1993. A veteran of more than 25 years in the financial services industry, Sharp is highly skilled in providing financial and tax-advisory services. He has advised business owners across a wide range of industries, developing expertise in the pharmaceutical, advertising, construction, real estate, retail, distribution and professional sports industries. His other areas of expertise include corporate restructuring, business start-ups, consulting, financial planning, mergers and acquisitions and financial and tax due diligence. 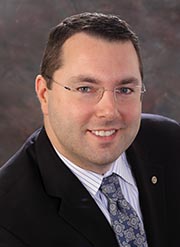 Nicholas transferred to SRU from Washington & Jefferson College to pursue a degree in international business. The change in venue allowed him to study aboard for a trio of semesters that enabled him to become fluent in French and Spanish.

After graduation, Nicholas purchased the Pittsburgh Business Exchange, a small-scale business networking group where he became the president of a company that had yet to turn a profit. PBX is similar in scope to a chamber of commerce, hosting more than 50 events each year that bring together thousands of Pittsburgh professionals for networking and community outreach. After taking the helm at PBX, Nicholas grew the company from 500 paid members to more than 30,000 corporate executives, business owners and entrepreneurs that has yielded millions in referrals, connections and business deals.

He is a member of the Lifetime Giving Club and created the Nicholas Family Scholarship for students looking to travel abroad. He is also a member of the SRU Foundation, Inc.'s board of directors.