SRU encourages students to “speak up” against sexual assault 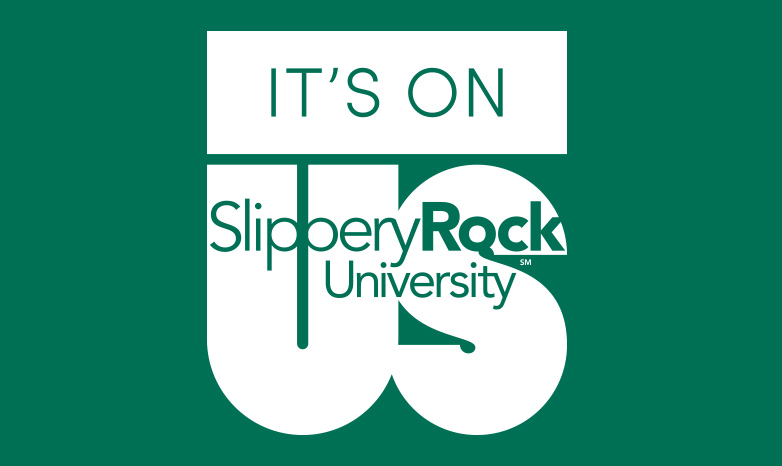 SLIPPERY ROCK, Pa. - According to the Bureau of Justice Statistics, 1 in 5 women and 1 in 16 men are sexually assaulted in college. Of these, only an estimated 5 percent are reported. A campaign at Slippery Rock University is looking to change that through awareness, prevention and a simple plea: speak up.

"We're encouraging students to speak up by talking about this issue, and letting them know that if they encounter a situation that may seem disturbing to speak up to prevent abuse from happening or by contacting authorities," said David Wilmes, SRU associate provost for student success. "We want to make sure our students know that they have a role to play in issues related to harassment, rape or sexual assault. They have the power to do something, especially with the resources we have here on campus through places like the Women's Center."

An ongoing campaign at SRU, funded through the "It's On Us PA" grant from the Pennsylvania Department of Education, will be featured the week of Oct. 15, beginning with an "It Happens Here" rally, 5 p.m., Oct. 15 in the Quad. The event, organized by the Women's Center, will provide attendees the opportunity to plant small red and white flags in the ground to represent sexual assault victims. By applying national percentages of college students who have reportedly been sexually assaulted to SRU's student population, a total of 1,248 flags will be displayed at the rally: 1,060 white flags for female students and 188 red flags for male students.

The visual representation of sexual assault victims will be reinforced by posters displayed around campus and advertisements in The Rocket, SRU's independent, student-run newspaper, that include facts about sexual assault.

The campaign theme, which will be acknowledged through social media outlets with #SRUSpeaksUp, will be administered by SRU's Office of Student Success. The campaign was initiated last year when SRU received $8,577 from the "It's On Us PA" grant to end sexual assault. SRU was one of 39 post-secondary institutions in the state to receive funding from the grant, which is intended to establish or expand programs to train students, faculty and staff; conduct institutional awareness and prevention campaigns; improve reporting and response structures; and build momentum to create sustained changes to campus culture.

The state grant supporting the #SRUSpeaksUp campaign was inspired by the national "It's On Us" campaign that SRU also participated in with programs beginning in 2015 and by producing a promotion video that can be viewed by clicking here.