SRU students reminded of their power as voters 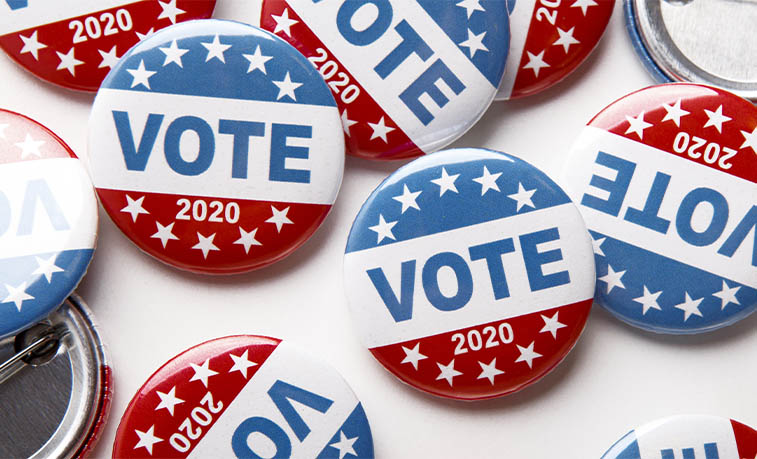 Slippery Rock University students are being encouraged to take more active roles in local, state and national elections, including the 2020 presidential election. The deadline to register or change an address is Oct. 19 before voting on Election Day, Nov. 3.

SLIPPERY ROCK, Pa. — While "Who Will Lead Us?" is a question Americans will answer on Election Day, Nov. 3, it also happens to be the name of a University seminar course offered to freshmen this semester at Slippery Rock University. The course analyzes the U.S. presidential election. And whether SRU students are learning about the election process in a formal class or just following the news, all students are encouraged to become more political enlightened and register to vote by the Oct. 19 deadline.

"Some people don't realize how much of an effect elections have on their lives," said Heather Frederick, associate professor of political science, who is teaching two sections of Who Will Lead Us?, consisting of 49 students. "In some ways it's understandable because if you're living paycheck-to-paycheck and struggling to get by, paying attention to politics is a luxury that a lot of people don't have time for. Also, people might think that it doesn't matter who they vote for and that politicians don't care about them. But it's absolutely important to vote."

Among eligible voters, 61% of Americans voted in the 2016 presidential election, while only 43% of people ages 18-29 voted, according to U.S. Census data. These numbers were relatively consistent to presidential elections from the last 40 years, as the turnout ranged from 58-67% overall and 39-52% for younger voters. The 1992 election between incumbent George H. W. Bush and then-Arkansas Gov. Bill Clinton being the highest turnout year for each group.

"I hear a lot from my students that politicians don't address the issues that they care about," Frederick said. "But I always tell them that if more younger people voted, politicians would care about the issues that they care about. It's like this vicious cycle. (Younger people) believe they can change the world. They really do. But they don't always see voting and being involved in politics as the way to do that." 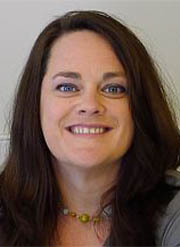 There's hope that more college-age voters will cast a ballot this year. Overall voter turnout in 2018 was 53%, the highest for a midterm election in 40 years. Turnout for voters ages 18-29 was 36%, which was a 79% increase from the previous midterm election in 2014 and the largest jump of any age group.

"There are a lot of issues that are part of the national dialogue right now, but there is still a sense among young voters that they're not really being heard by either (political party)," said Mara Schlosser, a junior political science major from Pittsburgh. "But I don't think younger voter turnout will be suppressed this year compared to most years because there is such a dramatic intersection of political causes happening."

The coronavirus pandemic, racial injustice and natural disasters tied to climate change are all part of the ongoing political discourse surrounding the 2020 presidential campaigns. There are other topics like college affordability, LGBTQ rights and wealth inequality that Schlosser said seem to matter more to younger voters, compared to health care and coronavirus risks that concern older voters.

Schlosser, the vice president of the Young Progressives student organization at SRU, has helped organize voter registration drives on SRU's campus this semester and she has conducted volunteer voter outreach with Swing Left, a national grassroots organization that aims to "flip" political seats from Republican to Democrat by contacting undecided voters in key districts.

The College Republicans student organization at SRU has also mobilized, with members volunteering through the local Republican party office in Slippery Rock to call registered voters throughout western Pennsylvania.

"Our generation is ideologically different than ones that have come before us and there is a lack of urgency when it comes to voting," said Ethan Franetovich, a sophomore secondary education major from Ocean View, Delaware, who is president of the College Republicans. "(For many college students), this is the first time they can truly let their voice be heard and they have an opportunity to change the course of the next four years, and that goes for voting for either (candidate). Our generation is starting to wake up and realize that there are issues in this country that need solved."

Franetovich named the topics of racial justice, abortion, voting rights and freedom of speech as affecting young voters. Although opinions of younger people are not the same in contrast to older generations, especially with exposure to so many different ideas through social media, every voting cycle introduces new perspectives and worldviews.

In the 2018 midterm elections, Generation Z, Generation X and Millennials, people between the ages of 18-53, cast 62.2 million votes, compared with 60.1 million cast by Baby Boomers and older generations. Generation Z voters, who accounted for just 4% of voters in 2016, are expected to rise to 10% this year.

Among the first-time Gen Z voters will be Zachary Coletti, a freshman interdisciplinary programs major from Riverton, New Jersey. Coletti, 18, considers gun control to be a major issue, having grown up in an era and education environment with constant vigilance toward mass school shootings. Coletti considers the act of voting a paramount civic responsibility that he doesn't take lightly.

"I feel like I'm finally an adult," Coletti said. "My parents would talk about politics, but now that I have the option to vote I have as much say as they do and I can be engaged in conversation and have the same powers."

Coletti is a student in Frederick's Who Will Lead Us? class, which, as a liberal studies course, is designed to engage students in critical thinking with varied subjects outside of their majors. He said he has a greater appreciation for the work that goes into a presidential campaign and a better understanding of the process, but he admitted he was frustrated by politics, particularly after watching the first presidential debate that was fraught with interruptions of each other by the candidates and conflicting information.

In Frederick's observation, college students are more engaged with political issues than in the last decade, especially when it comes to issues they care about, such as climate change, legalization of marijuana and college affordability, but for the most part they hold moderate views compared to the politicians who represent them. 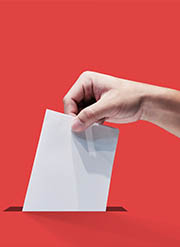 "As divided as our elected officials have become, most people are still moderate," Frederick said. "I always assign students in my American Government class to take a political ideology quiz to find out if they're liberal or conservative, and most of them are shocked to find that they're in the middle. Most Americans are moderates (...) but our politicians don't reflect that: they're either very conservative or very liberal."

The reason, according to Frederick, is politicians feel pressured to work only with their own party or else risk getting voted out of office in primary elections.

In addition to who to vote for, another decision college students often have to make is where to vote. SRU students who live on campus have the choice to vote either based on their home address, where they might live only three months out of the year, or in Slippery Rock.

"What you see in your local community will impact how you vote," Franetovich said. "People are becoming drawn to the local elections because they may see the impact much sooner than in a national election."

"It's important for college students to have a voice in local government and affect policies that can be very beneficial for students," Frederick said. "Another thing they should think about is, if they live in a different state, that their vote could mean more if they vote in a swing state like Pennsylvania where the election is up for grabs. Students can have much more of an impact on the election if they're voting in a swing state rather than a solid blue or solid red state."

The deadline to register to vote and change an address is Oct. 19. The deadline to request a ballot by mail is Oct. 27. An application to register to vote in Pennsylvania is available at votespa.com/register. Also, because of the pandemic, college students and younger adults are being sought to volunteer as poll workers because those positions are typically filled by older, retired adults who may be more vulnerable to COVID-19 and reluctant to volunteer this year. Information about becoming a poll worker is available on the Votes PA website.