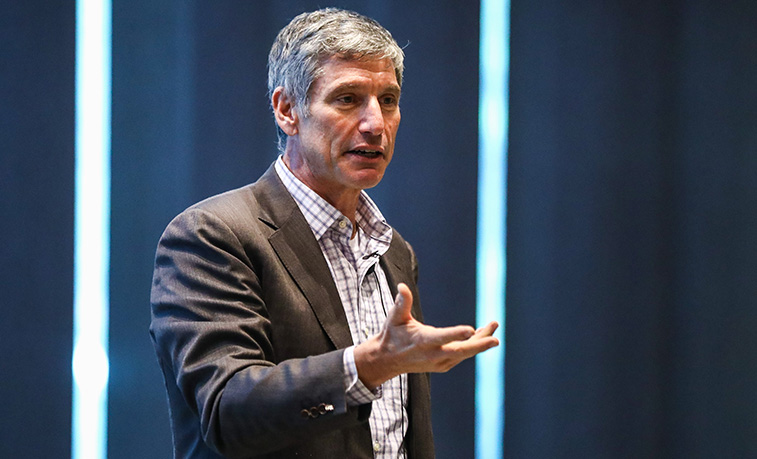 Greenstein will host an open forum from 10:30 a.m. to noon in the Smith Student Center Theatre. All students, staff, faculty and the media are encouraged to attend.

Prior to the open forum, the chancellor will meet with SRU President William Behre, the University's executive leadership team, and an invited group of faculty members. Following the open forum, Greenstein will join Behre, invited legislators and the University's council of trustees for lunch. He'll then observe RockOUT's Acceptance Day event at 12:30 p.m., in The Quad before meeting with various University leaders, including deans, assistant deans, associate vice presidents and directors. He'll end his visit by meeting with a student focus group.

The chancellor is expected to provide an update regarding System Redesign initiatives and actions taken at the Oct. 16-17 board of governors meeting.