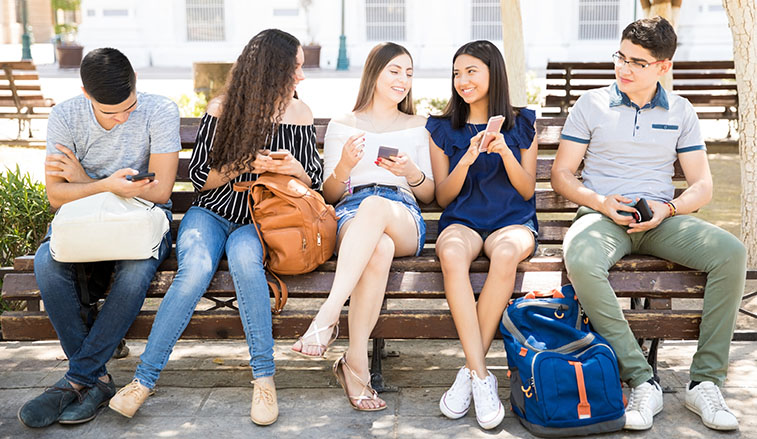 Slippery Rock University hosted a professional development Day recently to help faculty and staff better understand Generation Z, which is quickly becoming the largest and most diverse generation in history.

SLIPPERY ROCK, Pa. — Generation Z is very different from its predecessors in a variety of ways. Participants attending Slippery Rock University's recent professional development day learned this, and it was exemplified by the work of an SRU student who interned last summer for a software company in Pittsburgh.

The workshop, "Engaging and Working with Generation Z," focused on interacting with individuals born between 1995-2010.

Generation Z is quickly becoming the largest and most diverse generation in history. In 2019, they're aged between 3 and 23, making up 32% of the global population.

Multi-generational surveys, like a recent one conducted by the career website Monster, show that 76% of Gen Zers describe themselves as responsible for driving their own career while 74% rank purpose ahead of paycheck as comparted to 70% of millennials, 66% of Gen Xers and 67% of Baby Boomer respondents.

According to Morning Consult, this first digitally native generation has a starkly different media diet. A 49% plurality get their news from social media and a majority are on YouTube daily. 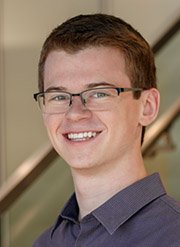 During his summer internship with SAP Ariba, a software company with offices in Pittsburgh, Addison Winterhalter, an SRU senior dual management and marketing major from Venetia, was tasked with converting run-of-the-mill messaging into engaging communications for the company's technical support engineers around the world.

"You don't want clock watchers; you want them to be inspired to do their work," said Winterhalter, who interned at SAP Ariba's Knowledge Center of Excellence.

At the KCE, Winterhalter created humorous internet memes and whimsical graphics that accompanied mundane procedural notices that were sent via email to the TSEs. An example is a series of comic book-style employee profiles that portrayed a TSE as a superhero and described his or her duties and interests.

"The comic book idea was an internal marketing tool to promote the jobs and show success stories of people who started at the bottom and worked their way up to more prominent roles," said Winterhalter, who created approximately 15 such profiles.

The idea for the profiles was conceived by Lindsay Yuska, a knowledge associate consultant at SAP Ariba and a 2018 SRU graduate with a degree in marketing. Yuska supervised Winterhalter and one other intern who executed the idea by taking photos and using two applications to create a visual comic book effect. Their work was viewed by hundreds of TSEs through email and on the company's intranet page.

"(The project) was a huge success; it's was a fun way for our people to be highlighted and show that they are appreciated in their roles," Yuska said. "Addison was super creative and we took advantage of our interns being from Generation Z and having that fresh mind and using the internet and social media (to source ideas).

"We want to show purpose and, especially for those in customer service, it can be easy to feel like you are in a rut, doing the same thing day after day, so it's important to show that every effort that they make really does impact the company. It's also important to keep people's attention. If you send the same email over and over again, people stop reading them. We're making it a little more fun, and that makes people happier at work, improves productivity and fosters a better work culture."

Winterhalter said it's important to reach people in a way that they are used to, and for Generation Z, that's often with content similar to what they see on social media.

"If you're just reading a textbook, page after page, you're not going to retain that," Winterhalter said. "But if it's in a format that you are used to, something that you found entertaining, you are going to relate to that more and it's going to resonate."

Career purpose also matters to Generation Z. SAP Ariba provided its interns with professional development seminars and activities, as well as job shadowing opportunities, so they could see their experience in the broad context of their career and not just task performance.

"I viewed the internship as more of an exploration," Winterhalter said. "This was my first corporate gig and I didn't have a practical experience quite like this. It provided me the experience and the knowledge of what else is out there. I did a lot of independent job shadowing and I tried to reflect on what these jobs entailed. I learned about my interests and that I have a passion for interacting with people."