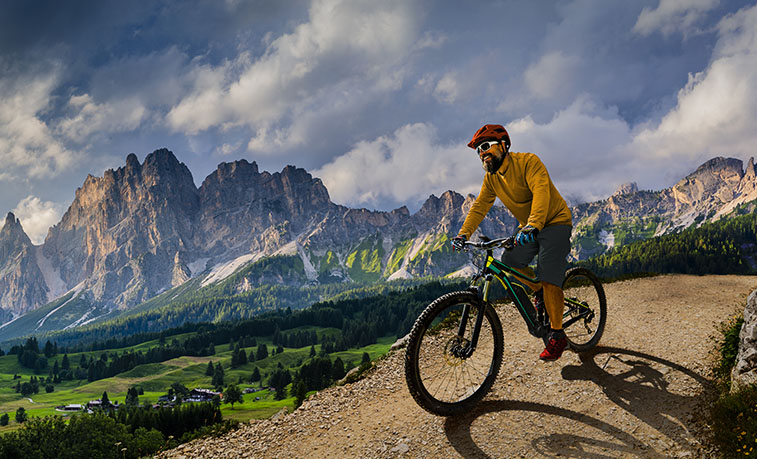 E-bikes have an electric motor to assist cyclists but they are fully operable by pedals and are limited to speeds less than 20 mph.

SLIPPERY ROCK, Pa. — There are many divisive topics that cycle through national debates, especially during the current presidential election season, but there's one that's grinding the gears of outdoor enthusiasts who manage and use public land for recreation. Although it's an exaggeration to consider e-bikes a campaign issue, the general election has created at least some urgency for the use of these motorized, pedal-assisted electronic bicycles on public land. And, according to a recent Slippery Rock University graduate student's research project, e-bikes are not a moderate, bipartisan issue.

"My study shows that most people feel like e-bikes are either only bad or only good," said Jake Baechle, a 2020 SRU graduate with a master's degree in park and resource management.

The parties in this debate are not Democrats and Republicans but rather those who are for the use of e-bikes on trails designated for non-motorized vehicles and those who are against them. E-bikes, which differ from electronic motorcycles because the rider retains the ability to pedal, have become a popular form of transportation, especially in densely populated cities in Europe and Asia where fossil fuel emissions are a concern.

When it comes to recreational use, however, they are only starting to gain traction, especially for user groups with physical limitations who benefit from pedal assistance through an electric motor of not more than 750 watts, the equivalent of 1 horsepower. 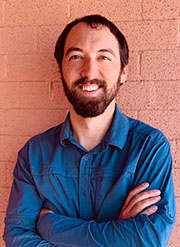 Earlier this summer, Secretary of the Interior David Bernhardt ordered the Department of the Interior to allow e-bikes on all approved bike trails and paths on Bureau of Land Management lands and within national parks. Last week, Bernhardt, who serves as a member of President Donald Trump's cabinet, formalized initial guidance from the e-bike policy, but Baechle believes it will likely become policy regardless of the outcome of next month's presidential election.

"There's a gap in the research about what different user groups think and there are a lot of people across the country deciding how to react to this e-bike order," Baechle said. "After looking into it, we thought we should be sharing with government officials what people think about this."

A native of Aurora, Ohio, Baechle has been living off and on in Tucson, Arizona, since 2016 while conducting contract work with the Arizona Trail Association. The ATA is a nonprofit organization that helps improve and maintain the Arizona National Scenic Trail, an 800-mile trail that traverses the state from north to south.

"(The ATA) knew that e-bikes were becoming a major talking point about the trail," Baechle said. "I thought, 'I don't know anything about e-bikes, so I'm going to take this opportunity in my class to try to learn as much as I can about them.' And (the ATA) offered to provide some of the funding for the research."

The ATA also helped Baechle gain funding from advocacy groups on both sides of the e-bikes debate: Back Country Horsemen of America and People for Bikes. Earlier this month, the ATA released Baechle's study, titled "Perceptions of Conflict Surrounding Future E-Bike Use on the Arizona Trail."

Baechle administered a survey to nearly 3,000 participants, which included more than 2,600 Arizona Trail users, for the purpose of gauging public sentiment about e-bikes.

"We wanted to explore that because we knew that there was going to be at least some opposition, and we wanted to know why people felt that way," Baechle said. "The main concern is that allowing e-bikes will create a slippery slope for the introduction of other groups; that's the big hang up right now."

Twelve percent of survey respondents owned an e-bike and less than half had ever ridden an e-bike. Nearly two-thirds of respondents were against e-bike use on the Arizona Trail and a quarter were in favor of it, leaving fewer than 10% as unsure. Half of the respondents considered policies that support e-bikes use as "extremely unfavorable" but nearly 16% consider them "extremely favorable," and the rest were either neutral or had somewhat favorable/unfavorable opinions.

"This is just people's opinions and it's just one piece of the puzzle," Baechle said. "We want this information to be a resource for land managers and also provide perspective for how people currently feel about e-bikes. That could change over time. I just hope that this research helps to open people's minds to the other side of the argument, because there are many people who are coming into this with really passionate responses."