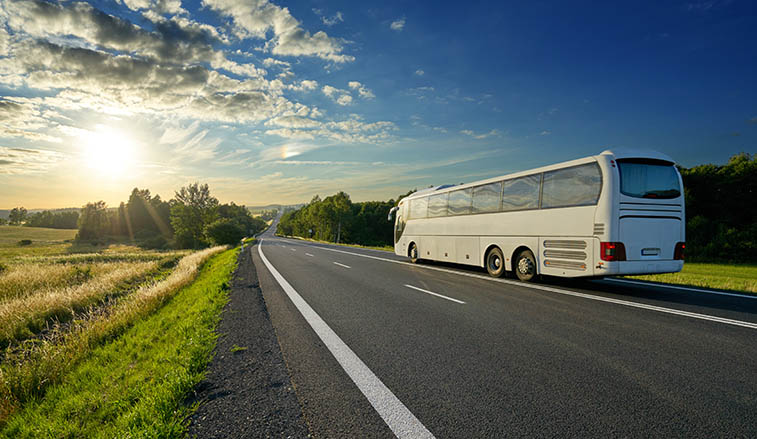 Slippery Rock University is underwriting bus transportation for students living in central and eastern Pennsylvania so they can go home for Thanksgiving break, Nov. 21-25.

SLIPPERY ROCK, Pa. - Everyone wants to get home for the holidays, but if you're a struggling college student, sometimes you just don't have the funds to make the trip or have someone to pick you up in Slippery Rock and bring you back.

Enter Slippery Rock University's Student Success Office. It's taking on a new role as travel agent to help students from central and eastern Pennsylvania get home for Thanksgiving. The office is underwriting a charter bus that will depart campus at 9 a.m., Nov. 21 and return at approximately 5 p.m., Nov. 25. The bus will make four stops between Breezewood and Philadelphia. SRU is funding a portion of the cost, but students interested in taking advantage of the service must purchase a $50 nonrefundable, round-trip ticket through CORE, the University's online platform, by clicking here.

Students can be picked up by family or friends at any of the four stops along the turnpike, saving everyone a round-trip drive to and from Slippery Rock.

"As we think about how our University is attracting students well beyond western Pennsylvania, we have to think about how we can be responsive to the needs of the people who don't live in the surrounding four or five counties," said David Wilmes, associate provost for student success. "I heard from students and parents that folks had trouble getting home (for the holidays). If you think about parents on the eastern part of the state, they're going to have to drive five hours here, pick their student up and then drive five hours back. We thought, 'Is there something we could do to ease that burden?'"

As of this writing, 33 students have purchased tickets, accounting for just more than half the bus's capacity.

"(The locations) seemed to be the most appropriate spots," Wilmes said. "At least for someone who lives in the middle of the state, their ride can meet them in Harrisburg instead of making a three- or four-hour drive to Slippery Rock."

Wilmes said that the University will consider providing a bus in the future based on interest, but winter and spring breaks are more difficult to coordinate because students leave at different times and likely have more belongings to take home for winter break.

"Thanksgiving is a short break, but it's a break when people want to go home and it's nice that the University is able to provide that opportunity for those that want to take advantage of it," Wilmes said.