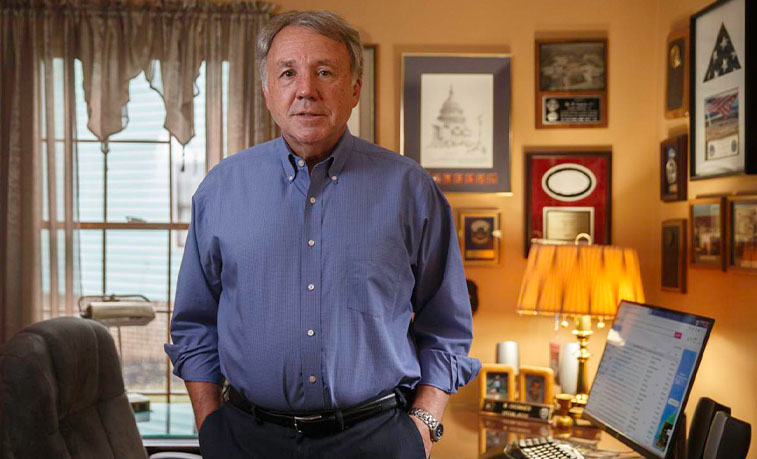 Slippery Rock University graduate Bill Hagmaier, ’69, ‘74M, is portrayed in a new movie, “No Man of God,” about his time as an FBI agent who profiled the notorious serial killer Ted Bundy. (Photo by Mike Morones, The Free Lance Star)

SLIPPERY ROCK, Pa. — The world's most notorious serial killer was incredulous: the FBI sent a Slippery Rock University graduate to profile him.

"You went to Slippery Rock?" Ted Bundy asked the man visiting him in Florida State Prison in the late 1980s. "Why did (the FBI) pick you?"

"You don't know much about Slippery Rock, do you?" Bill Hagmaier responded from across the table.

From left, Hagmaier with Bundy in the
late 1980s.

"It's a great school," said Hagmaier, touting SRU, the school where he earned two degrees, a bachelor's degree in secondary education in 1969 and a master's in counseling services in 1974.

Hagmaier went on to tell Bundy how his family didn't own a car and he had to hitchhike to SRU, then Slippery Rock State College, from his home on the North Side of Pittsburgh. By sharing his own story, Hagmaier got Bundy to open up. Bundy shared details that helped the FBI learn more about preventing and capturing other serial killers by attempting to understand the criminal methods and motives of convicts like him.

Bundy was sentenced to death after killing more than 20 women, ages 12-26 in multiple states, in the mid-1970s. Hagmaier's interviews with Bundy, which spanned more than 200 hours from 1984-89 while Bundy was on death row, are the subject of a movie, "No Man of God." Released in August 2021, the movie stars Elijah Wood, of "Lord of the Rings" fame, playing the role of Hagmaier, and Luke Kirby, portraying Bundy.

The film focuses on Hagmaier's complicated relationship with Bundy, with him having to empathize with such a heinous person just to perform his job. Hagmaier's role became even more precarious later when Bundy was about to offer a confession to extend his stay of execution. He requested to only speak to Hagmaier, whom he referred to as his "best friend." 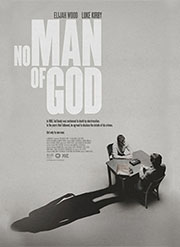 "I knew the hand of the man who called me his best friend also cut the heads off other people's daughters or sisters," Hagmaier said. "It wasn't (uncomfortable) when he said that and it was just the two of us, but when other people heard about this and they'd ask, 'How can you be friends with him?,' well, his opportunity to make friends are pretty slim."

The scene where Bundy questions Hagmaier about SRU didn't make the final edit of the movie, but it's worth answering one of Bundy's other questions: How did Hagmaier, as an SRU graduate, become an FBI agent?

That answer, as well as the background of why Hagmaier waited so long, despite many lucrative movie and book offers to share his experiences with Ted Bundy, will be shared in the next issue of The Rock magazine, which will be published in February 2022.

"No Man of God" is in theaters now and is also available on Amazon Prime Video.