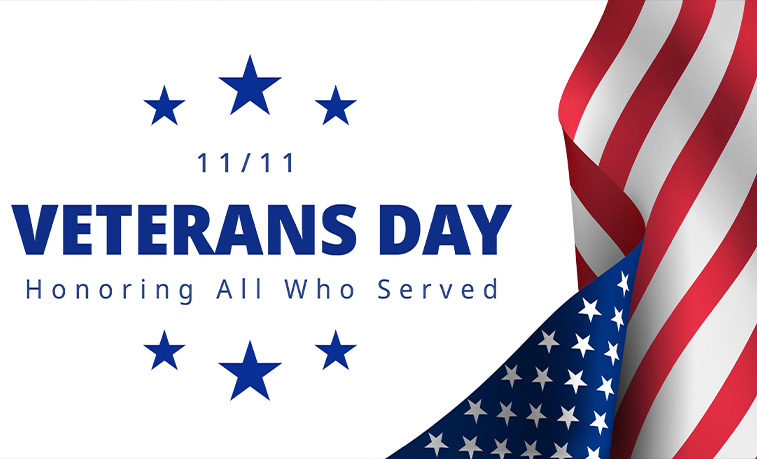 Slippery Rock University will host its annual Veterans Day Ceremony, 11 a.m., Nov. 11, via Zoom as Steven Pancoast will recite the poem “My Name is Old Glory.”

SLIPPERY ROCK, Pa. — Because of pandemic mitigation efforts, only a few people will be attending this year's Veterans Day Ceremony at Slippery Rock University in person. And while most attendees will witness the event virtually via a video stream on SRU's Facebook page, 11 a.m., Nov. 11, one of those who will have boots on the ground will be an SRU student veteran who will speak on behalf of his fellow veterans, military-affiliated students and Old Glory.

Also known as the American flag, Old Glory itself will also be present at the Russell Wright Alumni House as Steven Pancoast will bring voice to the flag by reciting a heartfelt poem "My Name is Old Glory."

"It's a powerful message because the poem is written from the perspective of the American flag," said Pancoast, a senior exercise science major from Saint Marys, Georgia. "At every important point of our country's history, the flag was there witnessing it, from the birth of our nation to all the triumphs and losses that we've had in war. It's even on the moon."

Pancoast, who is president of the Student Veterans of America at SRU, will offer remarks at the ceremony and read the poem, written by Howard Schnauber, which is often read during retirement ceremonies in the U.S. Navy. Pancoast, a former Petty Officer 1st Class, is familiar with the poem having served 10 years in the Navy before enrolling at SRU.

"It means a lot to speak on behalf of veterans because we're such a small portion of the population at the University," Pancoast said. "The University does a really job to support veterans and it really cares about us."

There are more than 100 students at SRU who identify as veterans and an additional 300-350 military-affiliated students who are either reservists, activity duty military, contracted ROTC cadets or dependents in military families. SRU's support for veterans and military members is well-documented, including recognition as a Military Friendly School and as the recipient of the Secretary of Defense Employer Support Freedom Award, which is the highest U.S. government honor to employers for support of National Guard and Reserve employees.

The Veterans Day Ceremony, organized by the Office of Alumni Engagement, will also include members of the SRU Army ROTC raising the colors, laying a wreath, firing a 21-gun salute and playing taps. There will also be a musical performance of the national anthem, Alma Mater and "God Bless America."

In addition to the Veterans Day Ceremony, SRU's Office of Inclusive Excellence, which houses the Veterans Center, will share a military appreciation video, with messages of support from various members of the SRU community, on its Instagram page. The OIE is also encouraging the campus community to wear red clothing Nov. 13 for SRU Wears R.E.D., "Remember Everyone Deployed."

One other virtual event to recognize Veterans Day and Military Appreciation Week, Nov. 9-13, is a Rock Talk, subtitled "What is military life for women in modern America?," hosted by the Veterans Center and the Women's Center. This panel discussion via Zoom, 6 p.m., Nov. 10, will address what life is like for women in the military or growing up with family in the military.

For more information about the Veterans Day Ceremony, contact SRU's Office of Alumni Engagement at 724.738.2018 or alumni@sru.edu.