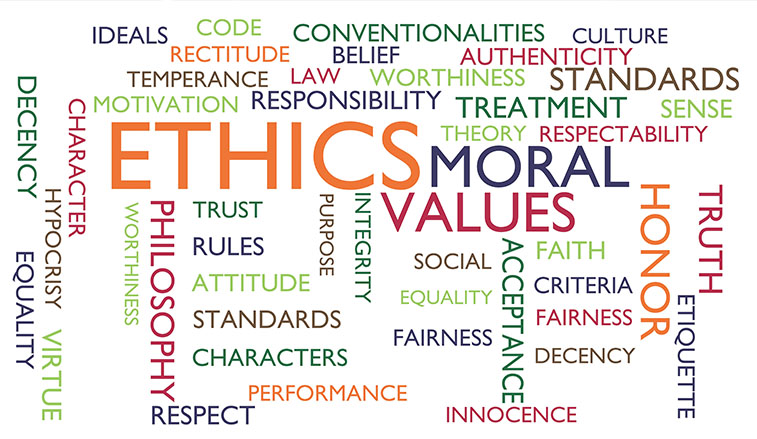 The campaign, which challenges the SRU community to "realIZE the importance of diversity in our lives; empathIZE with those who are marginalized; and mobilIZE to practice decency," is about fostering respect, inclusion and decency in a diverse world, according to organizers.

"The normalizing of violent attacks on persons because of race, ethnicity, gender, religion, sexual orientation, age and social class and blatant disregard for human life is alarming," said Alice Del Vecchio, assistant professor for interdisciplinary programs. "In a world with so much division and disregard for humanity, the need for a culture of decency is greater now than ever."

"13th" is a 2016 American documentary that explores the "intersection of race, justice and mass incarceration in the United States." It is titled after the 13th Amendment of the U.S. Constitution, which freed slaves and prohibited slavery with the exception of slavery as punishment for a crime.

The film contends that slavery has been perpetuated in practices since the end of the American Civil War through such actions as criminalizing behavior and enabling police to arrest poor, freed men and force them to work for the state under convict leasing; suppression of African Americans by disenfranchisement, lynching and Jim Crow; politicians declaring a war on drugs that weighs more heavily on minority communities and, by the late 20th century, mass incarceration of people of color in the United States.

The film was nominated for an Academy Award and won a Primetime Emmy Award for Outstanding Documentary or Nonfiction Special.

Students will have the opportunity to make a commitment to practice and promote decency during Common Hour, Nov. 13 at the #justbedecent craft hour in the lounge outside The Suite in the SSC. Participants can make a craft, sign a commitment banner and share their voices with other SRU students.

A student and faculty-led conversation about inclusion, titled "Beyond the First View," happens 6:30-8 p.m., Nov. 13 in the SSC Ballroom. Attendees will learn how to get beyond first judgments about others, keep an open mind and create a culture where all people are valued. Participants will be encouraged to consider strategies that will enhance respect and decency across campus.

A poverty simulation for understanding economic diversity happens 7 p.m., Nov. 14 in the SSC Ballroom. During an hour-long simulation, attendees will "experience the reality of living in poverty." The event will include a talk-back about poverty and decency in Butler County following the simulation, which was developed by the Missouri Communication Action Program and is facilitated by the Alliance for Nonprofit Resources.

Justin Brown, a 2011 Slippery Rock University graduate with a bachelor's degree in communication: public relations, will host a diversity awareness program during Common Hour, Nov. 15 in the SSC Theater. The purpose of the program is to encourage diversity and cultural unity in all areas of life among students, faculty and staff on university campuses.

Brown, residence life director at West Chester University and chief executive officer and president of the Diversity Awareness Program, engages students through role-playing exercises and team building to teach lessons about diversity awareness so that students can apply leadership concepts at school, work and home.

Brown created DAP in 2007 while an undergraduate student at SRU. Since then he's grown the company and been invited to present programs at more than 100 colleges and universities from Delaware to California.

He will then host a discussion with students, faculty and staff at 4 p.m., Nov. 15 in the SSC Theater about diversity, respect and inclusion that results in a plan for promoting a culture of decency that can be implemented at SRU or anywhere.

"The ultimate goal (of the week's activities) is to have students, faculty, staff and guests feel the difference when they step on our campus because SRU is consciously practicing decency," said Del Vecchio.