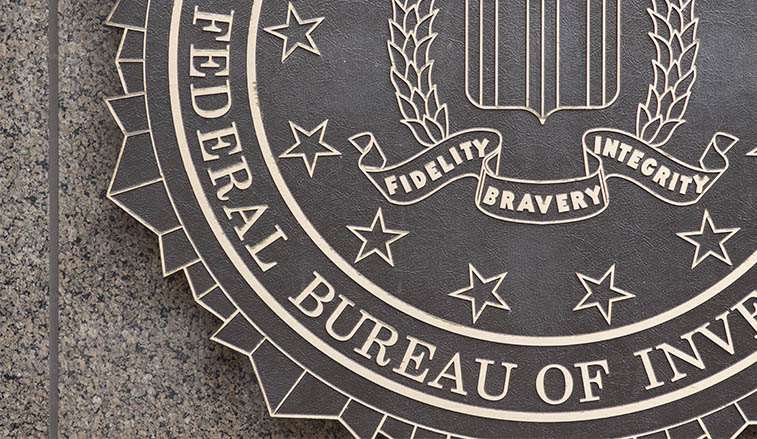 Eight students from Slippery Rock University were selected by faculty in the Homeland/Corporate Security Studies Department to potentially work with the FBI field office in Pittsburgh to conduct research to help identify and prevent extremism.

SLIPPERY ROCK, Pa. - Domestic terrorism, hate crimes and homegrown violent extremism are becoming more prevalent in America. A group of students in Slippery Rock University's Homeland/Corporate Security Studies Department is partnering with the FBI field office in Pittsburgh to enhance community awareness of potential behavioral indicators exhibited by violent extremists. They’ll also look at some basic prevention and intervention strategies which family members, co-workers, peers and others can employ in an effort to prevent radical behavior before it occurs.

Eight SRU students selected by homeland/corporate security studies faculty will potentially work with FBI analysts to better understand some of the behaviors exhibited by many active shooters and extremist threat actors. Referred to as "Project Obsidian," named for a sharp, volcanic rock that is used for eye-surgery scalpels, the project's goal is to develop marketing materials, such as bulletins or posters designed to encourage parents, teachers, school administrators and community members to engage in dialogue and other basic prevention strategies with individuals who appear to be exhibiting mobilization indicators. 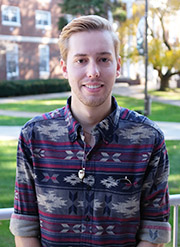 Jonathan Henry, assistant professor of homeland and corporate security studies, is coordinating the project. Henry is a former emergency management specialist/planner for the City of Pittsburgh who worked with the FBI in his previous role. According to Henry, the FBI has collaborated with colleges and universities before, including outreach with the University of Pittsburgh's Graduate School of Public and International Affairs, but this new opportunity with SRU is rare.

"The FBI wants a long-term relationship and we do as well, so this is great opportunity," said Henry, who plans to run Project Obsidian over multiple semesters with students entering and leaving the project. "We can take a step back and look at the bigger picture to do research and evaluate models of radicalization."

Henry said students will use public records and other open-source material to analyze cases and look for types of iconography, websites and computer apps being used as well as other behaviors exhibited by extremists to assist them in their research. Although an ongoing project, Project Obsidian will have several benchmarks in the coming months and a final product for the 2018-19 academic year will be presented to the FBI Pittsburgh's Special Agent in Charge, who will make recommendations.

"This project gives students an in-road to the FBI and other federal agencies to explore these tracks," Henry said. "It gives them one of those bullet points on a resume that will make them standout to future employers. The FBI (benefits by having) SRU students advocating in the community to help the public identify extremist activity and better understand the atmosphere."

Preventing extremism and school violence hits home for one of the students involved with Project Obsidian. Caleb Woyt, a senior dual major in homeland security and corporate security from Delmont, was a junior at Franklin Regional High School in 2014 when a 16-year-old student at the school used a pair of eight-inch kitchen knives to stab 20 students and a security guard.

"That's the type of thing we're working on to find out what causes or triggers these attacks, what causes these people to carry out such attacks and then how to stop it," Woyt said. "It's very important because in-school violence is on the rise. It's going to be impossible to stop everybody, but finding out what we can do to stop even one event is important."

Woyt aspires to work in field of homeland security or possibly with the FBI solving crimes. He considers it a privilege to work on Project Obsidian.

"It's really exciting to be part of something new," Woyt said. "It's awesome to make connections with the FBI, which can help me later in life, and I hope to learn how the FBI works and be able to use my skills in the field to conduct more research."