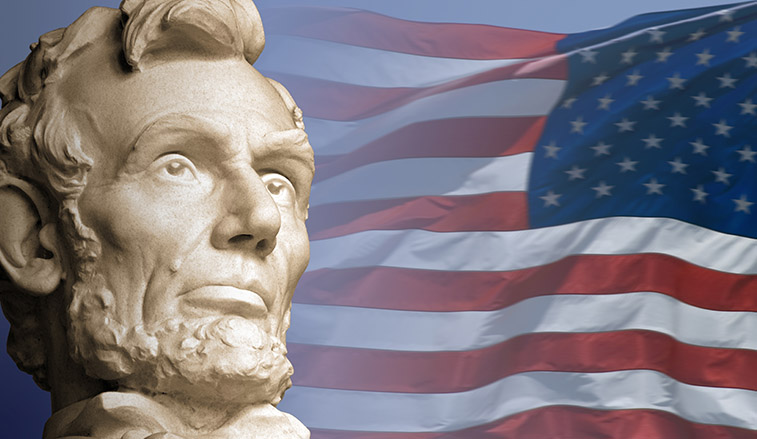 Abraham Lincoln delivered his famous Gettysburg Address 155 years ago. Today, students, like those in Slippery Rock University’s U.S. History 1815-1920 course, are challenged to think about the implications of the address.

SLIPPERY ROCK, Pa. - Seven score and 15 years ago, Abraham Lincoln delivered his famous Gettysburg Address at a dedication of a military cemetery in Gettysburg, Pennsylvania, where four months earlier the decisive battle of the American Civil War was fought. Slippery Rock University students, like students across the country from elementary school to college, have been asked somewhere along their educational path to read what is considered one of the most famous speeches in American history.

Although Lincoln delivered the address 155 years ago on this date, Nov. 19, in 1863, the former U.S. president's poetic opening phrase, "Four score and seven years ago," at the time harkened back to the founding of the United States in 1776.

"Lincoln is telling the nation to look back to their roots and look back to the founding principles and those ideas that made the United States such a unique country," said Melissa Ford, SRU assistant professor of history, noting the speech wasn't about the Union's victory in the Battle of Gettysburg and Lincoln didn't mention the words "Gettysburg," "slavery," "Confederate" or "Union." "He takes what could've been a very partisan moment and makes it a very American moment. He transcends the politics of the time and says, 'Let's look at these fundamental things about American democracy.'"

SRU students in Ford's 200-level, U.S. History 1815-1920 course, recently completed the Civil War unit for which Ford had 10 students read aloud a sentence from the Gettysburg Address. Lincoln's concise, 272-word speech immediately followed a two-hour monologue by Edward Everett, a former U.S. senator and secretary of state who was considered one of the most famous orators of the day. 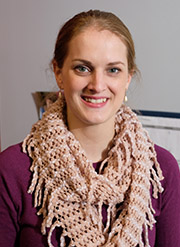 "People didn't even know Lincoln was done when he finished; they were like 'Oh, was that it?,' and there was only a smattering of applause because people were waiting for this huge speech," Ford said. "The surprising shortness of it was part of its fame because newspapers could publish it and people could remember it."

Aside from wondering why Lincoln didn't begin the address with "87 years ago," Ford said the most common reaction from students is that they are surprised by the ending, "... that government of the people, by the people, for the people, shall not perish from the earth," was first spoke by Lincoln and did not come from the Declaration of Independence or the U.S. Constitution.

"That was the first time someone had iterated (a phrase about U.S. government) that way," Ford said. "At the time, that was a relatively new idea that this was our government and that we make it what we want and we have that kind of power. The Gettysburg Address is so important because it's essentially the Declaration of Independence shortened."

Long before televised interview sound bites or 280-character tweets could make a president's remarks so indelible, portable and abundant, the succinctness of the Gettysburg Address was not only easier for newspapers to publish but it eventually became required memorization for many school children.

Anecdotally, however, Ford said that few of her students had previously memorized the Gettysburg Address in grade school.

According to Mark Hogue, SRU assistant professor of secondary education and foundations of education, the Gettysburg Address is typically covered in grades 5-8 and, while state standards provide schools with curriculum guidelines, rote memorization of the speech varies from school to school, especially among regions.

Ford, who was raised in Missouri, did not have to memorize the Gettysburg Address as a grade-schooler, but Hogue did as a Pennsylvania native.

"The Civil War was won right here in Pennsylvania, so it's no surprise that schools build that into the curriculum and celebrate the fact that such important events like the Battle of Gettysburg and the Gettysburg Address took place in our backyard," said Hogue, who was the principal and director of secondary curriculum and instruction for the Greenville Area School District for five years before joining SRU. "Many schools take field trips to Gettysburg and people grew up having to memorize the Gettysburg Address."

Regardless of who memorized the address, the Gettysburg Address remains memorable, even 155 years later.

"Lincoln knew the gravity of the situation and he intentionally crafted something that could transcend time," Ford said.