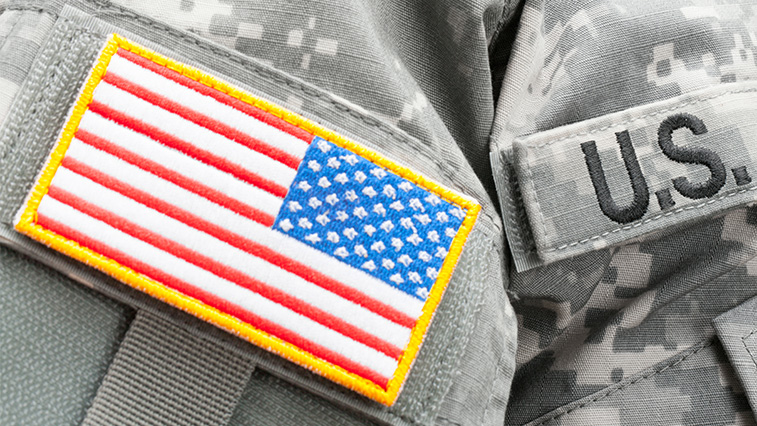 Slippery Rock University received a $272,000 grant from the Pennsylvania Department of Education to establish a Troops to Teachers program that will help 25-50 military veterans get their teaching certification within one year.

SLIPPERY ROCK, Pa. - Slippery Rock University has received a grant from the Pennsylvania Department of Education to prepare military veterans for teaching jobs in school districts and subjects that are in need of certified teachers.

The state approved SRU's proposal to establish the Troops to Teachers program and awarded a competitive grant of more than $272,000 that SRU and West Chester University will use to provide accelerated training toward teaching certification for veterans with bachelor's degrees.

"This is right in our wheelhouse in terms of our strengths," said Keith Dils, dean of SRU's College of Education. "We've had veterans come through our program before, but this would be tailoring the program for them via a yearlong residency and collaborating with another university using online courses."

"Everyone is going to benefit from this program," said Monique Alexander, SRU assistant professor of elementary education and early childhood, who is serving as the grant director. "The universities and the veterans (benefit), but also the schools are going to be able to fill a need that they are really struggling with right now."

As part of the statewide initiative, SRU will place veteran student teachers in one-year residencies in Pittsburgh Public Schools and West Chester will facilitate residencies in the Chester Upland School District. According to the PDE, the number of instructional teacher certificates issued by the state has dropped from 16,614 in 2012 to 1,715 this year.

"There is a serious teacher shortage nationwide, in Pennsylvania and in Pittsburgh," Dils said. "We lose a lot of teachers, people retire or move on, but you need a pipeline of qualified individuals coming in and this program can help with that shortage."

In anticipation of the program's June launch, SRU and West Chester will recruit a combined 25-50 veterans who will first take summer online courses taught by faculty at both institutions. Then, the veterans will be matched with a cooperating teacher to get classroom training. The grant is also designed to fill jobs in subject areas with the greatest needs, such as math, science and foreign languages.

"We're expecting someone to come in with a lot of leadership skills, the ability to solve problems and work within a group like you would expect from most military veterans," said Jim Preston, SRU assistant professor of elementary education and early childhood, who is the grant's placement coordinator. "Through a coaching model, we're going to teach them how to work with adolescents, rather than their fellow military."

The veteran student-teachers will receive coaching from their cooperating teacher as well as 15 onsite visits from a regional coordinator, which will be Mike Vetere, a retired Edinboro University faculty member, as well as additional coaching from SRU faculty, some of which are military veterans. Typical student teachers receive about six observations from their university.

"This program provides for a really tight connection between a university and the partnering school district," said Alexander. "This is above and beyond what we would do with our traditional student-teachers."

In addition to coaching and online classes, the grant will fund further assistance with the certification process and access to technology, such as Visible Classroom, a tool that captures audio of the student teachers' classroom delivery and allows the coaches to provide instructional feedback. Veterans' tuition will be covered based on their eligibility for the GI Bill.

"We're trying to immerse them in that supportive environment but also challenge them," Dils said. "This program is a spin on what we do, but we're not trying to throw the kitchen sink at them on how to become a great teacher. Teachers are making 100 decisions every period and they're responding to things they never could've predicted."

Edwin Christmann, SRU professor and department chair of secondary education and foundations of education, will screen program applicants and help them schedule classes to prepare them for their residency placement.

The ultimate goal of Troops to Teachers is to get veterans their post baccalaureate teaching certification in one year. While full-time job placement is not guaranteed, school districts often give hiring preference to those who completed residencies at their schools.

"These veterans will already have a bachelor's degree, so we would be polishing their content knowledge," Dils added. "We want to recruit the best and brightest who want to give back and take all that expertise, all that hard-earned, hard-won knowledge and leadership ability and have them become the next great generation of teachers."