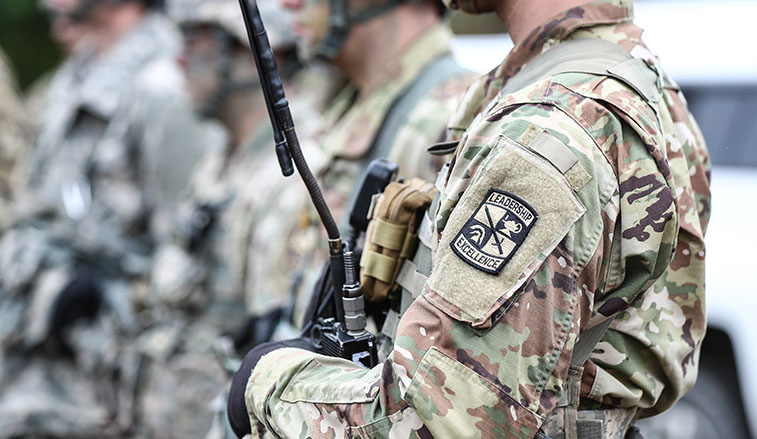 Eighteen cadets from Slippery Rock University’s Army ROTC program were selected for the Cultural Understanding and Language Proficiency program. Program participants will travel overseas next summer with other cadets from across the country to countries including Peru, Lithuania and Argentina.

SLIPPERY ROCK, Pa. - When cadets in Slippery Rock University's Army ROTC program received an email from their cadre, Pauline Matthew waited anxiously to open hers. The email revealed the names of cadets selected for the U.S. Army Cultural Understanding and Language Proficiency program, a highly sought-after assignment where cadets spend a month during summer studying abroad and learning from foreign military units.

"I waited to call my parents so we could all find out together," said Matthew, a junior criminology and criminal justice major from New Cumberland. "That was so nerve-racking because they couldn't talk to me until later in the night."

Matthew knew she had a high enough grade-point average, physical fitness score and other selection criteria determined by her rank on the Army's Order of Merit List. She also submitted her preference as Europe, but she didn't know where she would be placed. 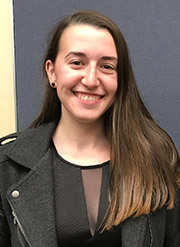 When the email was finally opened, she captured the moment - and the ensuing excitement of her and her parents - via a Snapchat video, as if she were winning a vacation as a contestant on a TV game show.

"I opened the email and said, 'and I'm going to ... Romania!'" Matthew said. "I was so excited because I really wanted to go to Europe. I would've been happy going anywhere because I've never been out of the country before, but I was super stoked to be going to Europe and seeing what the culture is like there."

Eighteen cadets from SRU were selected for CULP by the Army's Cadet Command, which selects more than 900 cadets for the program from ROTC battalions at more than 1,100 colleges and universities across the country. The 18 cadets are the most ever selected in one year from SRU and seven more than were selected in 2017.

One of the reasons SRU cadets are competitive in the CULP program is their language skills, specifically Arabic, which is a sought-after language skill for military personnel. Nearly all SRU cadets take Arabic, taught by Salwa Vandegrift, instructor of modern languages and culture.

Cadets will report to Fort Knox, Kentucky, for processing before traveling in groups of about 11 cadets with senior cadre from other ROTC units, in conjunction with a civilian agency or non-governmental agency to countries including Lithuania, Madagascar, Morocco, Vietnam, Peru, Honduras and Poland. According to Barrow, they will experience up to three different venues during the 30-day internship, including humanitarian service, military-to-military exchange and education surrounding the social, cultural and historical aspects of the country.

"Immersion into foreign cultures exposes cadets to the realities that other countries have vastly different lifestyles, economic standing and world perspective," Barrow said.

Matthew will report to Fort Knox in late May where she will learn more details about her month in Romania but is already excited about her journey based on stories from previous SRU cadet CULP trips.

"We'll learn about the language but also how we can build relationships with these other countries and understand their cultures and their military," said Matthew, who has a black belt in American karate and is particularly fascinated with how other countries' incorporate close-quarter combat, like Krav Maga, into their self-defense training. "We'll be working out with (military units in Romania) and learn how they work and vice versa."

"The camps took a tremendous toll on me and my emotions and it was very hard to see some of the exhibits," Shakespeare said. "However, they showed me how things can go from one extreme to another very fast. (I also) learned that being an officer is more than just being a leader and a mentor, (it means) having a good moral compass (because) officers can command subordinates to do horrible acts under a command."

Many of the cadets still keep in touch with soldiers they meet in the CULP programs, exchanging advice and keepsakes like uniform patches.

"We were able to sit down with (the Polish) officers and talk for hours about their roles and the culture in their armies," Shakespeare said. "I learned many new things that I will take into account when I become an officer next year. A lot of these stories and helpful tips will allow me to do right with my future platoon (...) and help me be more of a well-rounded officer."

Matthew will likely have a similar experience as Shakespeare, but she won't be able to reflect on the CULP program long before her next challenge. Shortly after returning from Romania, Matthew will spend 41 days at Fort Knox for Advanced Camp, where she and other cadets entering their senior year will be evaluated and prepared as future officers leading squads and platoons. Matthew desires to serve on active duty after graduating from SRU in spring 2020, and her experience in Romania will improve her OML ranking, which determines the order of preference for branch assignments, like field artillery, infantry or military police.

"(CULP) will put me higher on the list to get the opportunities that I want and show that I'm willing to push myself and go beyond just the ROTC classes and Advanced Camp," Matthew said. "But I'm just excited to put myself out there and learn, rather than staying home and watching Netflix all summer."

The following cadets from SRU's ROTC program have been selected for the CULP: