SLIPPERY ROCK, Pa. — William J. Behre, who was appointed as the 17th president of Slippery Rock University in 2018, has announced his retirement, effective June 30, 2023.

Behre made the announcement today after formally notifying SRU's council of trustees and Daniel Greenstein, chancellor of Pennsylvania's State System of Higher Education, of his intentions last week.

For Behre, the duration of his tenure will mark five years at SRU, a position that the New York native calls his "proudest professional accomplishment."

"It has truly been an honor to serve as the president of this institution," said Behre. "From the moment my wife, Leah, and I stepped on campus, the community greeted us warmly and welcomed us in as one of their own. That feeling of family and belonging is something we will carry with us well beyond our days at The Rock."

Behre, who took office July 1, 2018, laid out a clear agenda for SRU during his inauguration ceremony at Morrow Field House, Nov. 9 of that year. Those areas of focus included the following goals:

"Addressing those issues was an ambitious agenda, but one which I believed we could make much progress with," Behre said. "Indeed, we've made remarkable headway in some areas, including adding resources to financial aid and other student services."

Yet three semesters into that work, the world was dramatically upended by the onset of the COVID-19 pandemic. Accordingly, Behre shifted SRU's focus to navigating an unprecedented time that quickly overshadowed what would have been SRU's normal agenda.

That shift included moving all in-person classes to remote instruction during an extended spring break period, March 8-29, 2020, as SRU's Center for Teaching and Learning provided faculty with support for instructional design, educational technology and professional development for teaching strategies prior to students return March 30.

While most of the 8,800-plus SRU students had computer and internet access at home, some did not. It was at that time that Behre implemented an initiative leading up to the University's changeover to online exclusive classes called "Connectivity." Through the initiative, SRU loaned upwards of 30 laptop computers to students while nearly a dozen more received technical and financial assistance with their internet connectivity.

"The pandemic has been the greatest single disruption to higher education, and life in general, in my lifetime," said Behre. "I imagine that the Great Depression or World War II would be the closest relatively recent comparators to the level of disruption that we experienced. And, just as our campus community came together during those crises, we came together during this one. Our faculty and staff worked to make sure that our students got what they needed to advance their education, albeit in a manner that we never anticipated."

Additionally, Behre spearheaded the University's community involvement at the onset of the pandemic.

Among those efforts were the donation and distribution of personal protective equipment, that were to be used in SRU laboratories, simulations and classroom instruction, to local first responders who were on the front lines of the crisis. At least three local organizations received supplies from SRU: Allegheny Health Network Grove City Hospital, Butler Health System's Butler Memorial Hospital and the Slippery Rock Volunteer Fire Company and Rescue Team.

"That was a great example of SRU helping to address an important community challenge," said Behre. "We were fortunate to have these supplies and to be able put them to good use by delivering them to local health care providers."

In all, SRU delivered thousands of items, including surgical masks, eye shields, sterile gloves, gowns, and respirators to local organizations that were in desperate need of supplies. Similarly, SRU's community came together to support each other and serve its students.

"I remain humbled by the way our community rallied to sustain itself during the darkest days of fear and loss," said Behre. "I am particularly proud that we were able to avoid mass layoffs by nimbly redesigning jobs in order to sustain our students. What we did was important and necessary. Certainly, the pandemic was not what any of us had planned for, but as the saying goes, sometimes you must play the cards that you have been dealt.

"In retrospect, I believe that we, as a community, played our hand just about as well as anyone could have. I can't thank everyone enough for contributing to our success during this troubling period.

"Now though, it is time for us to begin planning for a post-pandemic SRU and to refocus in earnest on the priorities that will sustain and propel our University to fulfill its true potential. This is challenging work and we must prepare to effectively hand off the mantle to the next president. One of the reasons I have announced my decision to retire so far in advance is to allow Chancellor Greenstein and SRU's council of trustees to work together to select a new president and to plan a smooth transition well ahead of my final day in office."

"Slippery Rock University has benefited from the leadership of Dr. Behre over the last several years," said Matthew Lautman, chair of SRU's council of trustees. "He humbly came to SRU and acknowledged all our successes and was then methodical in evaluating all aspects of the University, and only after understanding this institution, did he go to work to make it better. I would also note that, between the changes to the State System over the last several years, and the effect on higher education from the pandemic, it was to our advantage that Dr. Behre was our leader. He was that steady hand on the wheel and, in my opinion, SRU will undoubtedly be in a better place when Dr. Behre leaves us next summer than when he arrived here several years ago."

And as the University enters a transitionary period, Behre has set three goals that will dominate his administration's work during the next 16 months, including:

"We will put an emphasis on developing a strategic plan that is built around a shared vision," said Behre. "Given the uncertainty of the higher education landscape, that plan must look different than a typical plan, even one from just five years ago. While it must clearly articulate our values, it must also be flexible enough to account for multiple contextual scenarios.

"Continuing to focus on these three key areas will help us to recapture our pre-pandemic momentum, which will serve the University, and its next president, very well."

Following his retirement, Behre and his wife, Leah Ingram, will move to Kennebunk, Maine.

The search process for SRU's 18th president will begin in the coming weeks. 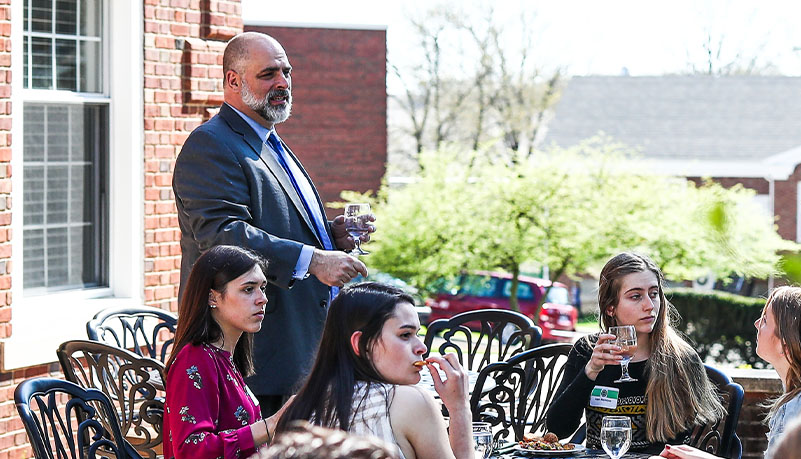 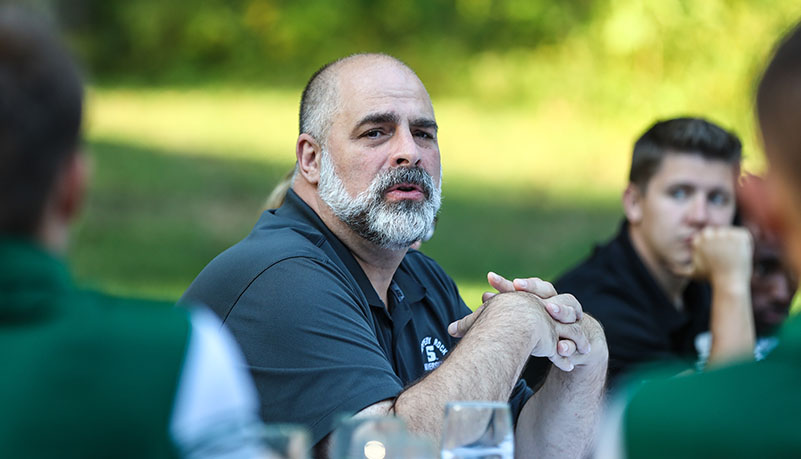 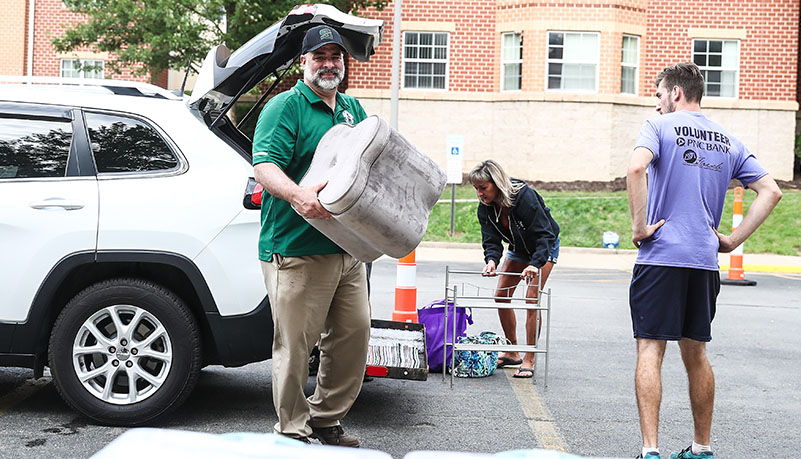 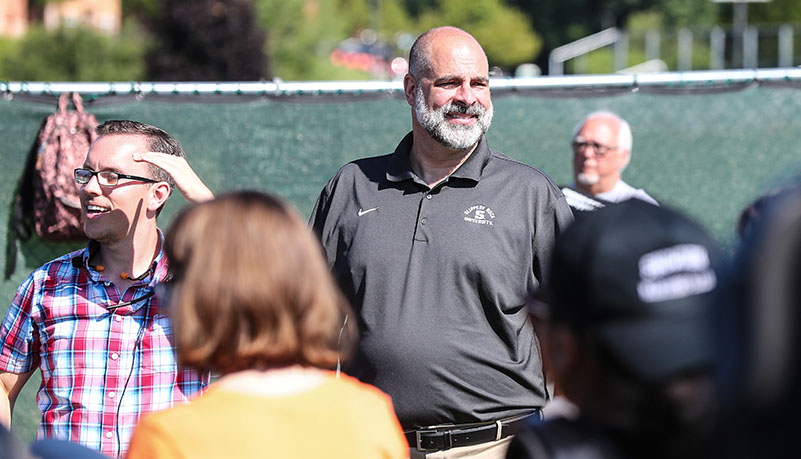 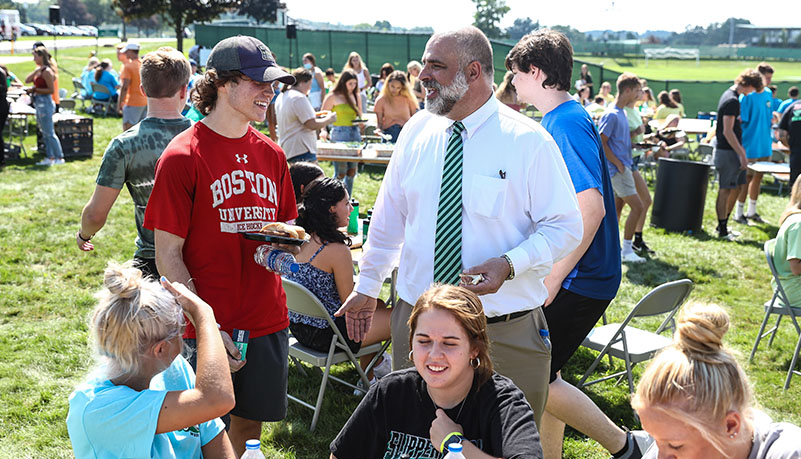 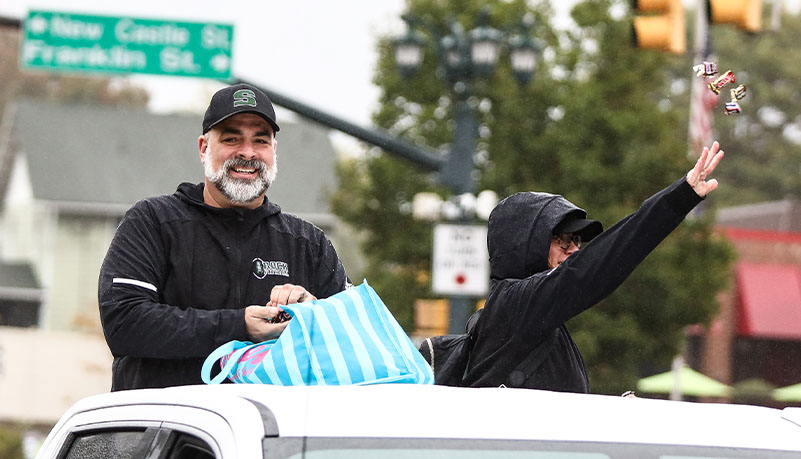 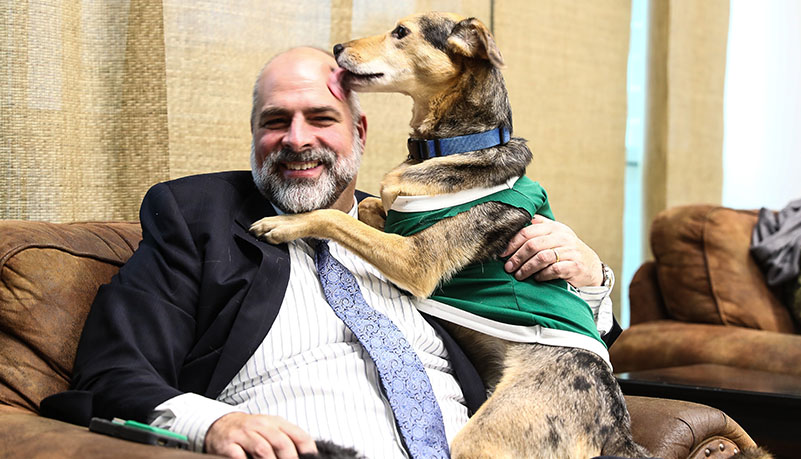 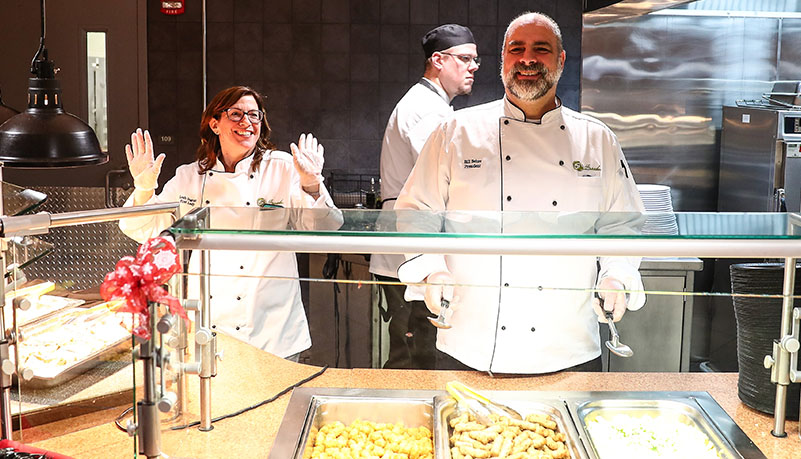 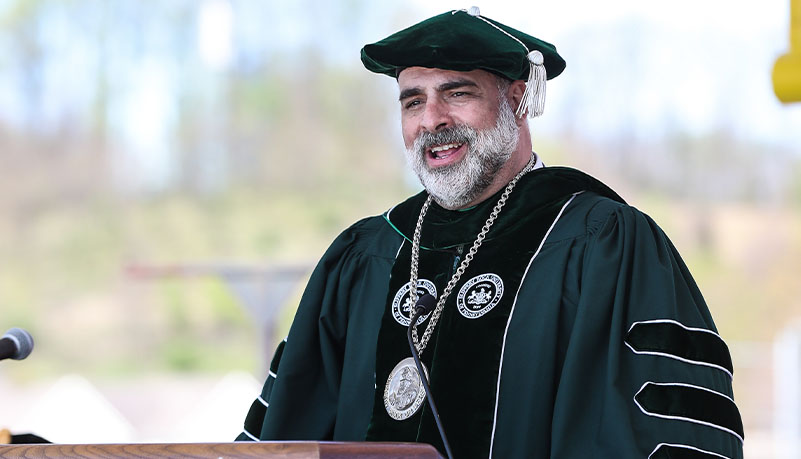 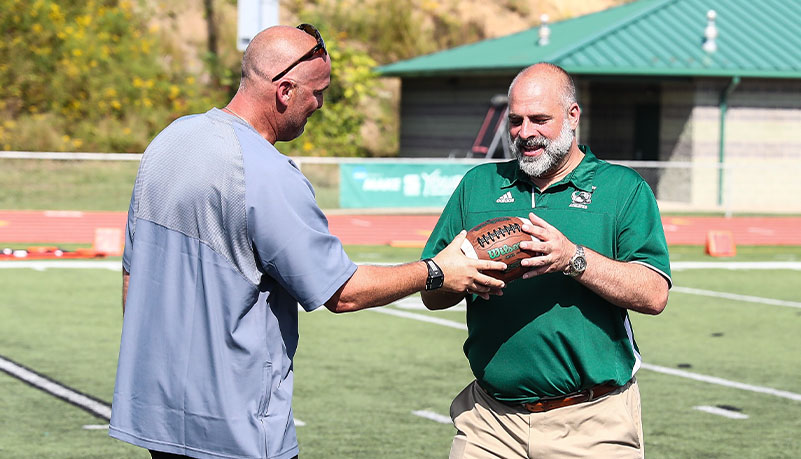