Behre, the former provost at Georgian Court University, has nearly 25 years' experience in higher education as an educator, researcher, faculty leader and administrator. He had served as GCU's chief academic officer for the past four years. 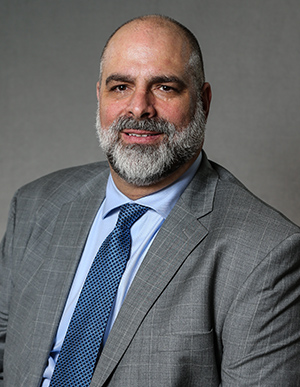 Under his guidance, GCU increased its student retention rates each of the last three years, expanded the number of articulation agreements with community colleges and high schools, rewrote its general education curriculum and developed its first doctoral program, among other accomplishments.

Behre's March 14 hiring by Pennsylvania's State System of Higher Education board of governor's concluded a national search for a successor to Cheryl Norton, who retired in July 2017 after serving as SRU's president for five years. Philip Way, the University's provost and vice president for academic and student affairs, served as SRU's interim president during the search.

Prior to his GCU stint, Behre had previously spent more than 16 years at The College of New Jersey in Ewing, N.J., one of eight regional senior colleges in the New Jersey state system. While there, he held various positions, including vice provost; assistant vice president of the Division of College Advancement; dean of the School of Education; and chair of the Department of Special Education, Language and Literacy. He was hired as an assistant professor in 1997 and rose through the faculty ranks to become a full professor in 2006.

Behre began his career in higher education as a research assistant and instructor at the University of Michigan in 1993 while he was working on his doctoral degree. Previously, he was a special education teacher in Brooklyn, N.Y., for four years, and worked in public relations for Burson-Marsteller in New York City for two years.

He has been awarded several research grants, has authored or co-authored numerous scholarly papers and has served as a reviewer for a number of publications, including Urban Education, The Journal of Moral Education and The American Educational Research Journal. He also has served on the boards of several civic and community organizations, including the New Hope-Solebury School Board in New Hope, where he was elected to separate terms as president and vice president.