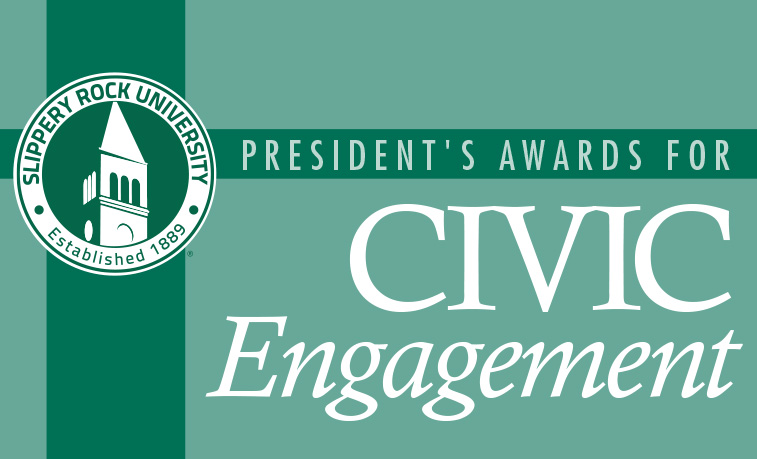 SLIPPERY ROCK, Pa. — Civic engagement at Slippery Rock University has not been diminished during the pandemic -- instead, it has been transformed. Evidence of this is the record number of nominations for the SRU President's Awards for Civic Engagement, recognizing students, employees and community partners for promoting civic engagement through their leadership and innovative practices.

"The large pool of nominations suggest that a lot of civic engagement was still occurring," said Jeffrey Rathlef, said SRU director of community-engaged learning. "A lot of the work that's been going on in the community for several years continues, just in different forms and in virtual meetings. The committee was pleasantly surprised."

The following are the 2021 recipients of President's Awards for Civic Engagement: 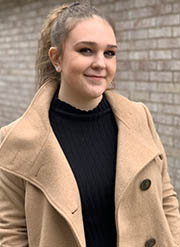 The SRU chapter currently has 15 members and Pattison secured a $660 grant to help expand membership. She helped organize a virtual induction ceremony for new members that was attended by the Pi Sigma Alpha's national director, Sean Twombly.

"We're trying to make students feel like they have a place to interact with one another and have their own little community instead of feeling secluded," Pattison said. "I'm not a social person and I know that it's a struggle sometimes to find where you belong, so I think having a really good group in your major is essential to thriving."

SHEC also partners with at least 10 SRU academic programs and classes to provide students a place to participate in valuable field experiences by serving individuals with disabilities. Classes include Recreational Therapy Services and Equine-Assisted Activities that have used the center as a service-learning laboratory every week during the pandemic. Although SHEC has had to limit large groups from attending because of the pandemic and state safety restrictions, there are still individual riders benefiting from the services and working one-on-one with students.

"This is definitely a great award to receive and it's very unexpected," Gramlich said. "It's nice to see that people realize all the community agencies and programs that we work with throughout the year and how we cover a large area of about seven or eight counties. We bring in people from all areas who utilize the resources we have and make connections within the community." 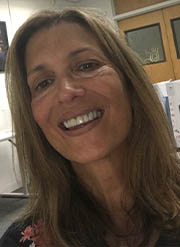 The Community Partner Award went to Early Learning Connections, a nonprofit organization that provides a variety of children's programs in Butler County and surrounding counties as a grantee agency for the Butler County Head Start Program and in concert with the regional Early Learning Resource Center. Through SRU's Early Childhood and Elementary Music Community Engagement initiative, SRU students and faculty have partnered with Early Learning Connections to provide developmentally appropriate music classes to more than 200 preschools students in 24 ELC classes. SRU students who participate are from the Music Education Field II class, as well as student volunteers, all of whom have clearances to work with children.

The program has been running continuously the last seven years but in the last year the 45-minute, weekly sessions were conducted virtually.

"That actually allowed greater participation that has benefited everyone and it has been highly successful," said Elisa Spadafora, ELC's chief executive officer. "The sessions are extremely interactive and it's being integrated into many facets of our curriculum. There's a lot of learning and enrichment that takes place through this program, whether it be for the children, for the families, for the staff, and ultimately for the communities that we serve. We've had a lot of input and assistance from SRU over the years and this is a great example of our partnership."

Spadafora credits her predecessors, such as former CEO Steven Green, for strengthening the partnership and for Ashley Bartley, one of the ELC head teachers, for being a catalyst in the music education program, which was led on SRU's side by Cassandra Eisenreich, assistant professor of music.

The recipients of the President's Awards for Civic Engagement will be formally recognized at SRU's Celebration of Achievement virtual ceremony, 5 p.m., April 19. More information about community-engaged learning at SRU is available on the OCEL webpage.