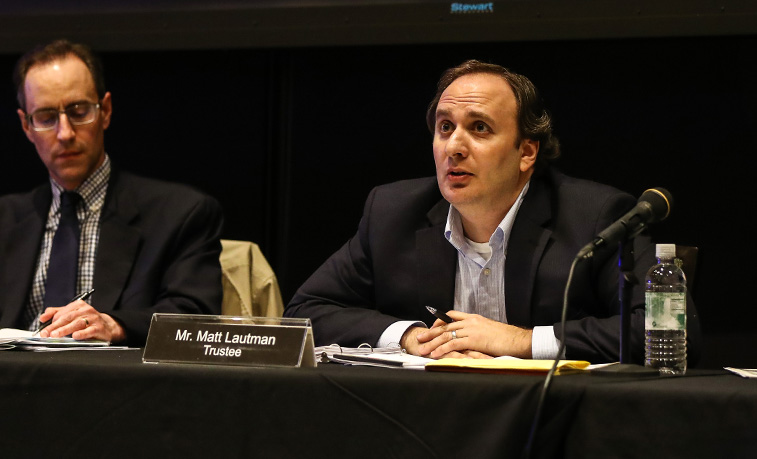 SLIPPERY ROCK, Pa. — The Slippery Rock University council of trustees said goodbye to one of their own while celebrating the accomplishments and achievements of a variety of students today at their quarterly business meeting.

The council bid farewell and commended Jairus Moore, a senior from Rochester and council secretary, who will graduate in May with a bachelor's degree in safety management and a master's degree in criminology for his service on the council.

"Jairus has become a good friend and done a great job representing the students of our University," said Jeff Smith, chair of the trustees. "His work ethic, determination and positive attitude will be missed."

"During my time as a trustee, I had the chance to work closely with students, faculty, staff and community members and those interactions really made me realize just how great the impact of this campus is on the area," said Moore. "As a trustee, I felt blessed to have the opportunity to help find ways to identify problems and find solutions to make our University community better and stronger and help SRU continue as a leading institution in Pennsylvania's State System of Higher Education."

Moore has been the recipient of numerous scholarships, including the U.S. Army ROTC Scholarship, the Triangle Tech Scholarship and the Capt. Kathleen Contres Scholarship.

Moore is a student member of the American Society of Safety Engineers, the Alpha Kappa Psi fraternity and is part of SRU's co-ed cheerleading program.

Dylan Colcombe, a senior health and physical education major from Irwin, will replace Moore on the council beginning in June. Colcombe's appointment has been approved by the governor's office. He will be sworn in prior to the June trustee meetings.

The Marching Pride performed at the 2019 St. Patrick's Day Festival, March 17, capturing the event's "Best Adult Band" and "Best Overall Band" parade awards. "Winning both awards was a surprise for sure, but I knew going into this appearance, with how much the students had worked and grown, that we had a shot," said Jonathan Helmick SRU assistant professor of music and director of bands. "(Winning these awards) really says something about the caliber of what is going on, not only in our program, but throughout the University. Magic can happen and for us, it happened live in front of a half million people." The group marched along a two-mile parade route through the streets of Dublin as one of 11 marching bands from three countries and eight states invited to participate at the event.

The group then rounded out the competition portion of its journey to Ireland by being named "Best International Band" at the 49th Annual International Band Championship in Limerick. Nearly 30,000 people lined O'Connell Street in Limerick to watch The Marching Pride and 19 other bands, comprised of more than 1,000 musicians, compete.

Trustees also recognized the SRU cheerleading squad that competed at the 2019 Universal Cheerleaders Association/Universal Dance Association College Cheerleading and Dance Team National Championships, Jan. 18-20, in Orlando, Florida. SRU placed third out of 12 teams in the Small Coed Division II category and fourth out of 14 teams in the Open All Girl category.

Rounding out the recognition portion of the meeting was the SRU women's field hockey team for having the highest cumulative GPA in NCAA Division II. In doing so the squad earned the 2018 National Field Hockey Coaches Association/Zag Sports National Academic Team Award. SRU owned a cumulative GPA of 3.66 after the fall 2018 semester, which was the second highest in program history. The Rock has led the country in cumulative GPA six times (2010, 2011, 2013, 2014, 2017, 2018) in addition to ranking second in 2012 and third in both 2015 and 2016.

Trustees also heard a presentation from Rebecca Thomas, assistant professor of parks, conversation and recreational therapy; Julianna Sabol, a sophomore public health major from Freedom; and Andrew Sumser, a freshman recreational therapy major from Avon, regarding food justice and insecurities both on campus and in the community.

As part of their committee meetings March 28 and 29, trustees heard presentations from Lauren Moran, director of student engagement and leadership on the enhancement of student engagement through technology via the University's use of CORE; from David Wilmes, associate provost of student success, on SRU's steps to address student food insecurity; and from Elizabeth Hernandez, a senior political science major from Grove City and the Slippery Rock Student Government Association vice president for academic and student affairs, who provided an update on the SGA food pantry that is housed on the first floor of the Macoskey Center. A ribbon-cutting ceremony to mark the grand opening of the pantry will happen April 27.

The council also heard a review of the University's financial assessment from Lois Johnson, State System associate vice chancellor for administration and finance that indicated the University had an outstanding financial picture; and received an internal readiness assessment report update from Christina Yoon, vice president of Campbell & Company relating to an upcoming capital campaign.

Finally, the trustees met with Sean McKitrick, vice president of institutional field relations, from the Middle States Commission on Higher Education, to discuss the processes involved with the University's efforts to earn reaffirmation of accreditation by the MSCHE.

The Middle States Commission on Higher Education is a voluntary, non-governmental, regional membership association that serves higher education institutions across five states, the District of Columbia, the Virgin Islands and Puerto Rico.

MSCHE's accreditation process ensures institutional accountability, self-appraisal, improvement and innovation through peer review and the rigorous application of standards within the context of institutional mission. MSCHE accreditation helps to assure students and the public of the educational quality of participating institutions.

The next phase the reaccreditation preparation process will include the design of a self-study that will gather evidence to ensure that SRU can address the requirements and standards set by the MSCHE; requirements of MSCHE affiliation including the University's governance structure; and the University's own chosen priorities that include:

• Student success.
• Transformation of students through curricular and extracurricular experiences.
• Development of a caring community experience.
• Appropriate use of resources.

The council will next meet June 6-7. 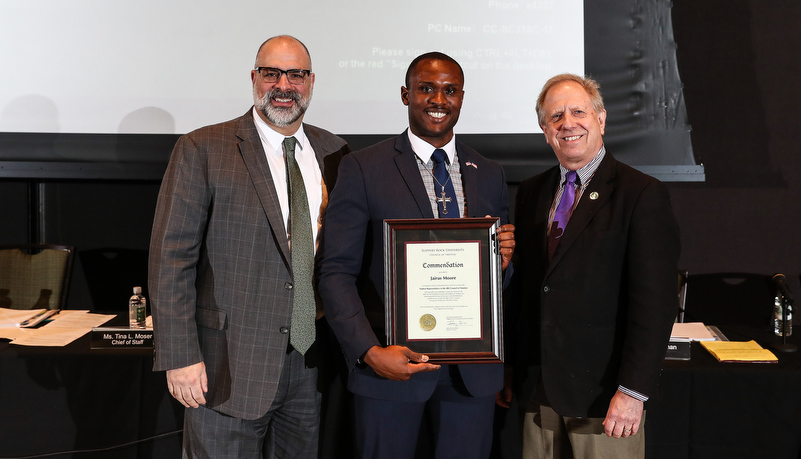 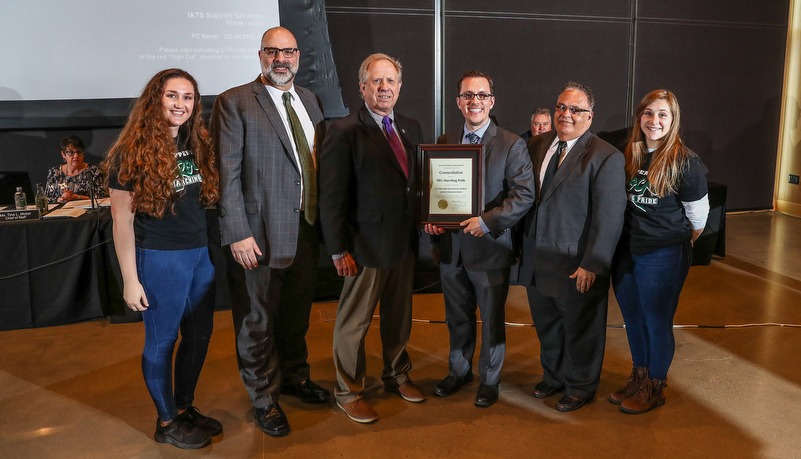 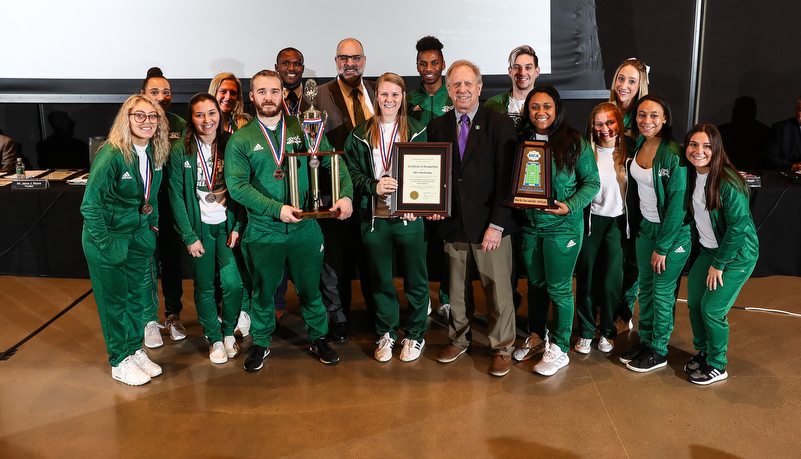 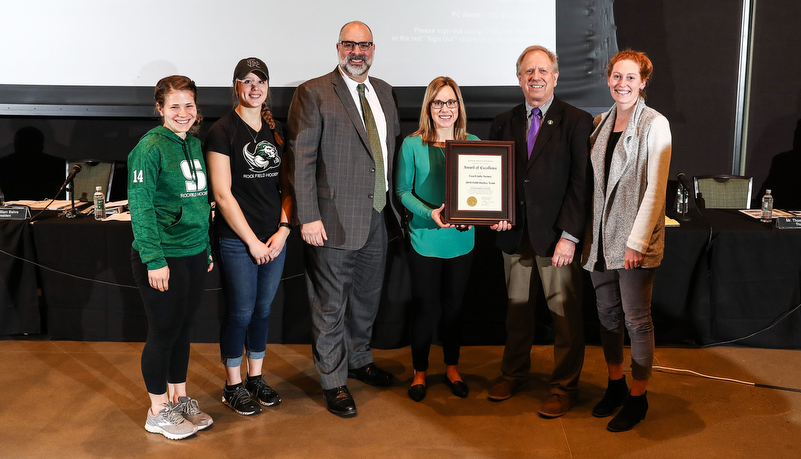